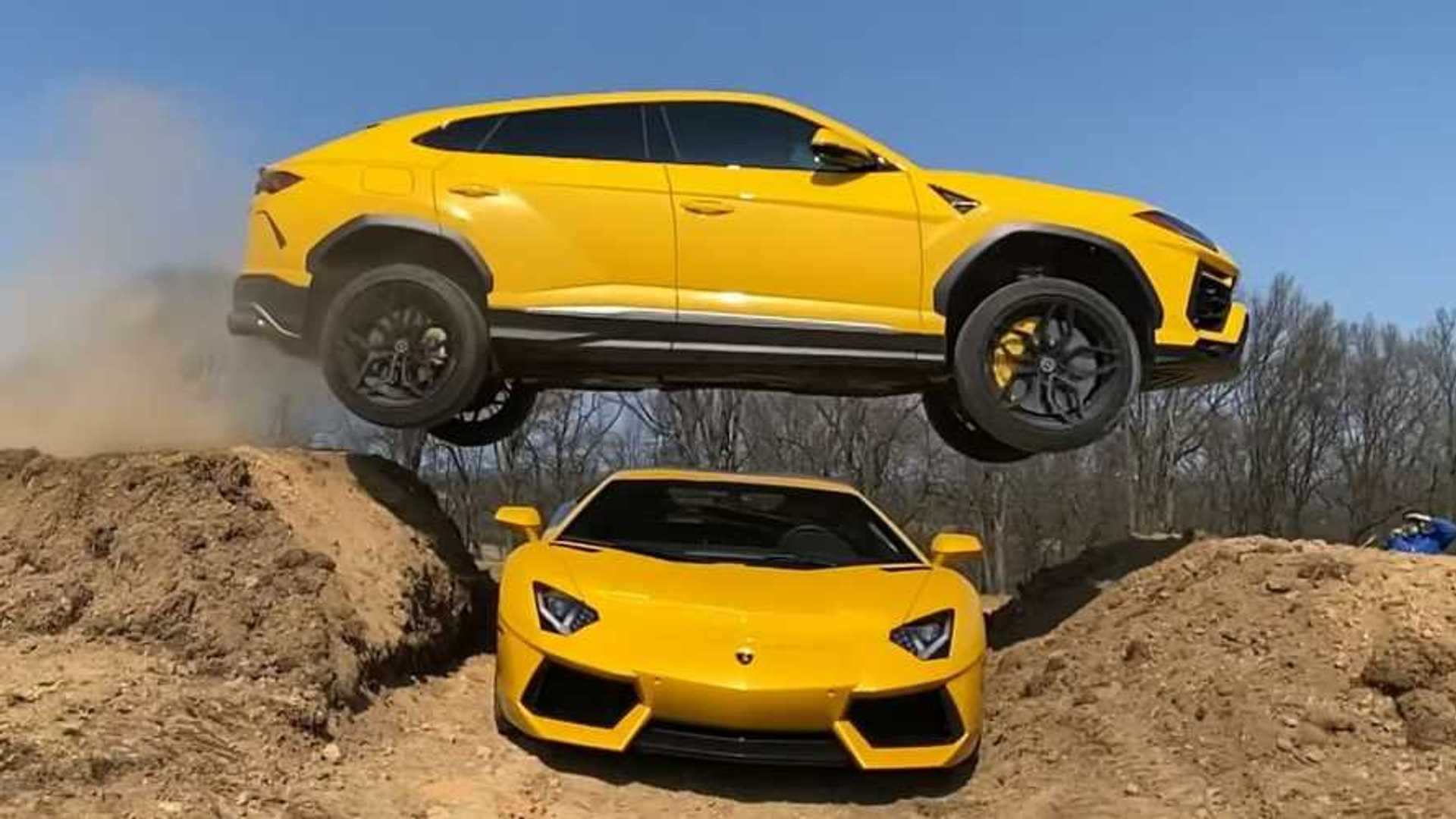 Michael Hyssong, the man behind the YouTube channel Street Speed 717, made a big splash after jumping his Ram TRX over a stream at the beginning of the year. While the super truck survived, there still could be some serious repercussions as the driver is facing no fewer than 18 counts since the Pennsylvania Fish and Boat Commission was not exactly thrilled with his shenanigans.

We're no YouTube experts, but the video has racked up nearly two million views in just three months, so it must be popular and therefore profitable. Street Speed 717 is likely thinking the success of these videos (he also jumped a Ford F-150 Raptor over a Hummer) outweigh the legal risks involved, prompting him to do yet another stunt.

This time around, he used far more expensive vehicles by jumping a Lamborghini Urus over an Aventador. The LM002's spiritual successor actually belongs to his wife-to-be, while the V12 supercar is part of his personal fleet. Setting up the Urus for the jump meant enabling the off-road mode to give it a bit more ground clearance by lifting the air suspension.

In the video explaining the charges brought against him by the PFBC, Michael Hyssong did say the allegations would not hold him back from doing more jumps, promising to build more ramps to shoot additional videos. That is exactly what’s going on here, and the math worked out in his favor as the Urus successfully jumped over the Aventador.

Time will tell whether history is going to repeat itself and the new video will also have legalrepercussions. Considering his YouTube channel is chock full ofvehicular destruction content, it's safe to say he won't be giving up on this sort of content anytime soon.