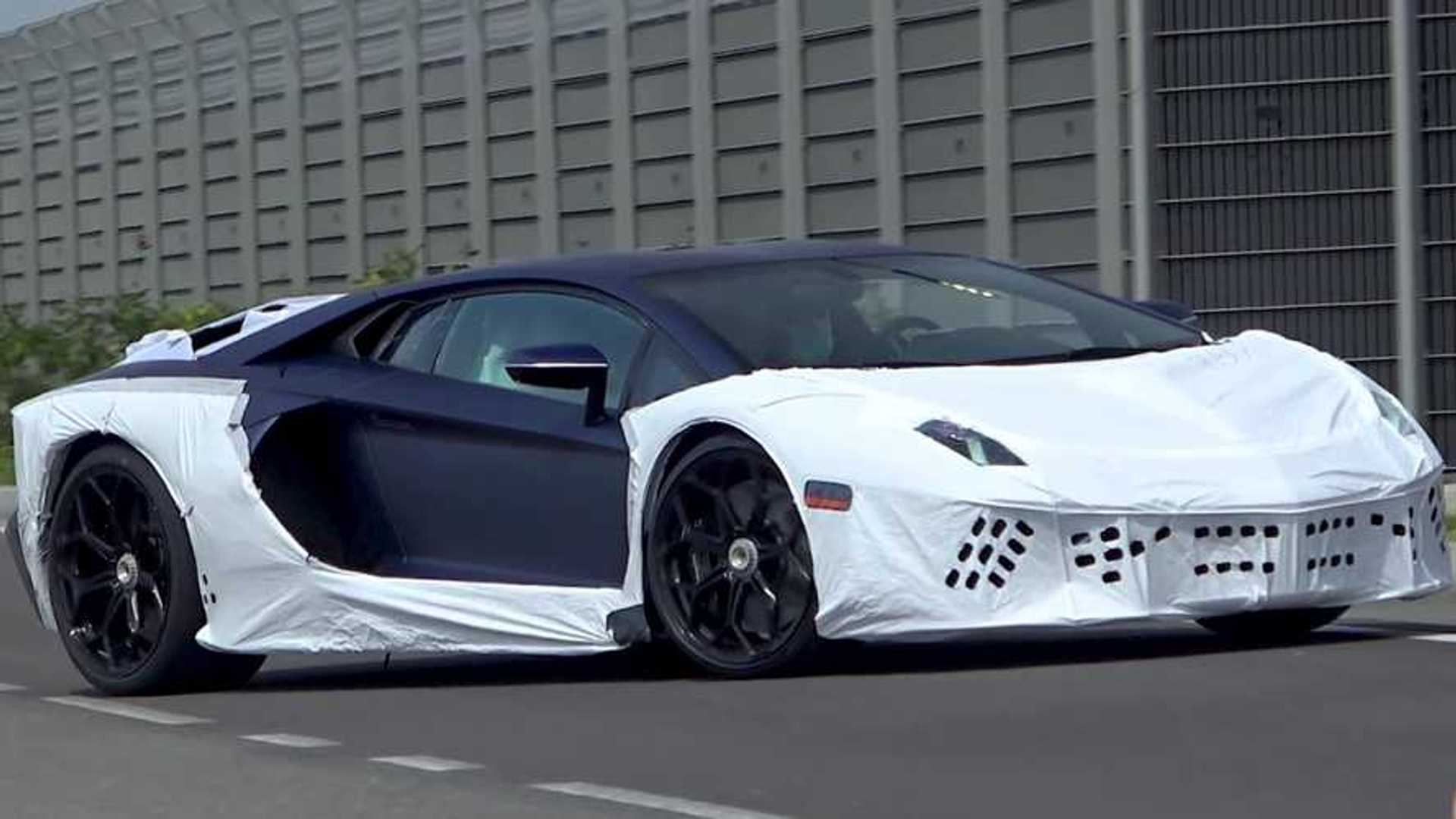 This Lamborghini Test Mule Could Be For The Final Aventador

It's a last hurrah for the Aventador.

The Lamborghini Aventador seems to be getting a grand finale before the introduction of the supercar's successor. The mystery machine reveals some interesting details in this spy video.

Judging by what's visible this vehicle looks a lot like the existing Lamborghini Aventador S. However, the car has the diffuser and exhaust arrangement from the SVJ model. It doesn't have the wing from the higher-performance variant, though.

There's lots of white covering on the nose, hood, side sills, fenders, and upper rear intakes. This only leaves the doors, roof, rear deck, and diffuser exposed. The design changes are difficult to see, but the front fascia appears different by featuring a vertical upright in the middle.

The speculation is that this is the Aventador S Jota (or SJ for short). The model would allegedly push the output of the 6.5-liter V8 to 769 horsepower (574 kilowatts or 780 metric horsepower). That would make it potent naturally aspirated, road-going Aventador in the model's history. Although, the number is a bit less than the hybrid-assisted Sian with a total of 807 hp (602 kW).

Lamborghini debuted the Aventadorin 2011. In September 2020, the company completed the 10,000th example of the supercar. To put that in perspective, theMurciélago, which preceded the Aventador, had a total production run of 4,099 units.

There are more rumors about the Aventador's successor than about this final model. The company confirms plans to reveal two V12 vehicles in 2021. One of them is likely the car in this spy video, and the other would be the next generation. The Lambo of the future reportedly still uses a naturally aspirated V12 engine but with hybrid assistance. Unlike the Sian, the vehicle does not use supercapacitors. Even if it debuts this year, don't expect sales to begin until 2022.