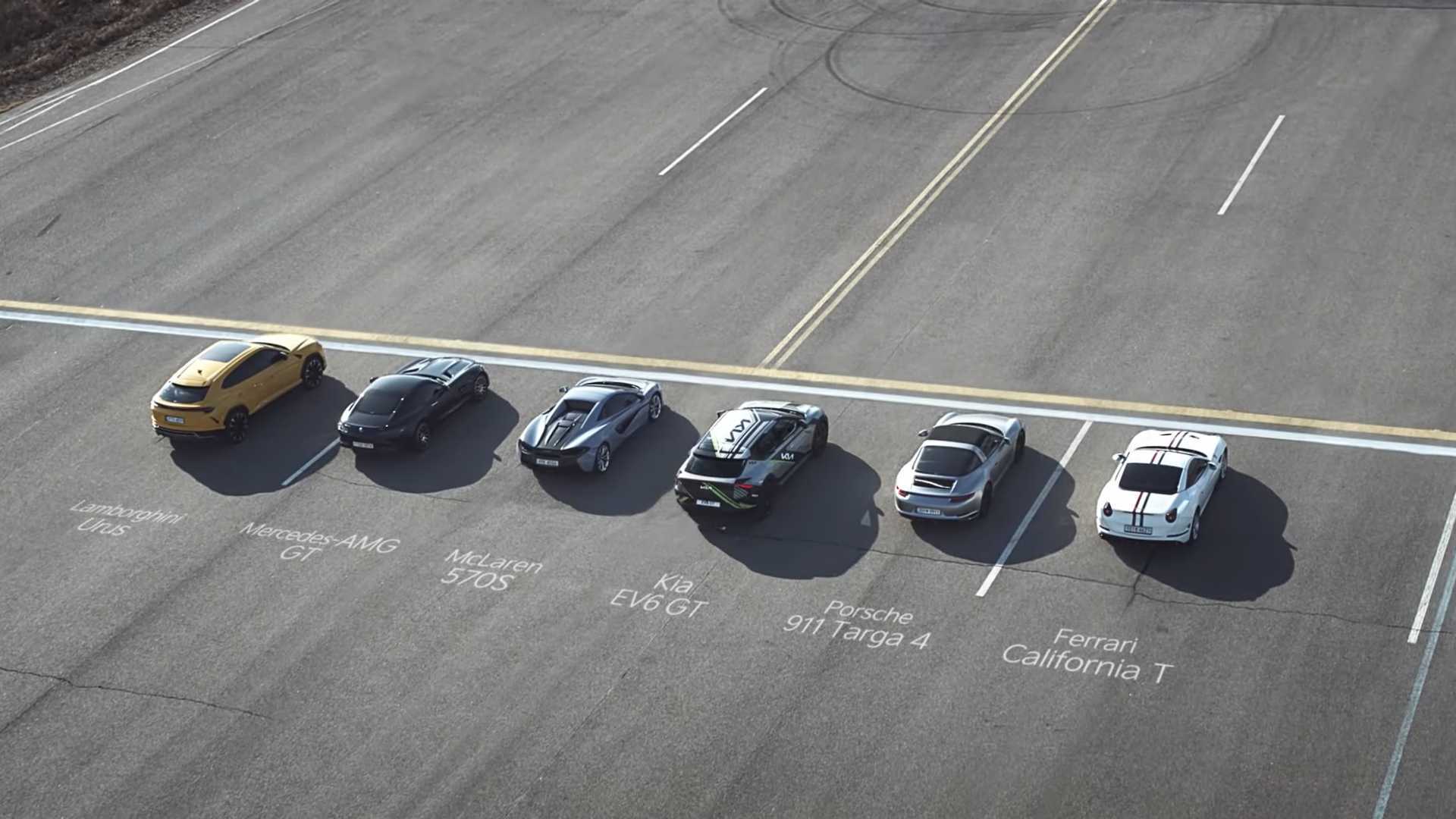 Can Kia’s EV keep up?

Kia isn’t the first brand that often jumps to mind when considering a performance electric vehicle, but its new EV6 is looking to change minds. Kia gave a full rundown of the new model’s specifications today, revealing a top-tier GT trim that packs a performance punch. The EV6 GT arrives with 577 horsepower (430 kilowatts) on tap, and the company demonstrated that power by pitting the crossover against a handful of high-end performance cars.

Kia gathered some stiff competition for the EV6, pitting its crossover against a Lamborghini Urus, a Mercedes-AMG GT, a Porsche 911 Targa 4, a Ferrari California T, and a McLaren 570s. Those are all serious performance machines, though only the Urus is more powerful than the EV6 with 641 horsepower (430 kilowatts) on tap. However, the extra power doesn’t give the Lamborghini any advantage in the drag race. The Kia gets off the line first, keeping the competition at bay for a majority of the race.

However, the EV6 GT doesn’t take first, though it doesn’t lose by much, coming in second while hanging off the McLaren’s rear bumper. The Kia crossover packs a dual-motor setup that also produces 546 pound-feet (740 pound-feet) of torque, which routes through an all-wheel-drive system that propels the EV6 GT to 62 miles per hour (100 kilometers per hour) in 3.5 seconds. Its top speed is 162 mph (260 kph), which is fast for a crossover. Both of those are “development targets,” though we have no doubt Kia will meet those.