Lamborghini actually did it. For the first time in the history of Lamborghini supercars, the storied company from Sant'Agata Bolognese revived a nameplate for a new vehicle. It's not just any nameplate either – the Countach is arguably the exotic car that created the supercar segment. And now, after 30 years, it lives again.

First thing's first. You can't have a Lamborghini Countach without a V12 and this one has it in spades. The familiar 6.5-liter naturally aspirated engine develops 769 horsepower (573 kilowatts) on its own, but it has help in the form of a 34-hp (25-kW) electric motor powered by Lamborghini's 48-volt supercapacitor tech. With everything combined, the Countach cranks out 803 hp (599 kW) to all four wheels through a seven-speed gearbox. Lamborghini says it reaches 60 miles per hour in 2.8 seconds, 124 mph in 8.6 seconds, and if you never lift, wind resistance will stop you at 221 mph. It's easily the quickest, fastest Countach ever. 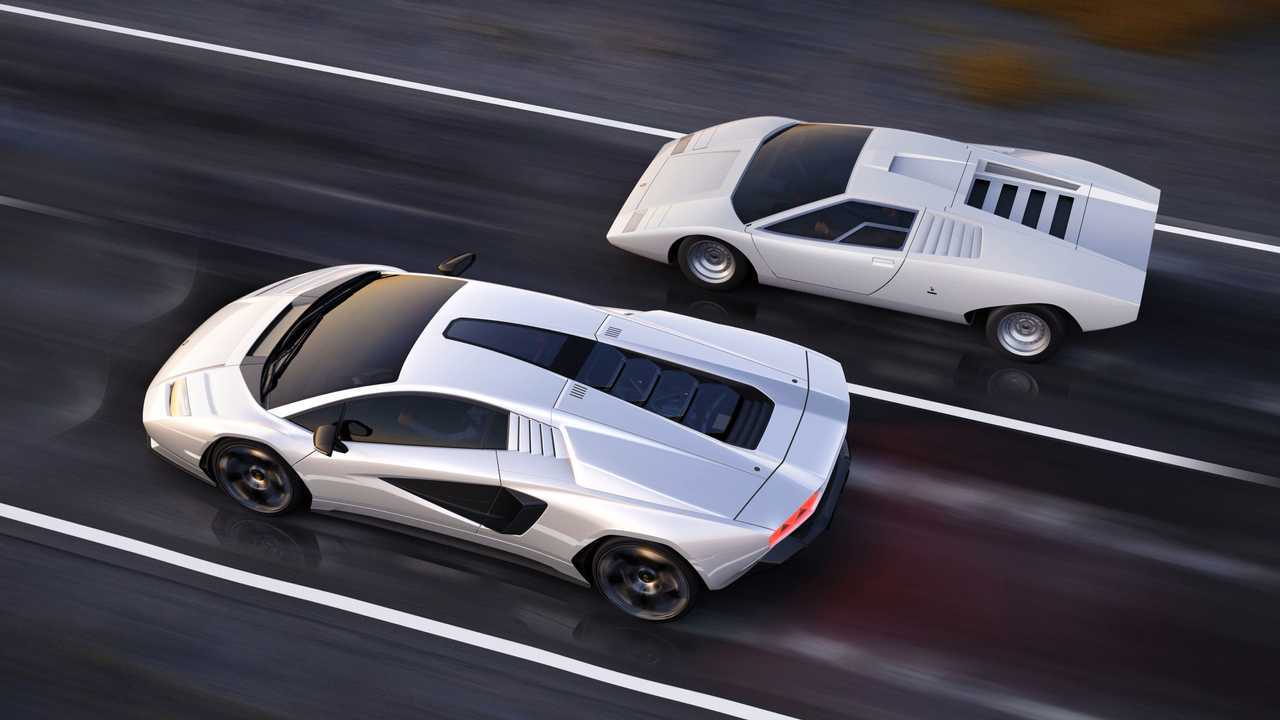 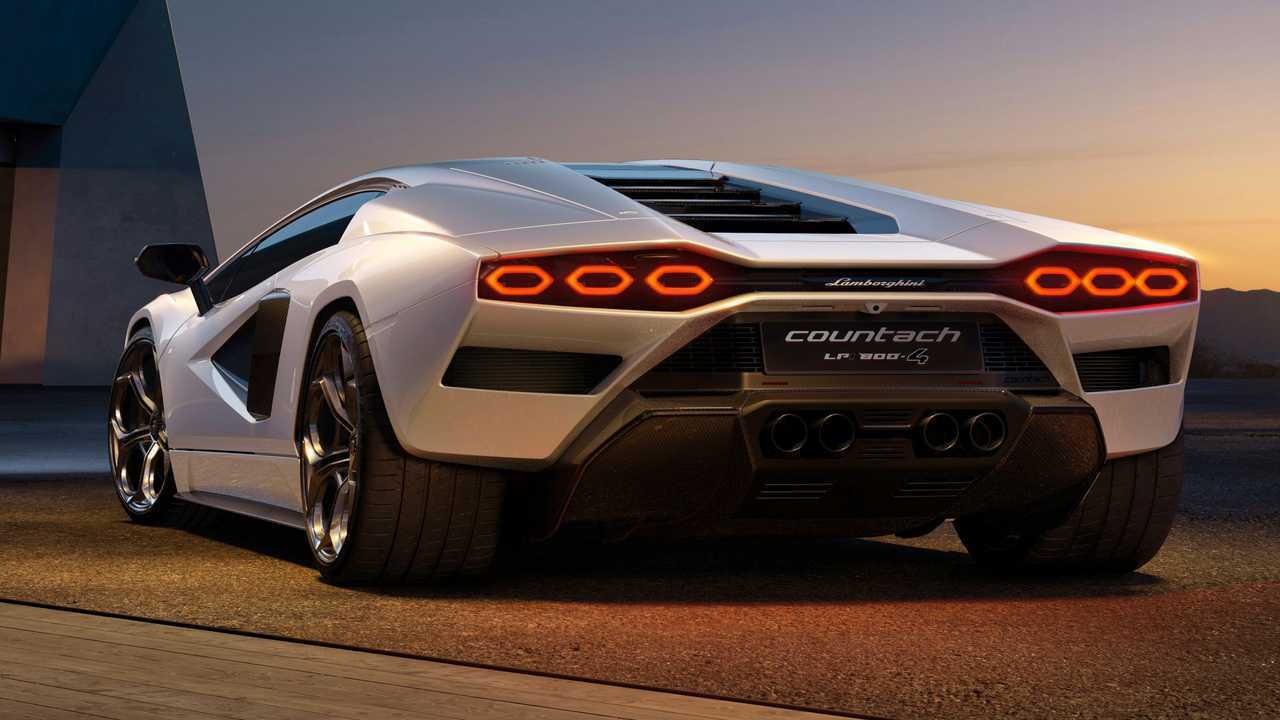 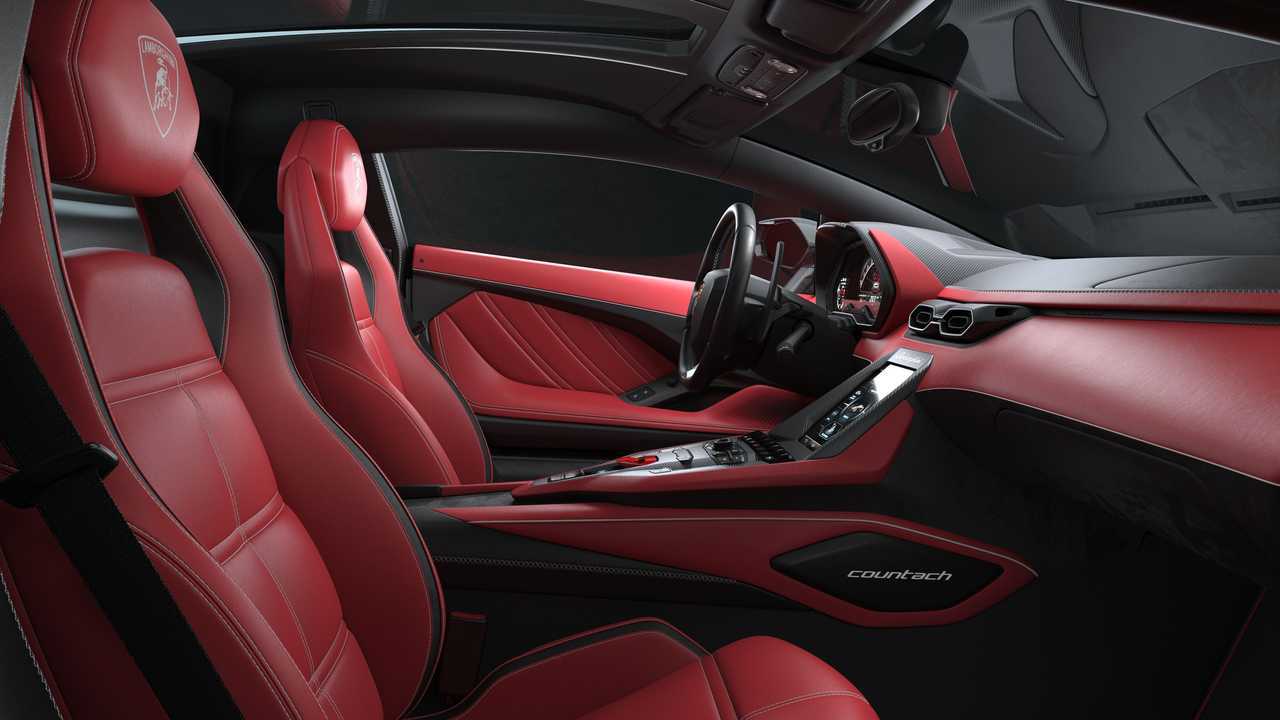 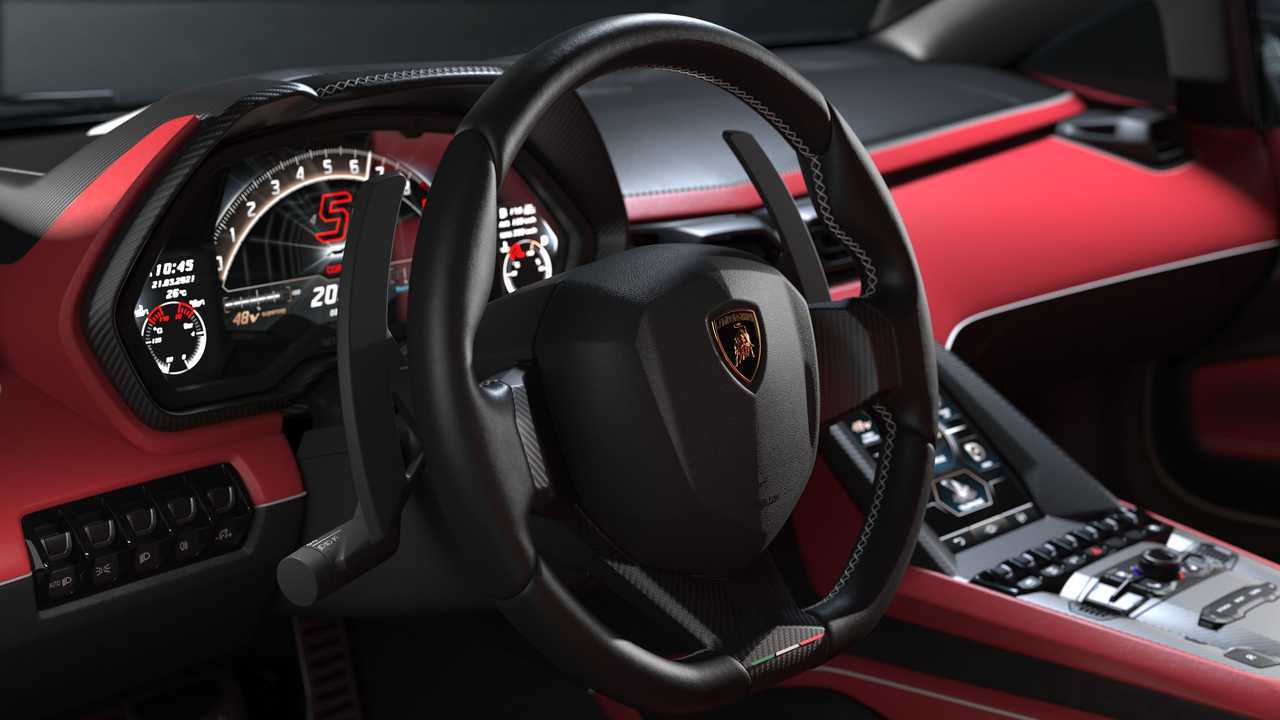 If this seems very familiar, you're not wrong. The Countach borrows the same hybrid powertrain from the Sián FKP 37, though power here is slightly less. That's not the only similarity to the Sián either – the scalloped roof that blends into a retrotastic Countach engine cover matches theSián, as do the hexagon taillights. The interior is also the Sián layout, though you'll find Countach branding and minor differences that honor the classic supercar.

Interestingly, the shared exterior design features also pay homage to the original Countach, and we refuse to think it's a coincidence. The Sián debuted nearly two years ago, so if Countach was on the minds of Lamborghini executives for that long, kudos for keeping it a secret.

Sticking with styling, the cleaner lines of early Countach LP400 serve as the primary inspiration for this reboot. The nose is properly flat, and while it doesn't sport pop-up headlights, designers added depressions behind the headlights that mimic the old lenses. At the back, you'll find more simplicity with a modest inverted-wedge fascia hosing the aforementioned taillights and quad exhaust outlets. On the sides, arrow-shaped scallops in the doors merge with massive side intakes to mimic the iconic NACA ducts on the original Countach. And of course those are scissor doors.

The styling cues aren't entirely LP400. The gills behind the side windows come from the original Countach prototype. The upper side vents behind them are more prominent as seen on the LP500 S. The wheels – 20 inchers in front and 21 inches at the back – adopt the distinct phone dial design that first appeared on the LP400 S and remained a Countach staple until the end. The front fascia takes cues from the LP5000 S Quattrovalvole, but you won't find the big fender flares or the V-wing that made the Countach famous. And you won't find the Testarossa-inspired side strakes that appeared on the 25th Anniversary Countach. 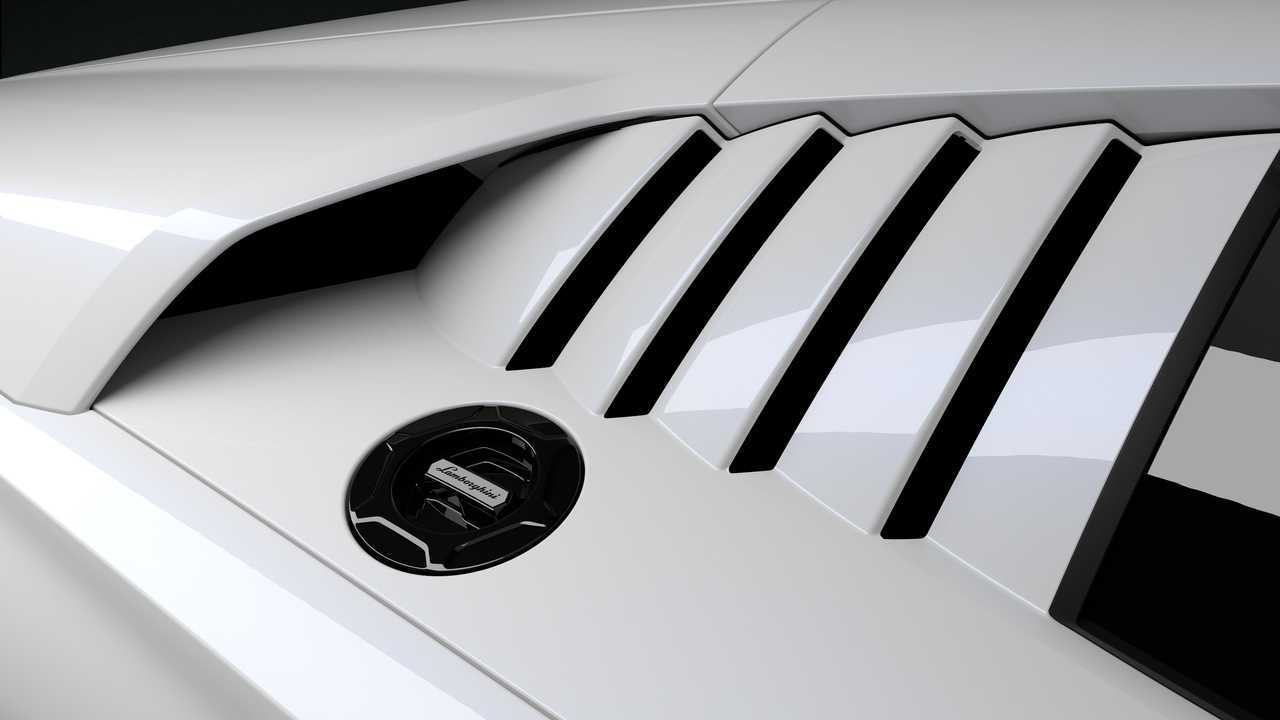 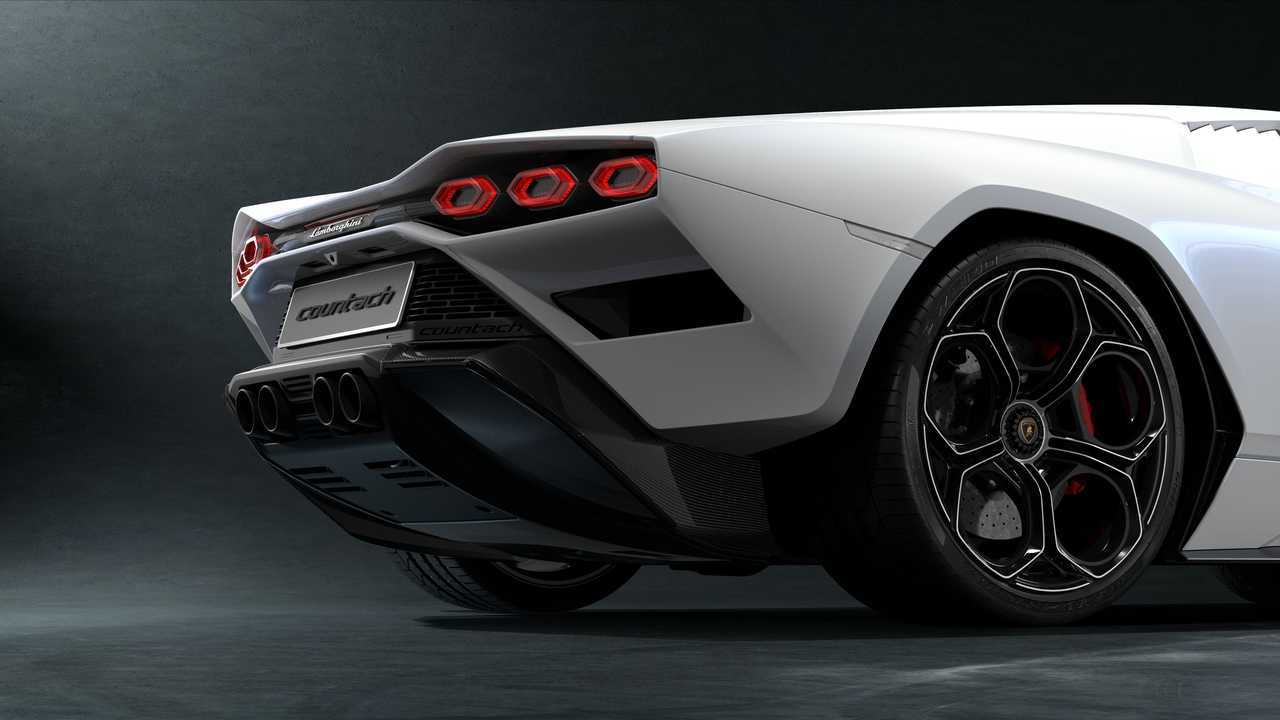 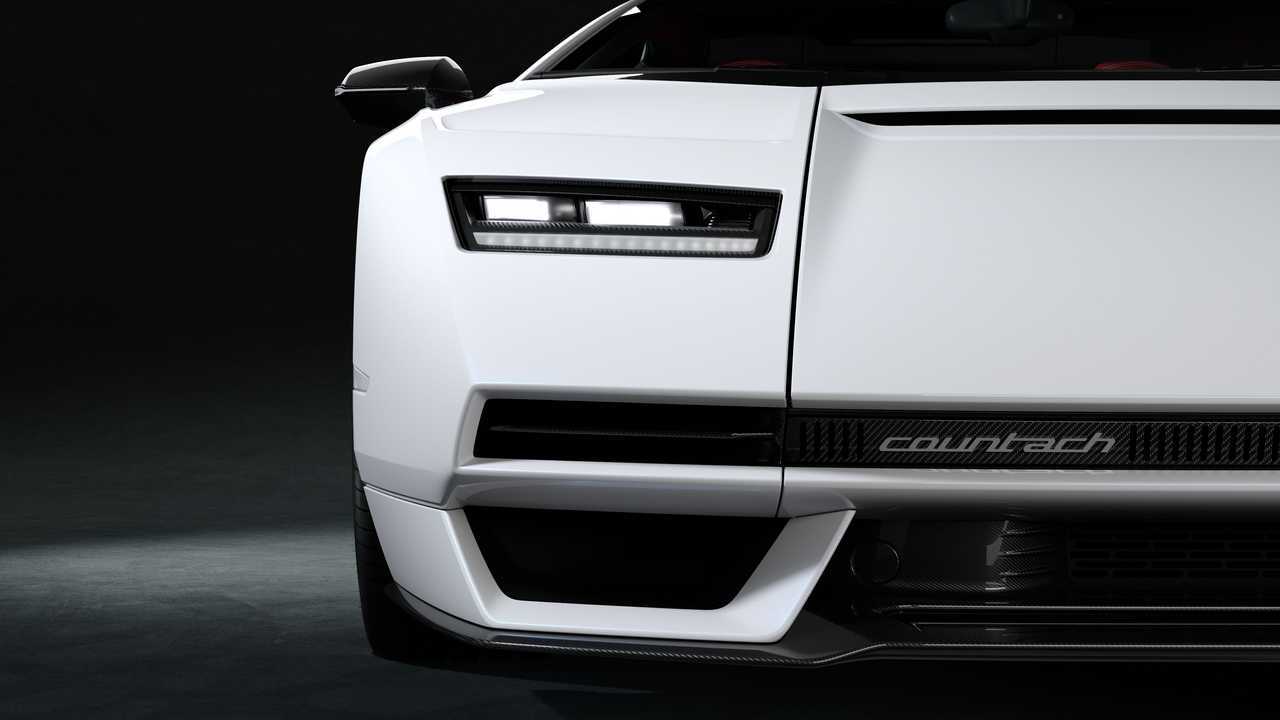 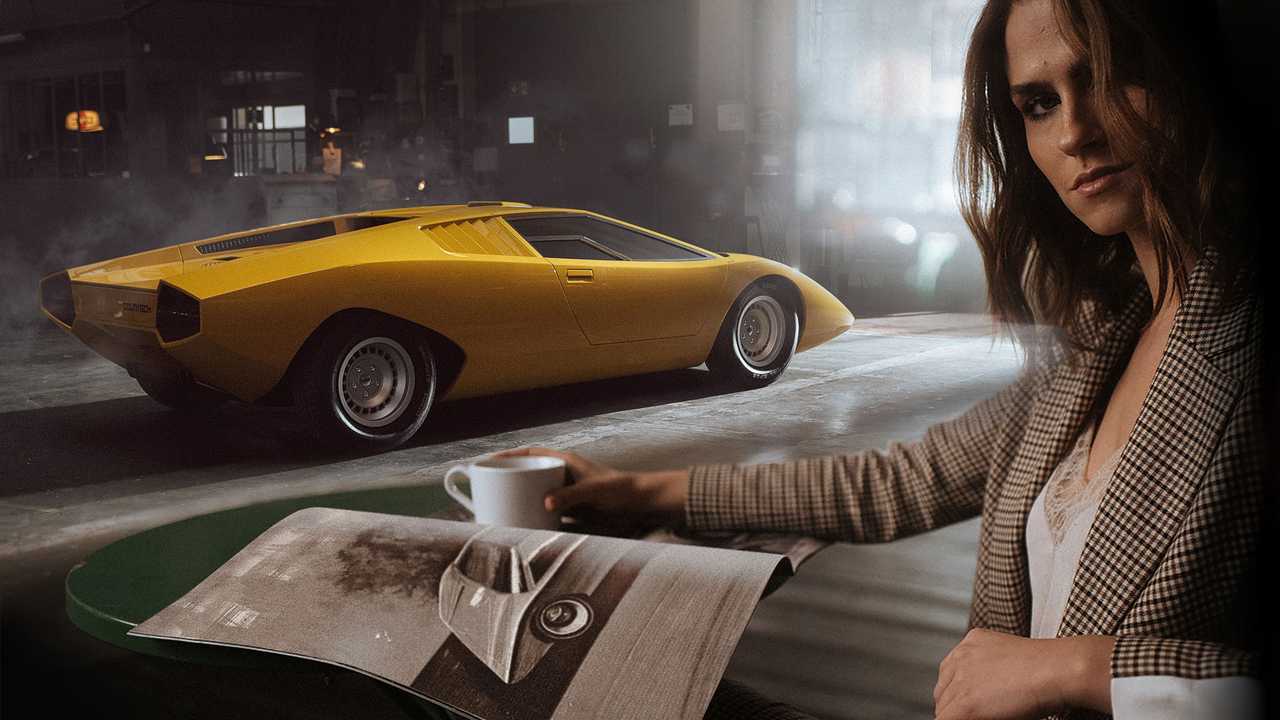 We mention those last bits because we suspect people might find this Countach reboot a bit underwhelming. Yes, it is a reskinned Aventador that shares components with the Sián, and it's missing the features that elevated the Countach to legit pin-up status in the 1980s. For that matter, it's devoid of all the various curves, contrasting angles, winglets upon winglets, and plethora of vents we've grown accustomed to on modern hypercars.

Then again, it's not trying to mimic a modern hypercar. It's an homage to a larger-than-life automotive icon, and while we confess to not knowing Lamborghini's future, we suspect it's also a wistful sendoff to Lambo's high-power V12 era. Technically it's a hybrid, but with nearly all of its power coming from that twelve-pot with an 8,500-RPM redline, there's no mistaking its supremacy in the internal-combustion world. The V12 will live on with Lamborghini, for a little while anyway. But it almost certainly won't scream like this one.

Now for the million-dollar question, and we mean that literally. Lamborghini hasn't said how much the new Countach will cost, but rumors say it's over the $1 million mark. We do know that just 112 will be built – another Countach homage to the original prototype's LP 112 designation. 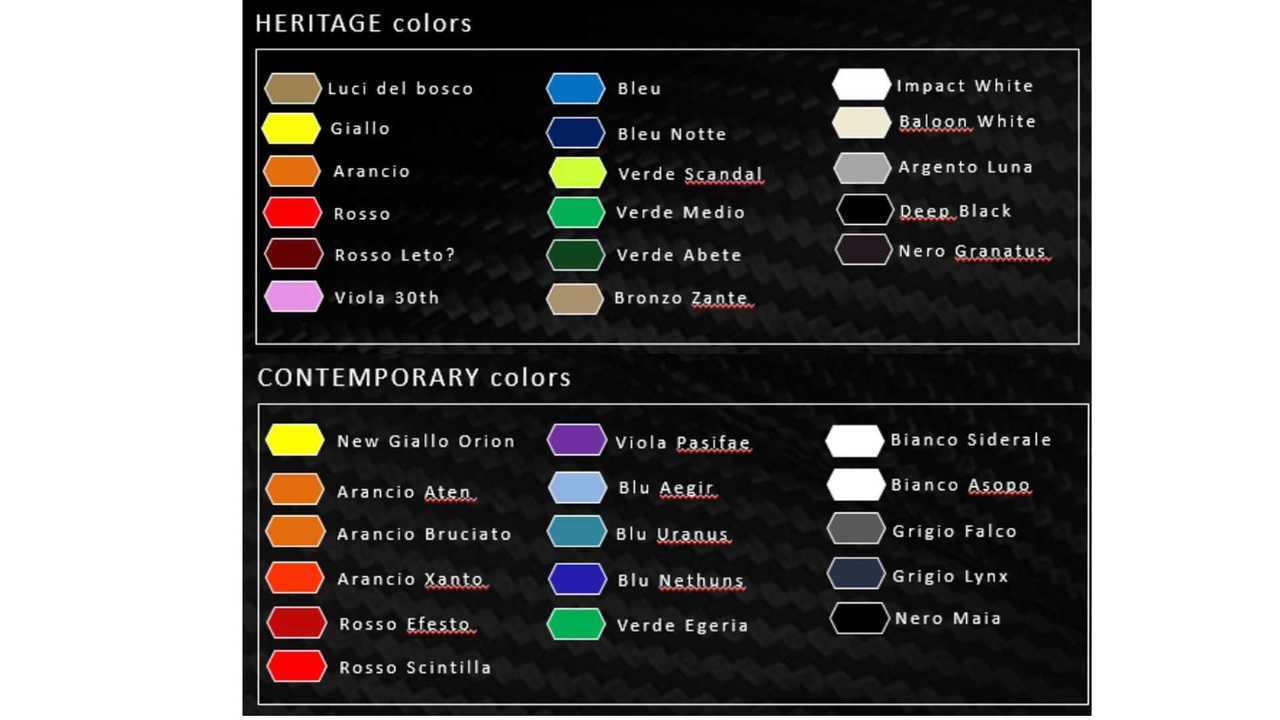 We also know Lamborghini is pulling out all the stops when it comes to colors and trims, reviving original 1970s Countach colors along with more modern shades to offer over 30 choices. Frankly, we can't wait to see one in Bronzo Zante.

For the lucky few who manage to get one of the 112, deliveries start in the first quarter of 2022.