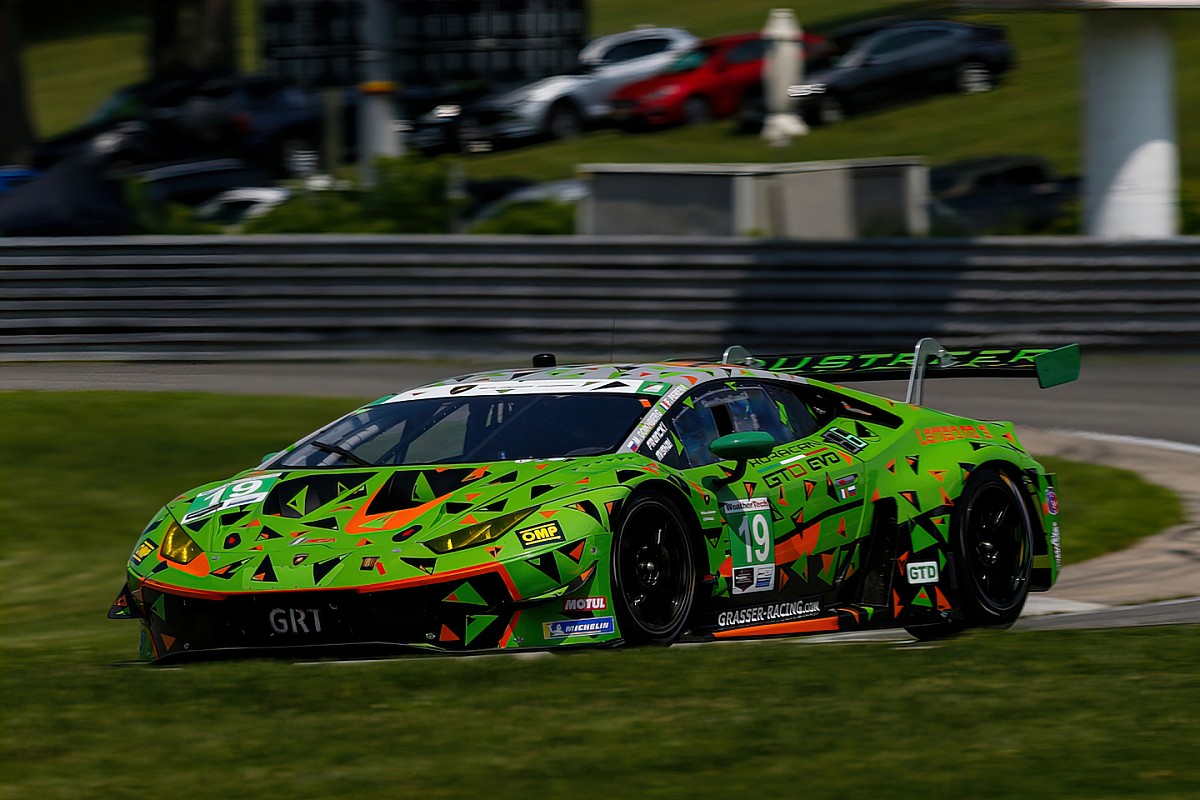 The Northeast Grand Prix sees IMSA WeatherTech SportsCar Championship return to the 1.5-mile track in Connecticut for the first time since 2019 (due to COVID cancelation in 2020) and is therefore the first outing on the track for the Corvette C8.R that was introduced last year.

But that didn’t stop Garcia and Nick Tandy, from registering a Corvette Racing 1-2, over 0.3sec clear of their only GT Le Mans-class rival, the WeatherTech Racing Proton Porsche 911 RSR driven by Mathieu Jaminet.

On such a short lap, the fastest GT Daytona runner was just 2sec slower, and that honor went to Perera who in the GRT Lamborghini he shares with Misha Goikhberg, lapped the course in 52.499sec.

That was just 0.028sec faster than multiple Lime Rock race-winner Pat Long in the Wright Motorsports Porsche 911 GT3 R, a car he said earlier this week was well suited to the high-speed nature of the course.

Barely finishing behind these two mid-engined cars was Ross Gunn in the Heart of Racing Aston Martin Vantage, a hair faster than former IndyCar driver Jack Hawksworth in the faster of the two Lexus RC Fs entered by Vasser Sullivan Racing.

Laurens Vanthoor made it two Porsches in the top five slotting the Pfaff Motorsports 911 just ahead of Bryan Sellers’ best effort in the Paul Miller Racing Lambo.