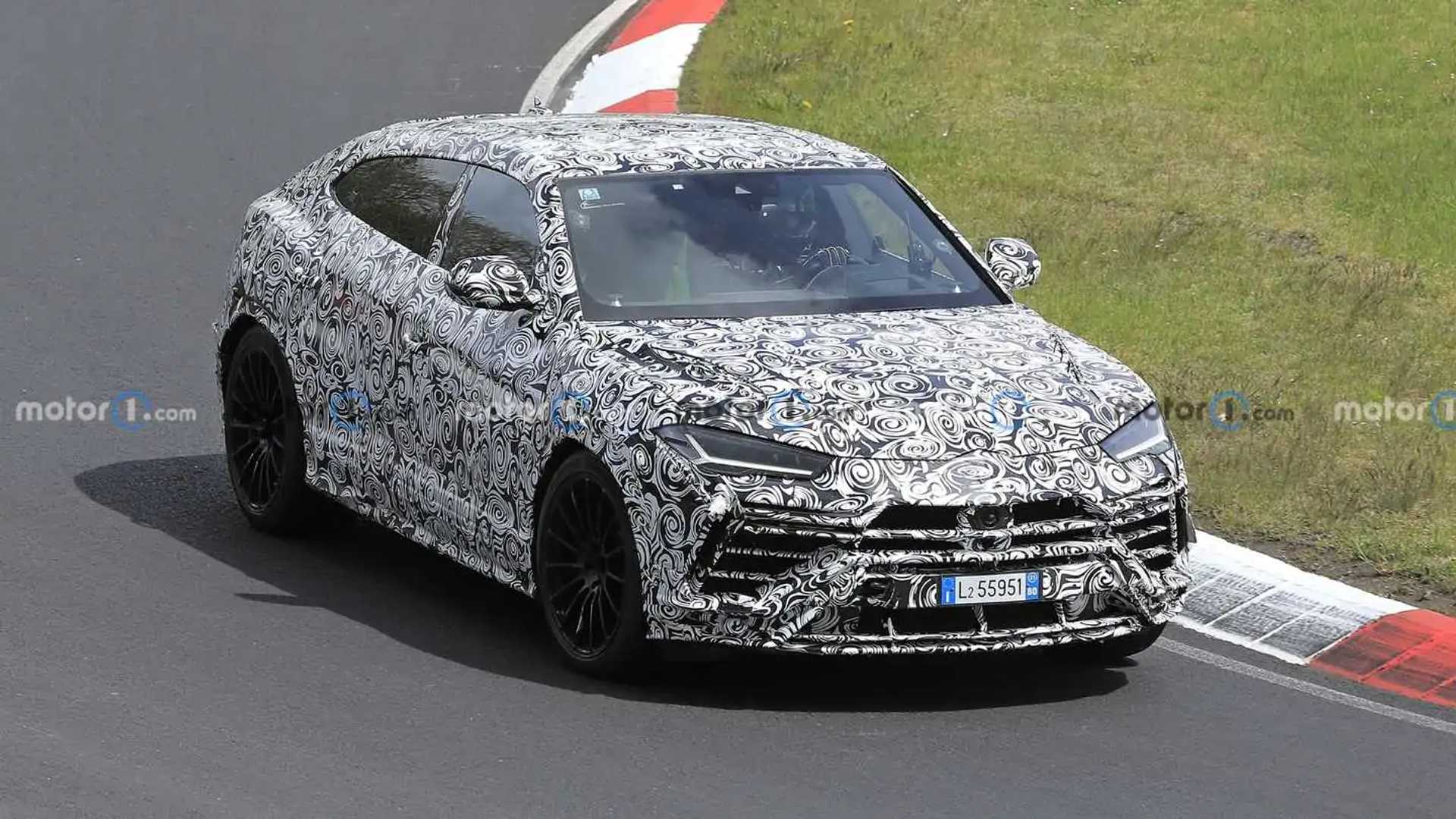 It's coming next year.

With 4,391 units delivered, the Urus was Lamborghini’s best-selling model in the problematic 2020. The super-SUV was once again the most important vehicle for the Italian brand accounting for more than half of Lambo’s overall sales. Some three years after its debut, the Urus is getting ready for a mid-cycle refresh that should keep it fresh and in a good position against the competition for another three or four years. It should debut next year.

Our photographers caught the Urus Evo testing at high speeds on the Nurburgring. We can’t judge its actual pace by just looking at the attached photos, though it’s obvious that the SUV remains pretty stable in the corners with minimal body roll. We can only imagine the growling V8 is accompanied by a healthy dose of tire squeaking.

This is a heavily camouflaged prototype, though there are no fake body panels to obstruct our view of the production body. The camouflage foil does some good job in hiding the little details but it closely follows the forms of the front fascia and we can actually see the design of the bumper. A few months ago, our exclusive rendering uncovered the design of the Urus Evo’s front end.

It’s too early to say whether the facelifted Urus will get a power boost, though we can all but confirm the standard model will carry over with the pre-facelift 4.0-liter twin-turbo V8, generating 641 horsepower (478 kilowatts). Minimal hardware changes and possibly new ECU software could increase the output a little but don’t expect huge gains.

Just earlier this week, Lamborghini confirmed it will electrify its entire range, which means the Urus will eventually receive a hybrid powertrain. If we are to believe a report from March, the performance SUV will get a plug-in hybrid system with about 820 hp (611 kW).