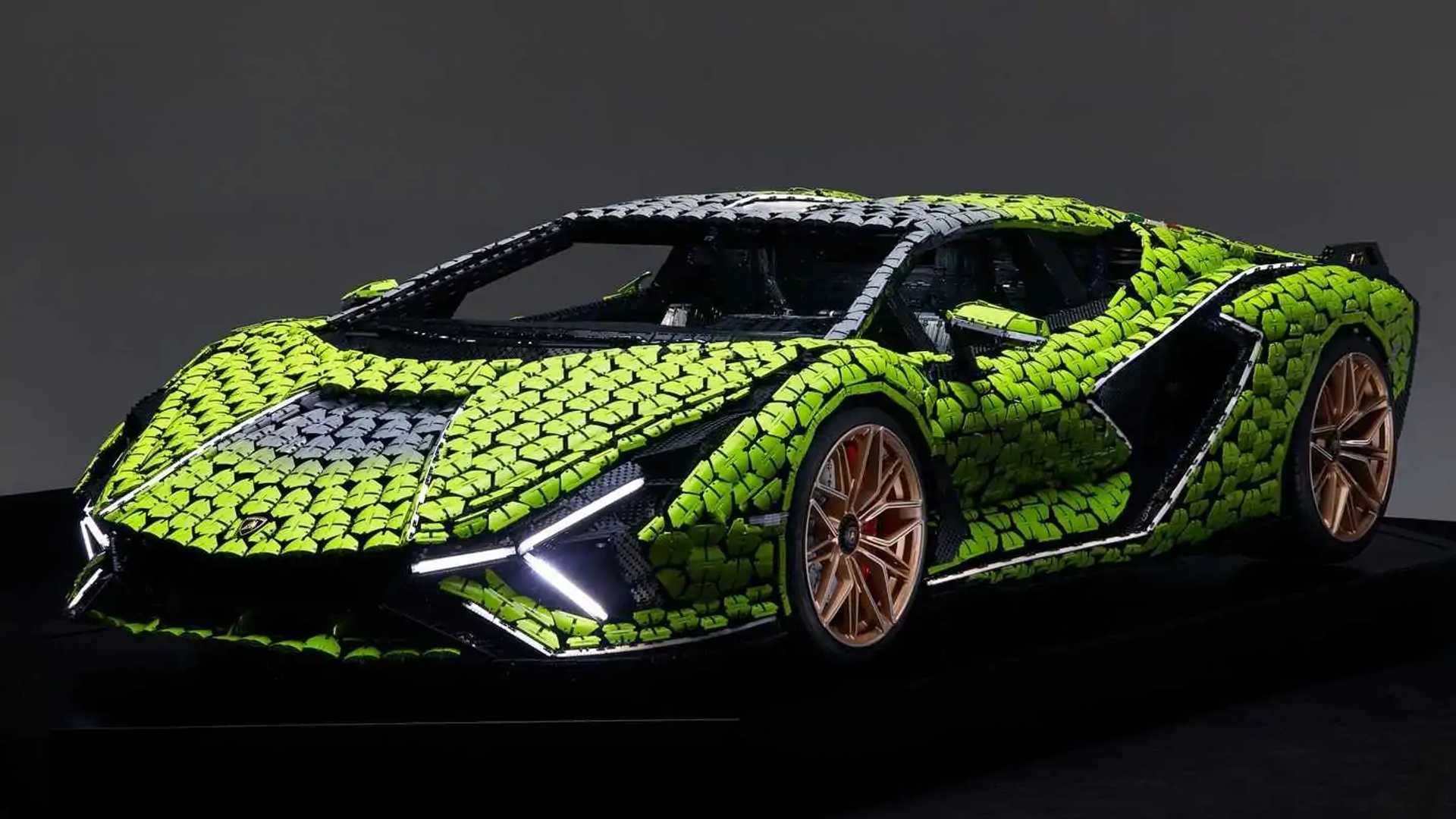 More than 400,000 pieces were used, including 20 that had to be specifically developed for this build.

Lamborghini's very first production hybrid received the Lego treatment a little over a year ago when a 1:8 scale model came out with nearly 4,000 pieces and a working rear spoiler. It was a follow-up to the Porsche 911 GT3 RS and Bugatti Chiron from the Lego Technic Ultimate Series, and much like those two high-end sports cars, the Sián is now getting a 1:1 replica.

You can imagine the number of pieces has grown quite a bit as the life-size Lego Sián is made from more than 400,000 pieces, 20 of which had to be custom made specifically for this build. With 100 times more pieces than the 1:8 scale model, it doesn't come as a surprise the 1:1 replica is quite heavy. It tips the scales at 2,200 kilograms (4,850 pounds), thus making it considerably heavier than the actual electrified hypercar.

The impressive project represents the end result of 5,370 hours of development and 3,290 hours of production to create a Lego build with the exact same physical dimensions as the real Sián. Yes, it's 4,980 millimeters (196 inches) long, 2,101 mm (83 in) wide, and 1,133 mm (45 in) tall, complete with functional headlights and taillights made entirely from Lego Technic elements.

A team of 15 design, engineering, and building specialists from the Czech Republic was responsible for the 1:1 Lego Sián replica. Those hundreds of thousands of pieces were painted using a paintbrush-effect coating by none other than Lamborghini's official car painter. That's a first for a Lego model, as is the use of a hexagonal shape to form the outer shell. In addition, it's the first life-size replica to get an illuminated strip.