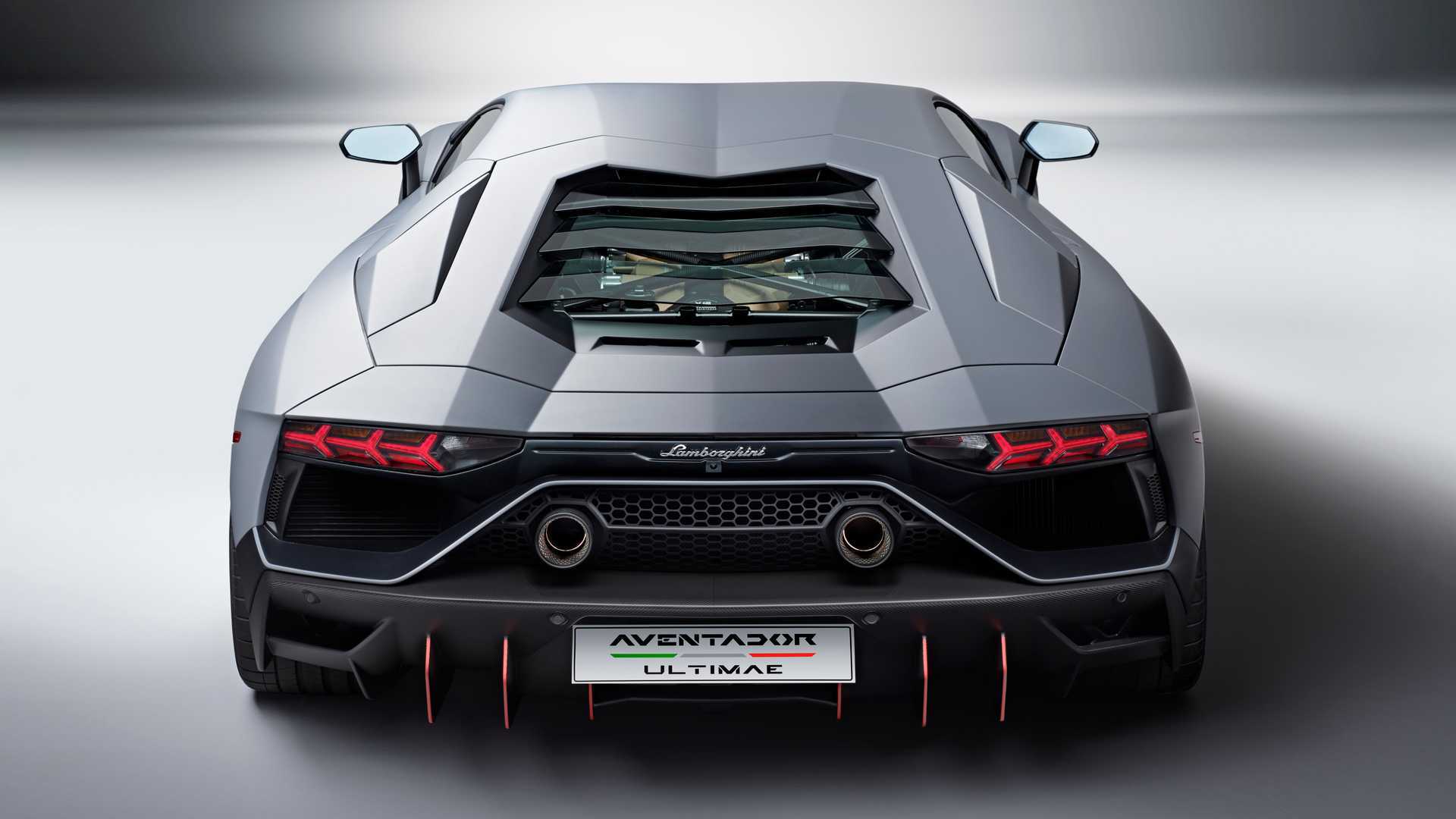 Friends, it's time to raise our glasses to Lamborghini. Whatever drink you may favor, let us virtually toast the end of a fantastic, glorious era. Lamborghini isn't going away, but the Aventador is. And it's taking the last naturally-aspirated Lambo V12 engine with it.

Lamborghini says the Aventador LP 780-4 Ultimae fuses the very best features of all previous versions while offering a modest power boost to its 6.5-liter V12. Developing 769 horsepower (574 kilowatts) at a heavenly 8,500 RPM, it is the most powerful au naturel 12-lunger to ever come from Sant'Agata Bolognese, so at least the engine will bow out at the top of its game. The ultimate evolution of the ultimate evolution, if you will.

But are we really certain this is Lamborghini's last naturally-aspirated V12? In its press release for the Aventador Ultimae, Lamborghini states this is "the grand finale of the traditional V12 combustion engine, and the ultimate Aventador in every sense." If that's not clear enough, Lamborghini president Stephen Winkelmann flat out says the Ultimae is "the final, purest, timeless naturally-aspirated production V12 Lamborghini. It is the last of its kind: it delivers the maximum power and conclusive performance expected from Lamborghini’s current V12 engine, combined with our inimitable flagship’s design DNA."

An Ode To Italian V12 Engines:

It doesn't get any clearer than that, but it's important to note that the V12 may not be dead in the grand scheme of things. Lamborghini's official language is careful to include mentions of traditional and naturally-aspirated. It's entirely possible– and quite likely from our vantage point – that future Lamborghini supercars could use a V12 in a hybrid configuration. Yes, that already exists with the Sián, but we're talking about a more conventional hybrid arrangement versus theSián's supercapacitor system. Smaller-displacement V12s with turbochargers could also be an option.

Whatever the future holds for Lamborghini, take a long look at the Aventador LP 780-4 Ultimae. You'll never see another new Lambo like it again.