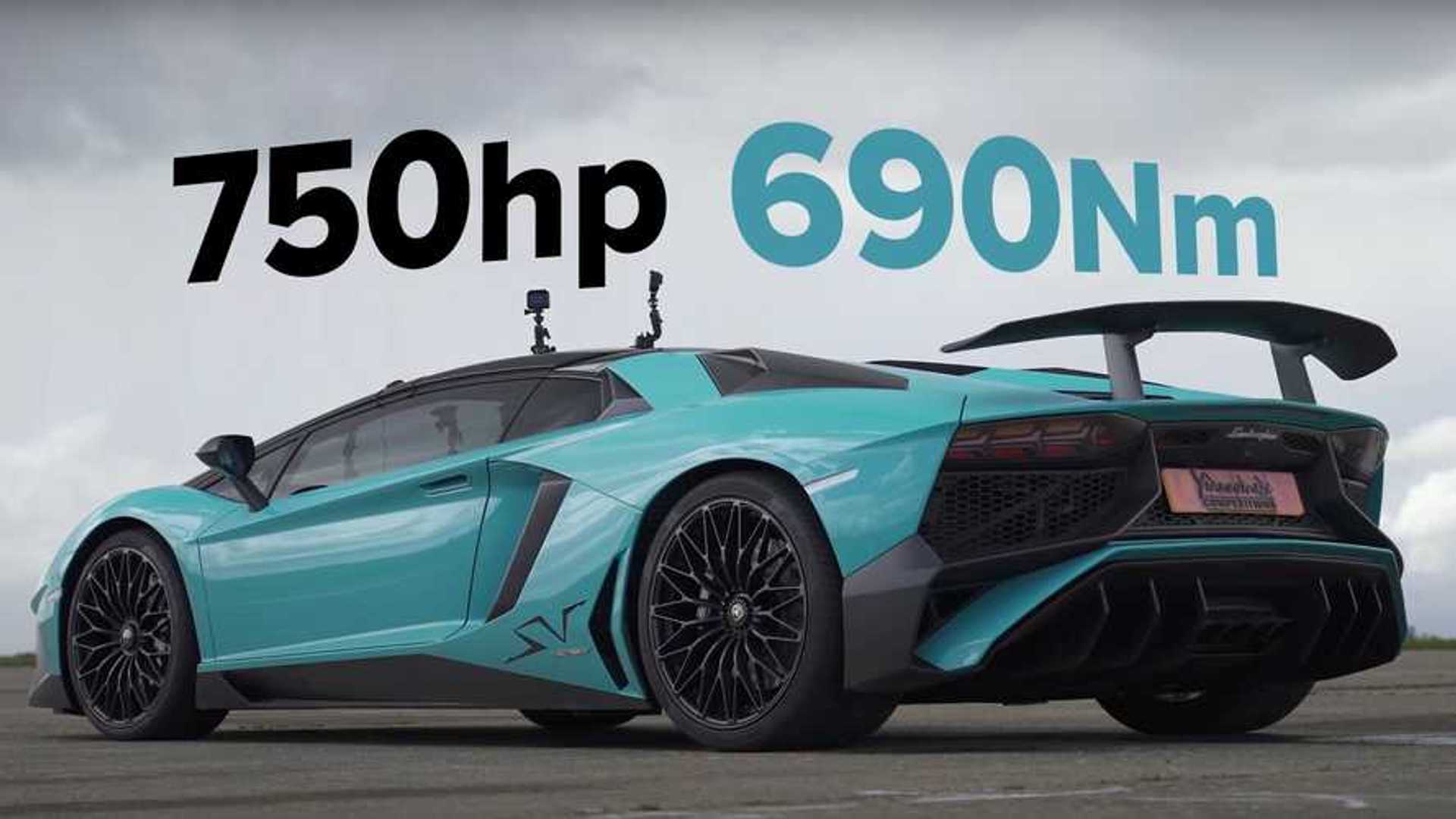 These aren't just some old hatchbacks.

Have you ever wondered how quick a rallycross car really is? To showcase the insane performance from these mudslinging hatchbacks, the carwow team drag raced an example from three different class levels against a Lamborghini Aventador SV Roadster. At the starting line, this may look like a very unfair race, but there’s more than meets the eye with these rapid rally cars.

So, besides extreme styling what does the Lamborghini Aventador SV Roadster bring to this drag race? For starters, power comes from a 6.5-liter naturally aspirated V12 the pumps out an incredible 750 horsepower (552 Kilowatts) and 507 lb-ft (690 Newton Meters) of torque. This powerful V12 engine is mated to a 7-speed single-clutch automatic transmission. The Lamborghini Aventador SV Roadster utilizes a clever all-wheel-drive system to put the power down and help with launches. Lamborghini claims a 0 to 60mph time of only 2.9 seconds.

Here to compete with the Lamborghini Aventador SV Roadster we have three different class levels of rallycross cars used in the 5 Nations British Rallycross championship. This unique motorsport involves sprint races around a dirt and tarmac track with only the top finishers advancing until a final heat race takes place. These fast-paced races require a strong start which is why these race cars very good off the line. Things like launch control, four-wheel drive, and sequential gearboxes ensure quick acceleration.

At first glance, this may seem like an unfair fight to drag race a Lamborghini Aventador SV Roadster against a couple hatchbacks and a strange buggy. As it turns out this race is far from one-sided once again proving you cannot judge a car's performance simply by looking at its exterior.