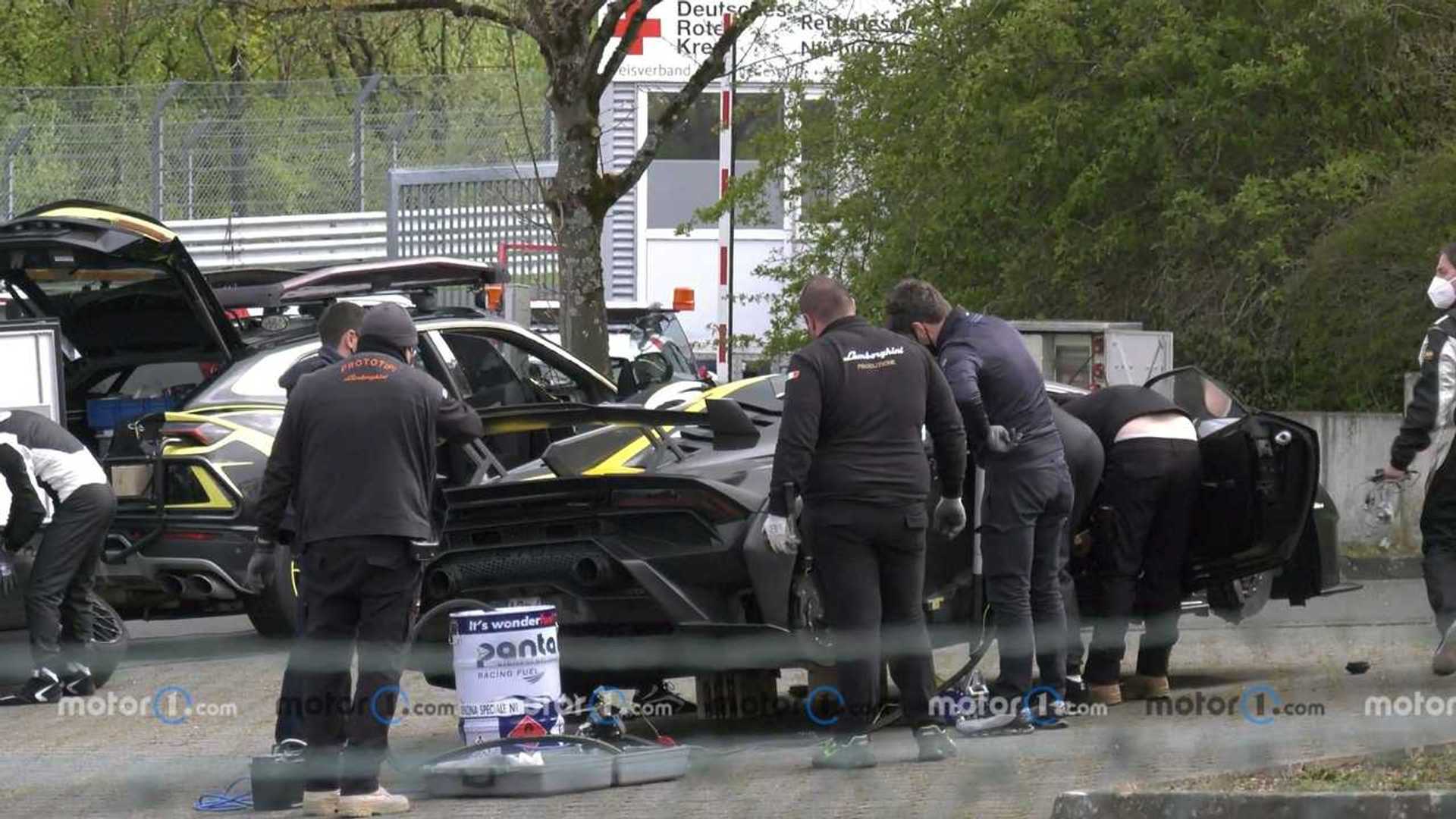 What are you up to, Lamborghini?

Ever since Lamborghini unveiled the Huracan Super Trofeo Omologata, we've been wondering whether the folks from Sant'Agata Bolognese would take the STO to the Nürburgring for a record-breaking attempt. After all, the Huracan Performante was once the Lord of the 'Ring, but the Mercedes-AMG GT Black Series currently holds the title for the fastest street-legal production car at the Nordschleife.

Guess what? It's happening. A prototype of the Huracan STO was spotted this week at the challenging German track going at full tilt. While the high-speed action is exciting to watch, the first part of the spy video is perhaps more interesting. CarSpyMedia caught Lamborghini's team preparing the mid-engined V10 supercar for the run, and we've noticed an interesting detail. 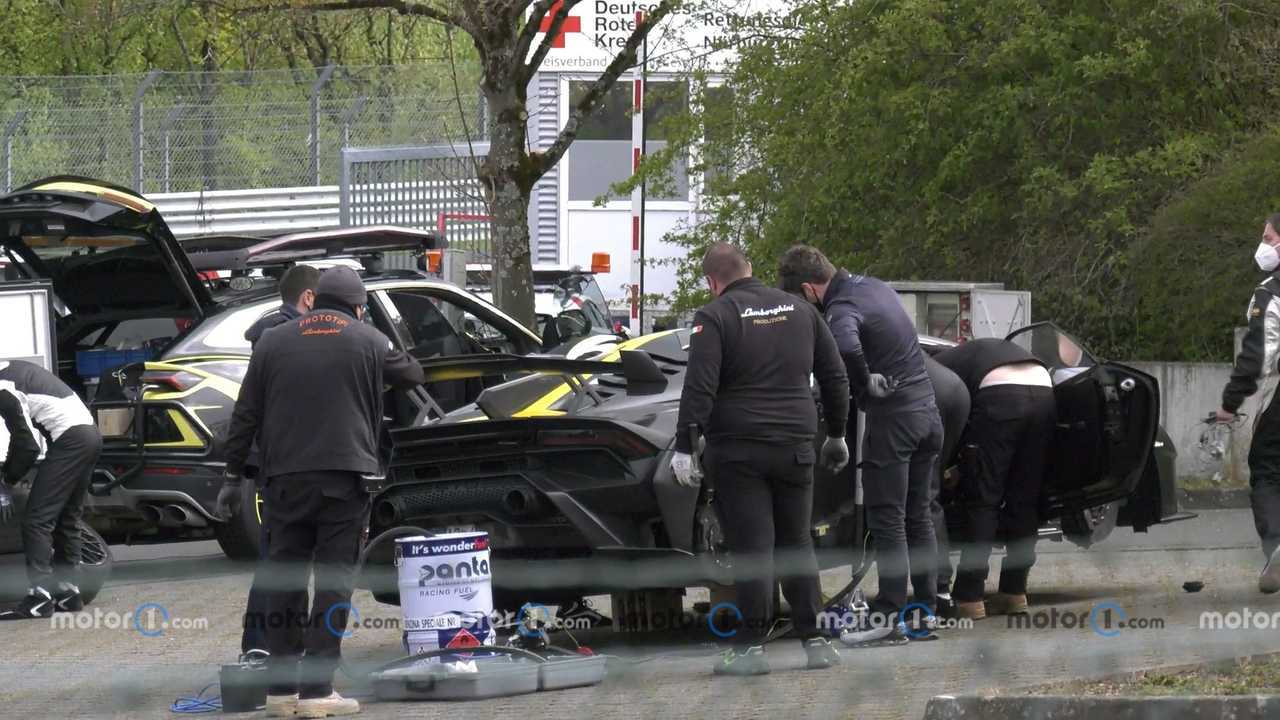 There's a gas can with a label that says "benzina speciale," which is Italian for "special gasoline." The gas can itself has Panta branding, a company specialized in racing fuel. As a matter of fact, we can clearly see it says "racing fuel" underneath the company's name. Does that mean Lamborghini is using track-only fuel to set a record for a road-going car? That wouldn't be fair game, so we're giving the company the benefit of the doubt as there might be some sort of innocent explanation.

Ok, perhaps the Huracan STO's fuel tank doesn't contain the regular gasoline the European side of Motor1.com puts in its cars, but if Lamborghini wants to set a legitimate record, it needs to play by the rules. We're hearing an official "time attack" session is taking place today, so you can rest assured we'll be seeing more from Lamborghini. AMG is believed to be there as well with the Black Series in an attempt to improve its record-holding 6:43.61 time.

Get Up To Speed With The Super Trofeo Omologata: