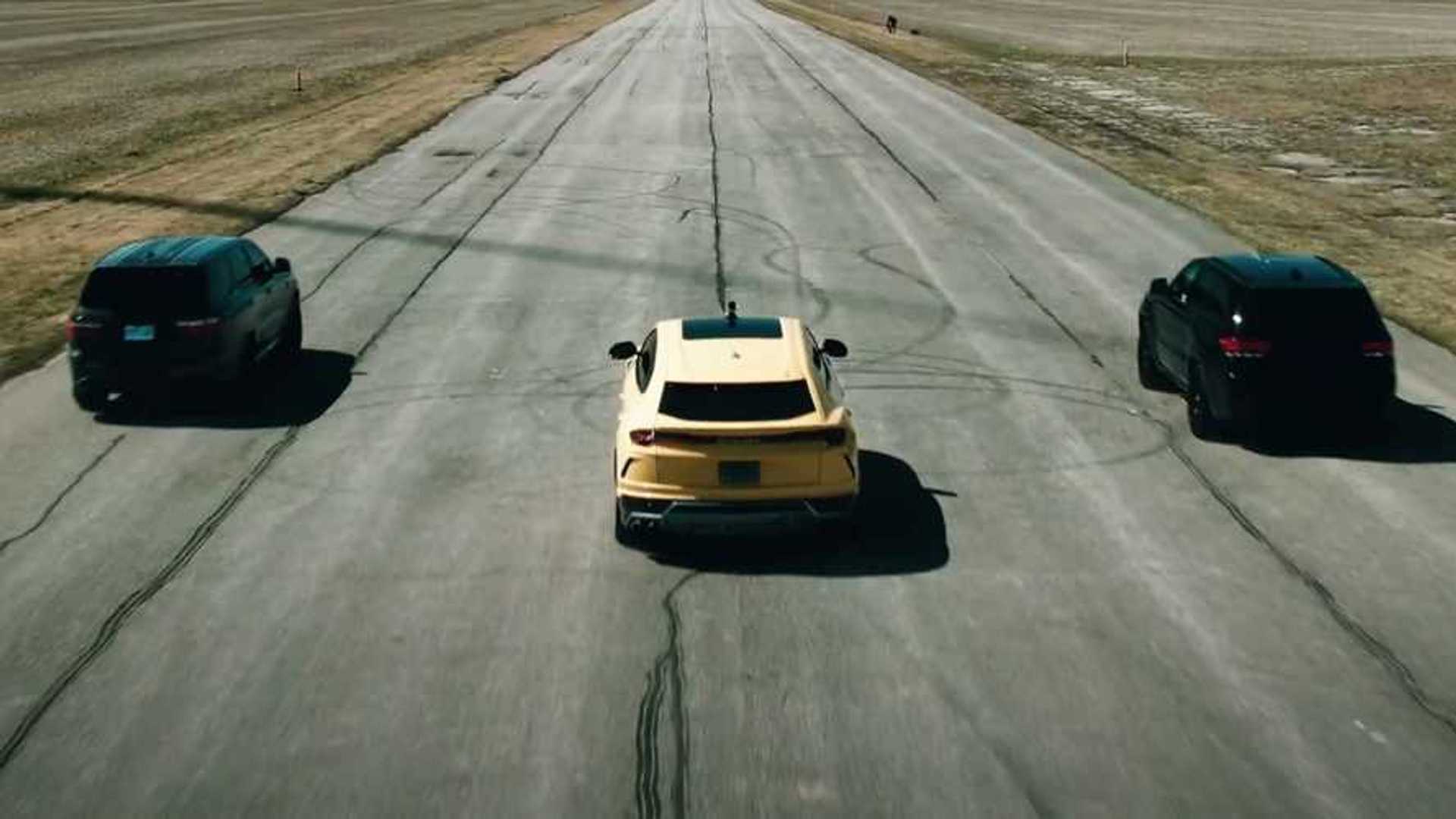 SUVs today don’t have to be boring. The larger vehicles sport larger engine bays, and automakers are eager to fill that up with horsepower. Performance staples like Lamborghini did it with the Urus, with mainstream brands like Dodge and Jeep getting in on the action, too. Each offers a high-performance SUV, but how do they compare? The latest Throttle House YouTube video answers that question with a series of drag races.

The first race has all three using launch control, with the beefy Durango getting an early lead that the other two can’t close. The Urus trails the American duo, the cold temperatures affecting its ability to get traction at launch. The second race kicks off without launch control, though the results are the same, with the Durango finishing first. The last race starts from a roll, and it’s a reminder that traction matters. The Lamborghini pulls away from the two when the hammer drops, securing its only victory. Also surprising in the final race was the Jeep, which took second place from the Durango.

Bet On Some Other Races:

Overall, all three SUVs showed similar performances on the track, with none standing far above the others. It’d be interesting to see the race ran again at warmer temperatures to see if the Urus could improve against the two, though the fact that two American SUVs can hassle an Italian supercar maker is fun. However, the rolling drag race hints at the Lamborghini being a much better match against the American hot-rod SUVs.