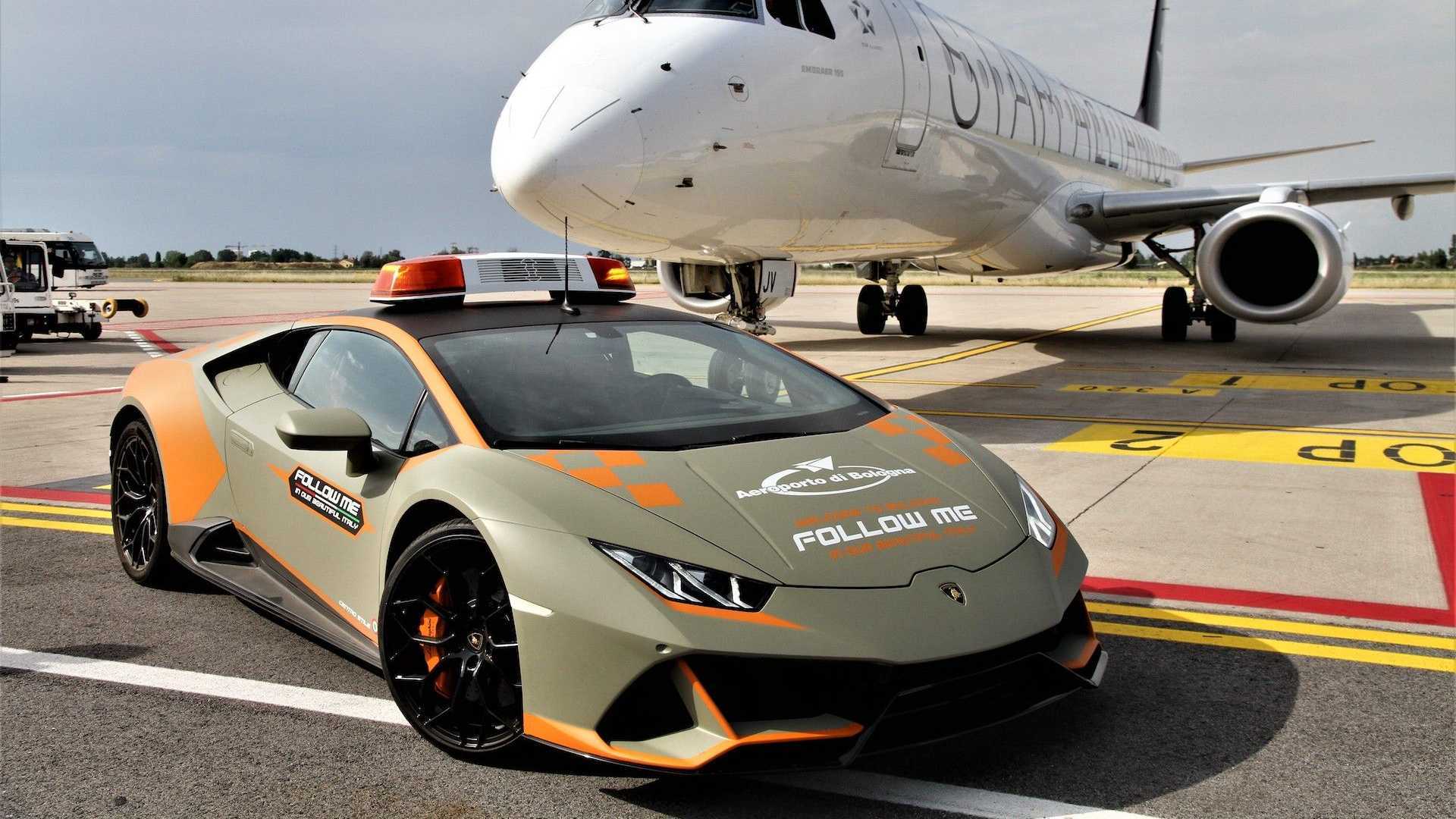 For the seventh time, Lamborghini has renewed its partnership withBologna Guglielmo Marconi Airport. With this renewal, the Italian automaker delivered a new follow-me car for the airport – a custom Lamborghini Huracan Evo.

As a follow-me car, the Huracan Evo will guide arriving and departing aircraft to and from the parking apron and taxiway. It would be hard to miss a Huracan within the airport grounds but if you need visuals, browse through the official images below.

As mentioned, the Huracan Evo follow-me car is customized for its duty. It features a livery styled byLamborghini Centro Stile, with a checkered styling and finished in a color calledArancione Matt. According to the automaker, this is reminiscent of the operating vehicles in aircraft maneuvering areas, a color that emerges from a base of Verde Turbine Matt.

The exterior styling is capped off with awriting that says "Follow Me in Our Beautiful Country" highlighted by the Italian flag. As an airport workhorse, the Huracan Evo is also equipped withflashing warning lights and a radio connected to the airport control tower.

The Huracan Evo follow-me car will be replacing its predecessor – another Huracan Evo but with a more attention-grabbing Italian flag livery. The Italian marque has given Bologna various liveries for its follow-me car loaner – one of the most prominent of which was in 2016 with a bright yellow uniform.

Back in 2013, however, Bologna Airport gets an Aventador for a follow-me car, which totally kicks ass if you ask us. Wouldn't it be so cool to see a supercar guiding the commercial flight you're on?

Then again, a Huracan Evo isn't any less cool, and you'll see one if ever you reached Bologna in Italy until January 7, 2022.