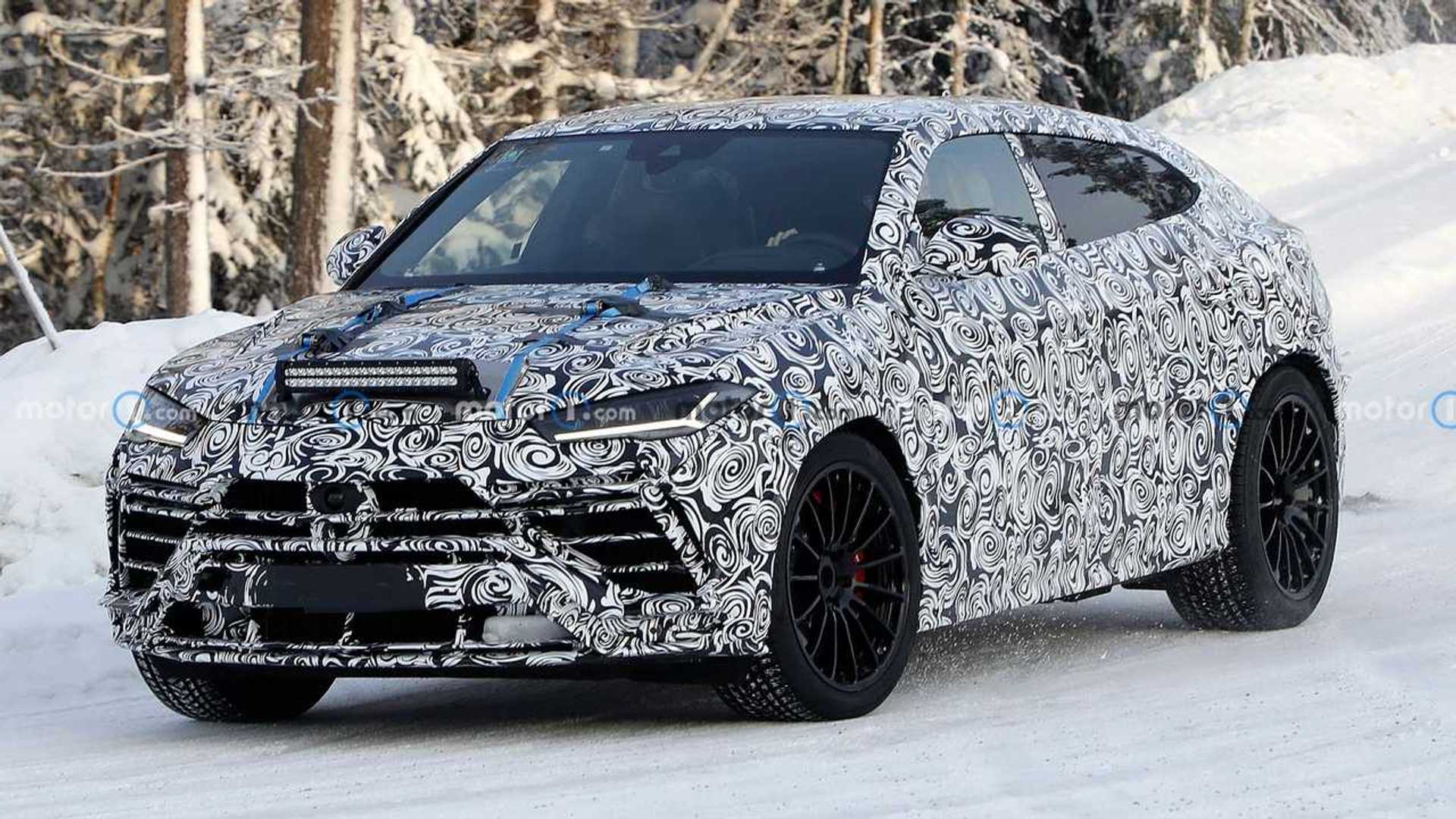 It’s expected to arrive for the 2022 model year.

The Lamborghini Urus saw the Italian supercar maker return to a segment it briefly participated in in the 1980s and 1990s with the LM002. The Urus, a Lamborghini-styled machine that shares its underpinnings with other VW Group SUVs such as the Porsche Cayenne, Bentley Bentayga, Audi Q8, and others, is due for a redesign. A new batch of spy photos shows that the updated model is already in development.

The Lamborghini Urus Evo – the moniker given to refreshed models – doesn't look drastically different from what's currently on sale. The swirly camouflage does its part in confusing the design lines, though a modified front grille is squeezed between headlights that sport a new design. At the rear, camouflage covers the taillights, which should receive a tweaked design. Little else looks changed, with the exhaust and front and rear bumpers looking unchanged from the current model.

Another thing that shouldn't change much is the SUV's powertrain. The current Urus sports a twin-turbocharged V8 producing 641 horsepower (477 kilowatts) and 626 pound-feet (848 Newton-meters) of torque. Power routes through an eight-speed automatic gearbox and limited-slip inter-axle Torsen differential that help motivate all four wheels, which is capable of sending the four-door Lamborghini from zero to 62 miles per hour (100 kilometers per hour) in 3.5 seconds. Top speed maxes out at 189 mph (305 kph). Horsepower and torque could see slight increases, which could improve performance.

Inside, the updated Urus should receive modest tweaks, though it won't receive a complete redesign. Customers should expect at least the latest iteration of the brand's infotainment software. Lamborghini hasn't indicated when it'll show off the updated SUV; however, it is expected to arrive for the 2022 model year. This is our first look at the updated model, so it could be a bit before Lamborghini officially reveals it.