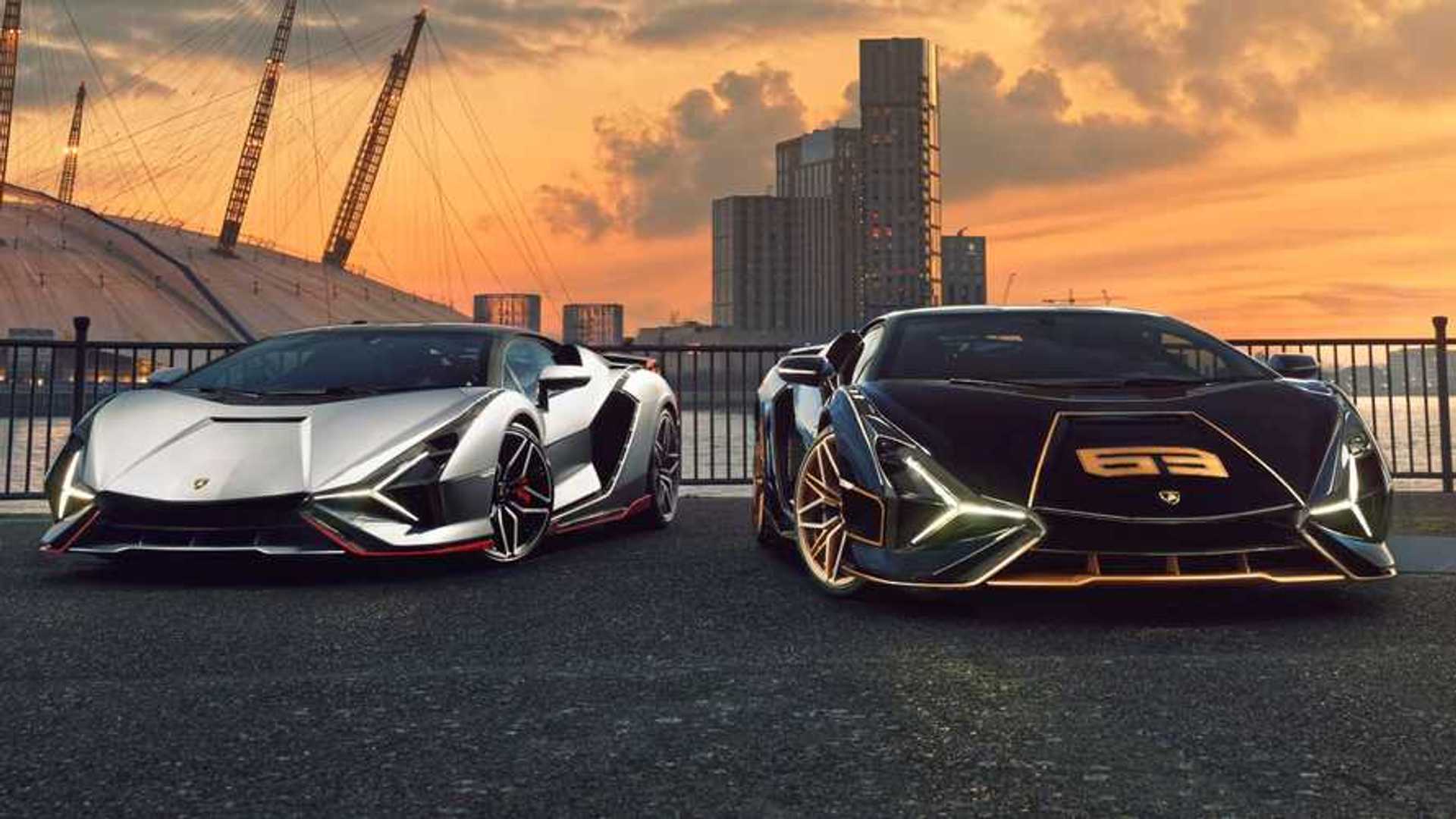 Just three Sians are destined for the UK market.

London car dealer HR Owen has delivered two ultra-rare Lamborghini Siansupercars to their new British owners. Of the 63 Sians Lamborghini is building, just three are coming to the UK, and all three are being delivered by the dealer in the capital.

The car, which is the fastest-accelerating Lamborghini ever made, boasts a mild-hybrid powertrain that combines a 6.5-liter V12 engine with a 48-volt electrical system. Together, the two produce 808 horsepower – enough to take the carbon fiber-bodied car from 0-62 mph in 2.8 seconds. The top speed is a massive 217 mph (350 km/h).

And because Lamborghini likes long words that appeal to your inner six-year-old, the Sian swaps conventional lithium-ion batteries with a lightweight supercapacitor. Far from being a Back to the Future gimmick, the system is fully charged every time the vehicle brakes, powering the engine’s electrical assistance. The system is light, too, with a total weight of 34 kilograms (75 pounds), Lamborghini claims it’s three times lighter and three times more powerful than a comparable lithium-ion system.

But that isn’t the only tech on display in the Sian. The cutting-edge carbon-fiber monocoque, titanium intake, and active aerodynamics also play a key role in helping the car achieve such incredible performance figures, while rear-wheel steering helps to keep the car stable and agile in corners.

Lamborghini has already sold every one of the 63 Sians it plans to make, with each car getting the full Ad Personam personalization treatment. The first two UK customers to take delivery of their cars have made full use of the scheme, with the grey car featuring Grigio Nimbus paint with an exposed carbon-weave roof and Rosso Mars accents. Inside, that look is complemented by a Nero Ade interior with Rosso Alala contrasts.

The darker car, meanwhile, comes with Nero Helene bodywork and exposed carbon fiber on the hood, front lamp inserts, fenders, and engine cover. That dark look is highlighted by accents and decals in Oro Electrum, which is also used within the alloy wheels. Even the tires are bespoke designs from Pirelli, marked out by their white detailing. As with the other car, the interior mirrors the bodywork, with Nero Ade base leather and Oro Electrum stitching and highlights.

With all three UK-bound Sians heading for the HR Owen showroom in London, the two cars seen here make up two-thirds of the British Sian population. When the third car makes its way to these shores, it will cement Lamborghini London’s position as the most successful Lamborghini dealer by sales volume since the showroom opened in 1999.