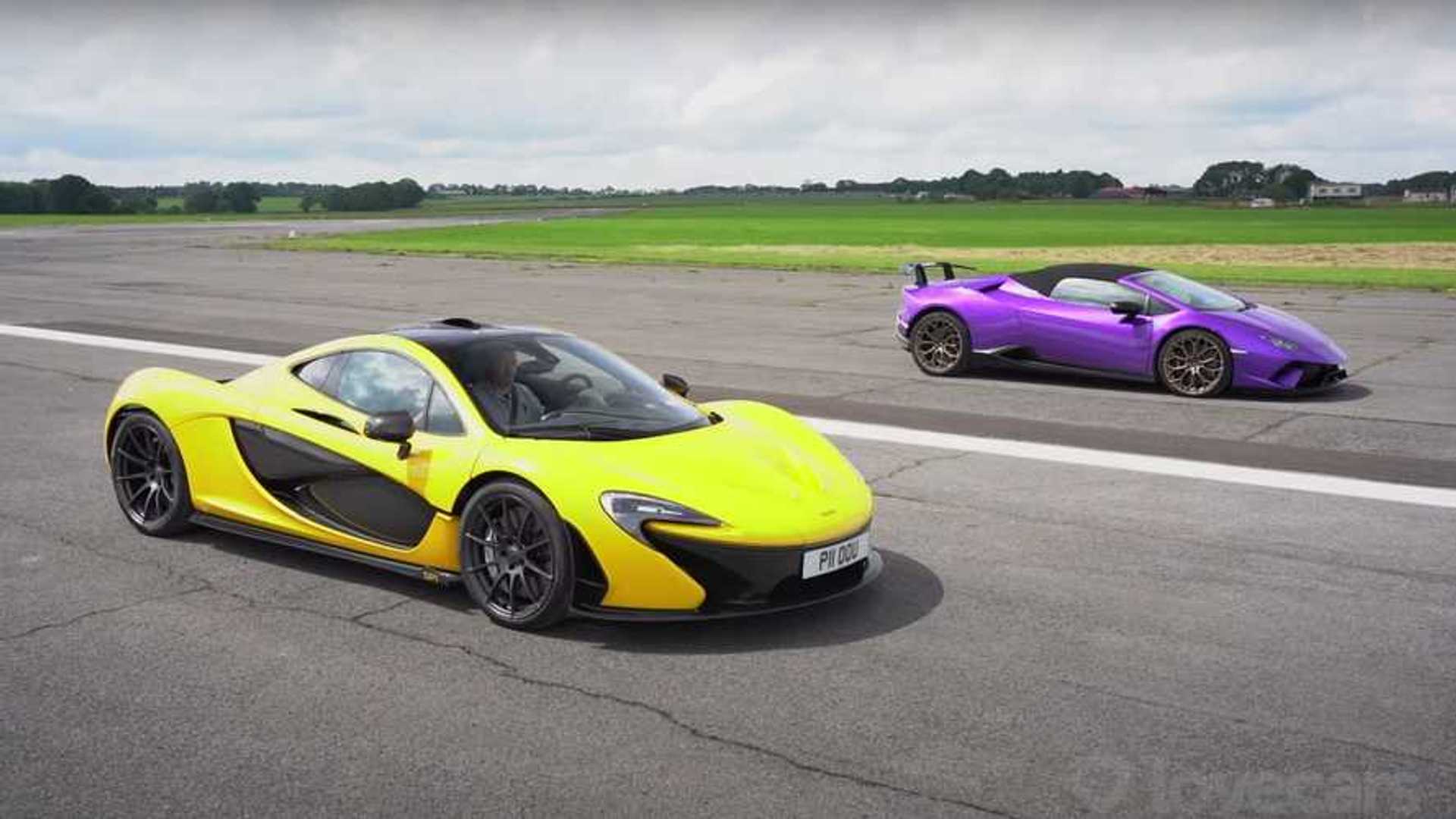 Their colors were loud and so are their exhausts. But which one's the winner?

Another day, another drag race in the U.K.. But this time, it's between two supercars – one's actually bordering hypercar – representing the British flag and the Italian stables. The Lamborghini Huracan Performante in Spyder flavor was the ultimate pre-facelift Huracan – track-oriented and ready to deafen your ears with its glorious exhaust note.

The McLaren P1, on the other hand, is aging but that doesn't mean that it's any less capable. Limited in numbers, only 375 P1 units were ever built – all sold out in 2013.

In this episode of Lovecars on YouTube, the two supercars faced each other in a drag race just to see which one's the better car in a straight-line comparison. Both cars have an advantage over the other, with the Lambo having an all-wheel-drive configuration while the McLaren having more power thanks to its hybrid system, but all sent to the rear wheels.

Of note, the Huracan Performante makes631horsepower (471kilowatts) and443pound-feet (601Newton-meters) of torque from its naturally-aspirated V10, while the P1 churns out a total of903hp (674 kW) and664lb-ft (900Nm) torque from its twin-turbo V8 and electric motor.

It's inevitable to think that the McLaren took home this race because of the discrepancy in power figures, but can the Huracan stand a chance with its all-wheel-drive advantage? Of note, the Lambo is also heavier than the McLaren by a considerable amount – by 80 kilograms (176 pounds), to be exact – so that isn't working to the Italian bull's advantage as well.

One answer: depends on the driver. Watch the video on top to see what I mean. Let us know what you think in the comments section below.