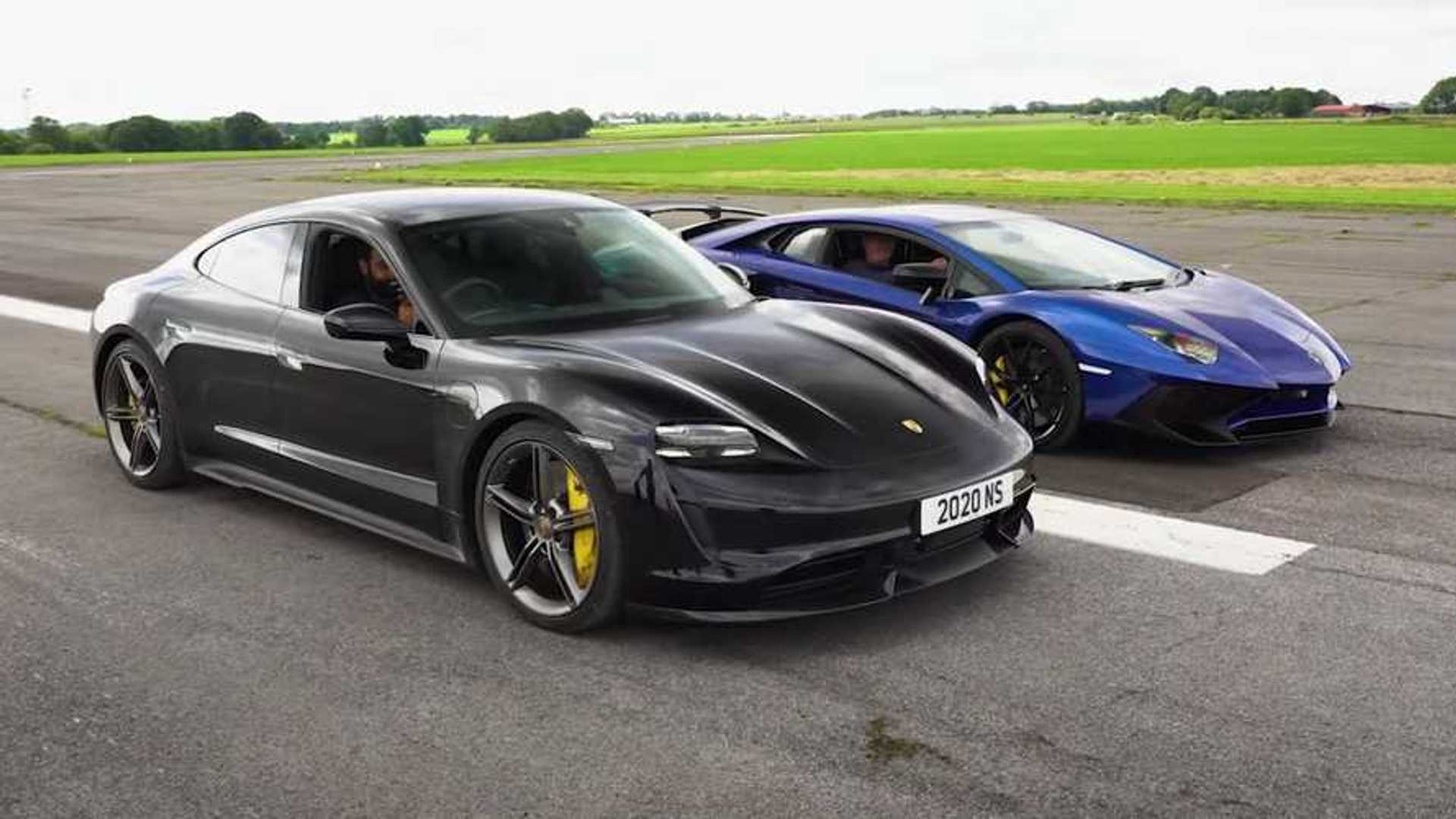 The result was surprising, but we have reservations.

Gasoline-powered cars matched up against electric vehicles aren't really new here in Motor1.com. We've seen several drag race matchups before, mostly with Teslas going up against any car in the market, whether mainstream or exotic supercars.

This time, it's Porsche's turn with its Taycan Turbo S. It's no secret that this top-spec Taycan matches 10 supercars based on its acceleration rate, and that list includes the Lamborghini Aventador SVJ. But in a real-world straight-line race, can the all-electric Porsche sedan beat the V12-engined Lambo?

Lovecars pit the exact matchup in its latest upload on YouTube, which we embedded with this story. It's quite a perfect contest, actually, with both cars' sprint to 62 miles per hour (100 kilometers per hour) rated at 2.8 seconds. This is while also being exactly opposite, with the Aventador being powered by a naturally-aspirated 6.5-liter V12 while the Taycan having two electric motors – both sending the power to all four corners.

Interestingly, both the Taycan Turbo S and Aventador SVJ are on the same ground in terms of maximum power output. Torque, on the other hand, is a landslide comparison for the Taycan Turbo S with a max pull of774 pound-feet (1,050Newton-meters).

Then again, the Taycan has a weight disadvantage versus the Lambo, which gives the latter a better power-to-weight ratio. Needless to say, this should automatically give the Aventador SVJ the win for this drag race, but that wasn't exactly the result as you've probably witnessed by now.

It's surprising, but it's important to note that the Aventador SVJ had a slower 0-62 time (3.84 seconds which was a full second slower than on paper) on this race.

What do you think of the outcome? Was it fair or does this warrant a rematch? Let us know in the comments section below.