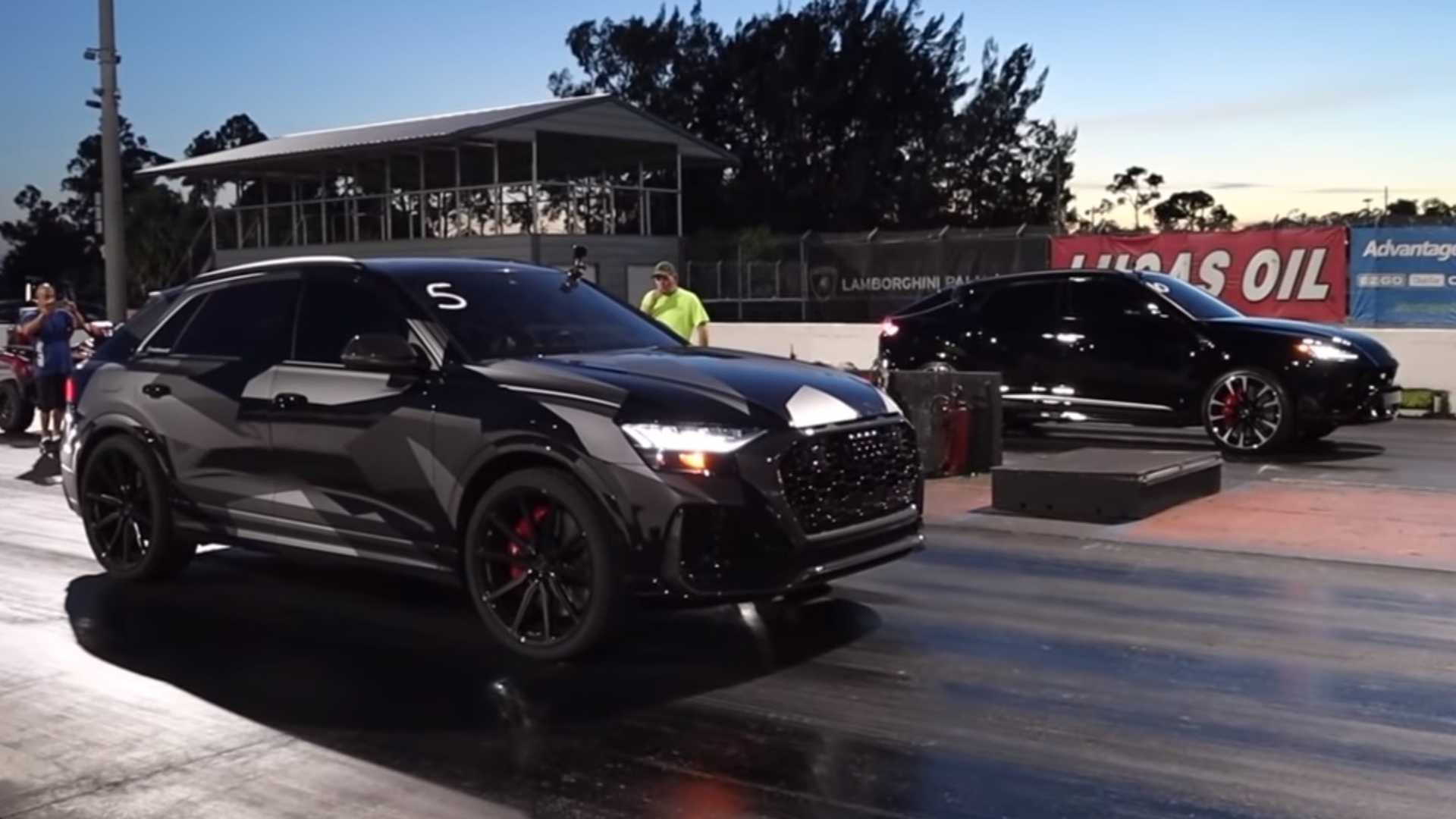 The Volkswagen Group’s versatile MLB Evo platform adapted for the SUV format starts off with the VW Touareg and goes as high as the Bentley Bentayga and the Lamborghini Urus. Many Audi SUVs use these underpinnings, with models as small as the Q5 and as large as the Q8. Ingolstadt’s flagship SUV – the RS Q8 – has been labeled by some as the cut-price Urus since it offers 80-90 percent of the performance for roughly half the money.

A drag race between completely stock RS Q8 and Urus SUVs wouldn’t make much sense considering the raging bull on stilts packs an extra 50 horsepower and 37 lb-ft (50 Nm). But the range-topping Audi SUV featured in this video from DragTimes has been modified to even the odds, and then some. It now makes about 800 hp at the crank, thus giving it a 150-hp advantage over the LM002’s spiritual successor.

See Other SUVs At Each Other's Throats:

The outcome of these drag races represents an argument for those who think you’d be better off with an RS Q8 and an engine tune rather than having to spend double for the Urus. That being said, there’s more to performance than just putting the pedal to the metal in a straight line. If you’re only interested in having a fast SUV at the drag strip without spending Lamborghini money, Audi’s equivalent with a few mods is a more affordable alternative.

The Urus didn’t stand a chance in any of the races, nor did the Tesla Model X P100D that decided to join in on the fun. However, Brooks from DragTimes says there was something wrong with the electric SUV, an issue that he alleges Tesla refuses to fix. The company told the vehicle’s owner it doesn’t guarantee any quarter-mile times under warranty.