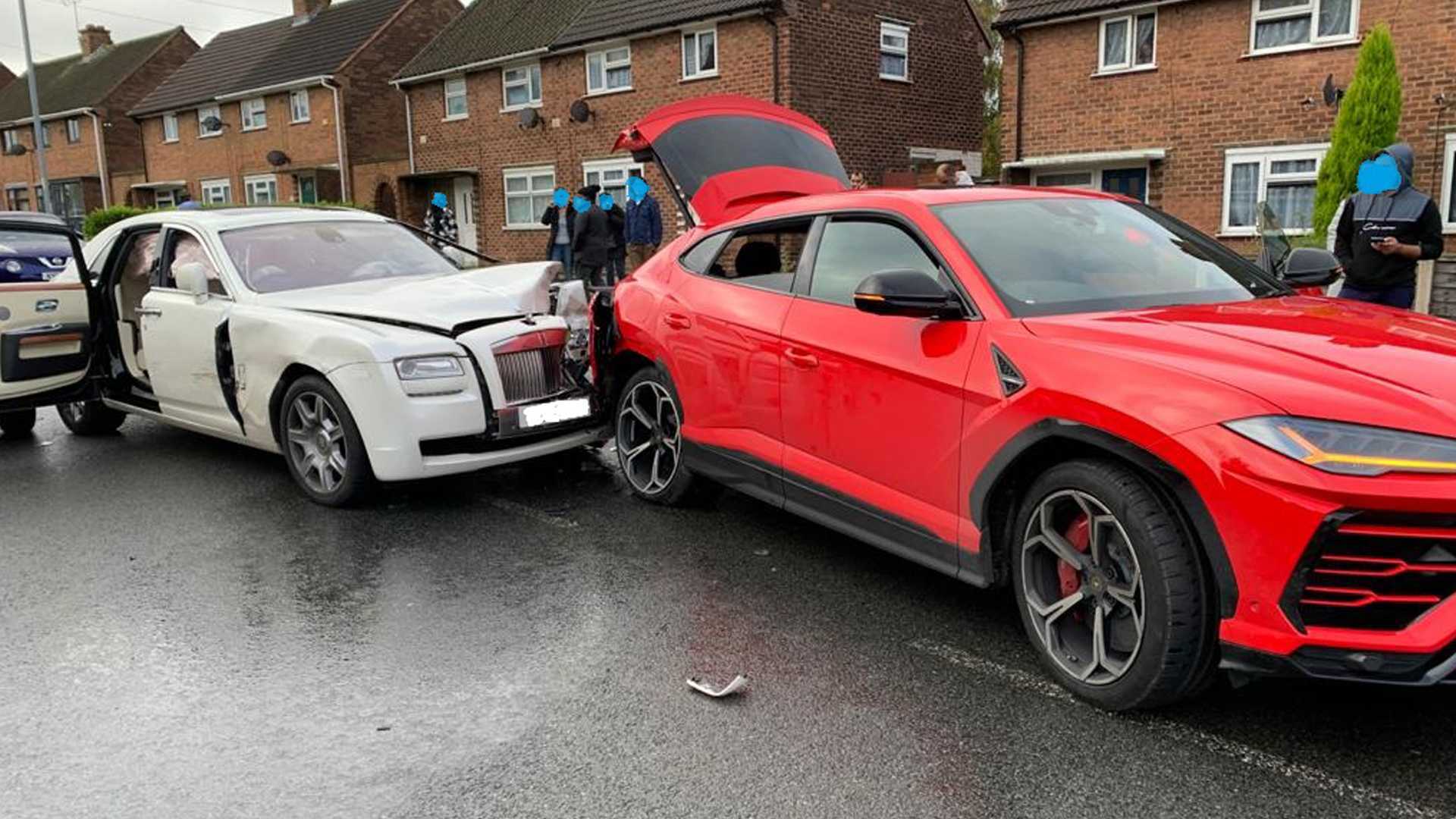 Here's something you don't see every day. By that, we don't simply mean a Lamborghini Urus or a Rolls-Royce Ghost. Aside from some swanky one-percenter gathering, seeing these two vehicles together is even rarer. And what are the odds that they'll crash on what looks like a sleepy, English suburban street? But wait, there's more.

Admittedly we don't have much more, but the driver of this Ghost allegedly fled the scene shortly after the impact. The crash happened on October 13 in Walsall, not far from Birmingham in the central region of England. There's very little information aside from what the photograph shows, though the Rolls-Royce driver appears to be the cause of this calamity.

According to Express & Star, the Ghost crashed into two cars, one of which was obviously the red Urus seen here. A tweet from Force Response said the driver wasn't driving for road conditions and fled the scene, though apparently they have "him" photographed. It's unclear if there were passengers in either the Rolls-Royce or the Lamborghini, but apparently there were no injuries.

Well...this is an expensive crash. I wonder if it was the cost or another reason why the Rolls driver left the scene? Either way, we have his photo and will ask him very soon. Driver was not driving for the conditions and obviously can't handle a car like this. #Walsall E unit pic.twitter.com/PKkOHqwUcB

That's good, because judging by the carnage on the Ghost, the impact with the Urus wasn't a gentle one. The left side of the car is crushed rearward a couple of feet, with extensive damage to the hood and grille also visible. Presumably, the damage on the right fender was caused by the impact with the other, unknown vehicle. All combined, the Ghost was knocked around hard enough to set off all the airbags, which is an expensive replacement by itself. Factor in the carnage on the Ghost as well as the Urus and this could easily be a quarter of a million in damage. Ouch.

So yeah, we have a crash between two very rare, very expensive cars that seemingly occurred in a random location, with the driver of one of the cars bolting from the scene. If this whole situation leaves you with more questions than answers, you're not alone.