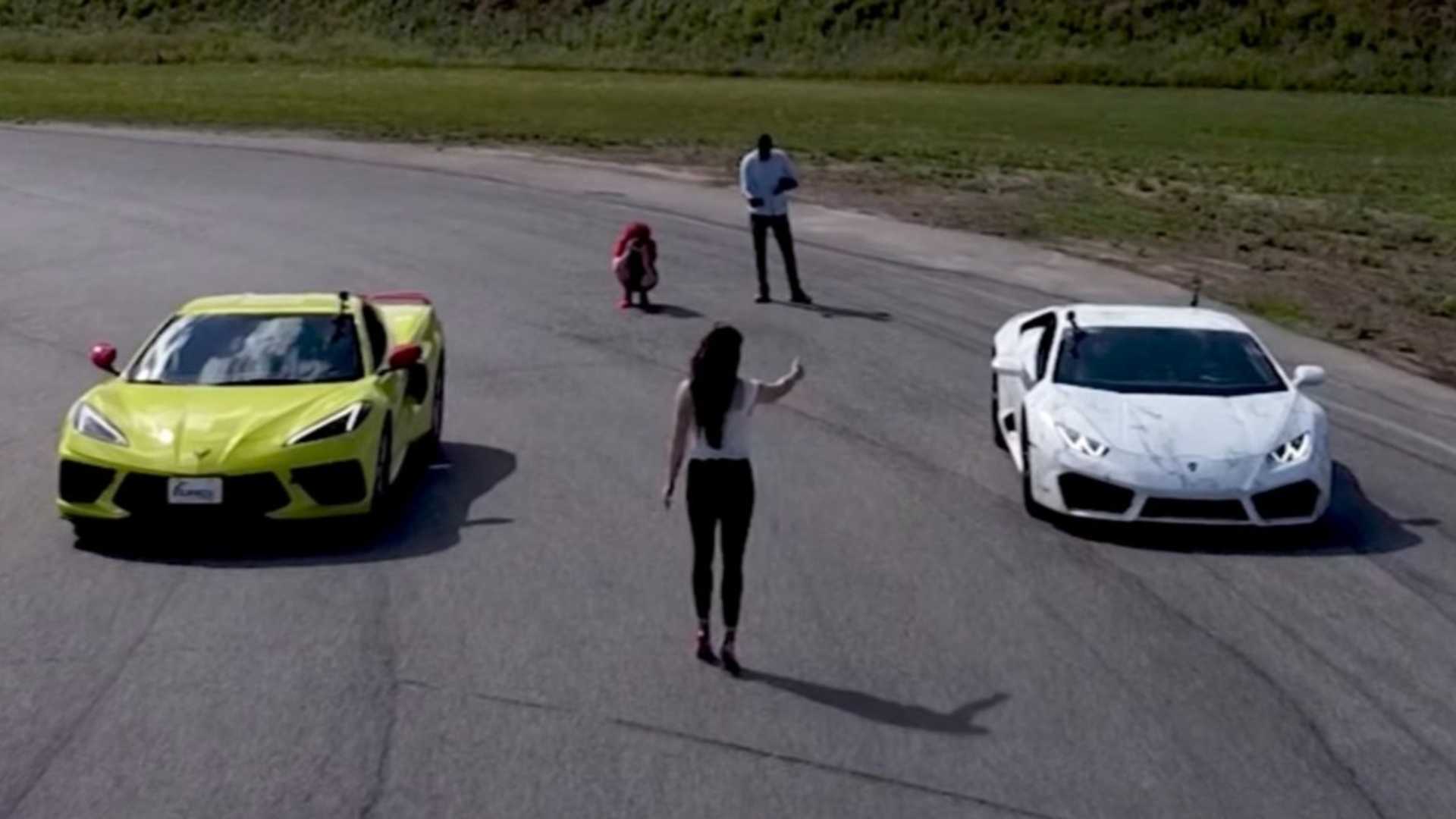 It's American muscle versus Italian style.

The Chevrolet Corvette C8 is rapidly establishing itself as a giant killer among performance cars considering its price. This video gives the 'Vette some steep competition by lining up aLamborghini Huracan LP 580-2 for runs around an autocross course, drag races, and hot laps on a track.

The comparison starts with the autocross. It's a tight course with a few slalom sections and several gates to get through. Just from the feeling behind the seat, the driver is pretty certain that the Lamborghini is quicker because the Huracan rotates through the curves better, and the 'Vette suffers from understeer. However, the clock tells a different story because the C8 turns out to be 0.21 seconds quicker.

The Lamborghini evens the score by winning both drag races. From a stop and from a role, it achieves easy wins against the Corvette.

Finally, the driver takes both vehicles on hot laps around a race track. After extensively experiencing them both, the video reveals their best lap time. The Corvette turns out to be 0.9 seconds quicker than the Huracan around this course.