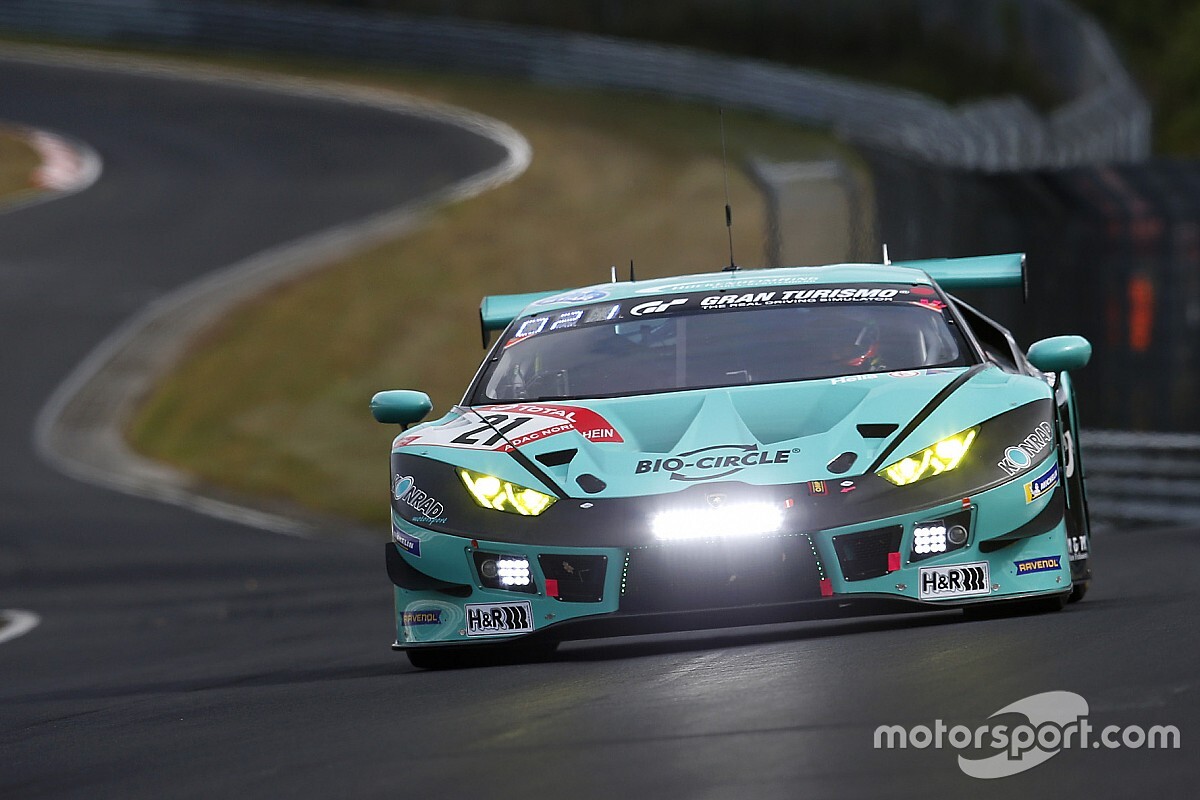 Marco Mapelli set the fastest time on the opening day of the 2020 Nurburgring 24 Hours in the Konrad-entered #21 Lamborghini Huracan GT3, which he shares with Axcil Jefferies, Franck Perera and Michele di Martino.

The Italian set the fastest time of the day at 8m11.428s in the first of two qualifying sessions on Thursday. Four different manufacturers were represented in the top four positions, with the Lamborghini, the #15 Phoenix-Audi, the #4 Haupt Racing Team-Mercedes and the #18 KCMG-Porsche making up the top four spots.

The top BMW M6 GT3 managed only 10th fastest time, set by the #101 Walkenhorst car. The #26 octane126-Ferrari was also down the order in 20th place, having received a new Balance of Performance adjustment just ahead of the race weekend after the car was found to have too much horsepower due to a skewed dyno test during the winter.

The all-new Glickenhaus 004C finished the day in 28th position in what is due to become only its second ever race following an outing in the NLS six-hour race last month.

Laptimes, however, are not important for GT3 cars in this year's regular qualifying sessions with a new Top-Qualifying system in place.

Night practice had to be red-flagged 30 minutes ahead of schedule due to a massive crash by Yelmer Buurman in the #2 Haupt Racing Team-Mercedes. The Dutchman escaped uninjured, but the car is heavily damaged leaving its further participation in doubt. The crash occurred during drizzling conditions in the fast Schwedenkreuz section of the Nordschleife.

There was a second heavy crash during night practice by Peter Dumbreck, who crashed the #44 Falken-Porsche at Adenauer Forst, having hit oil on the track.