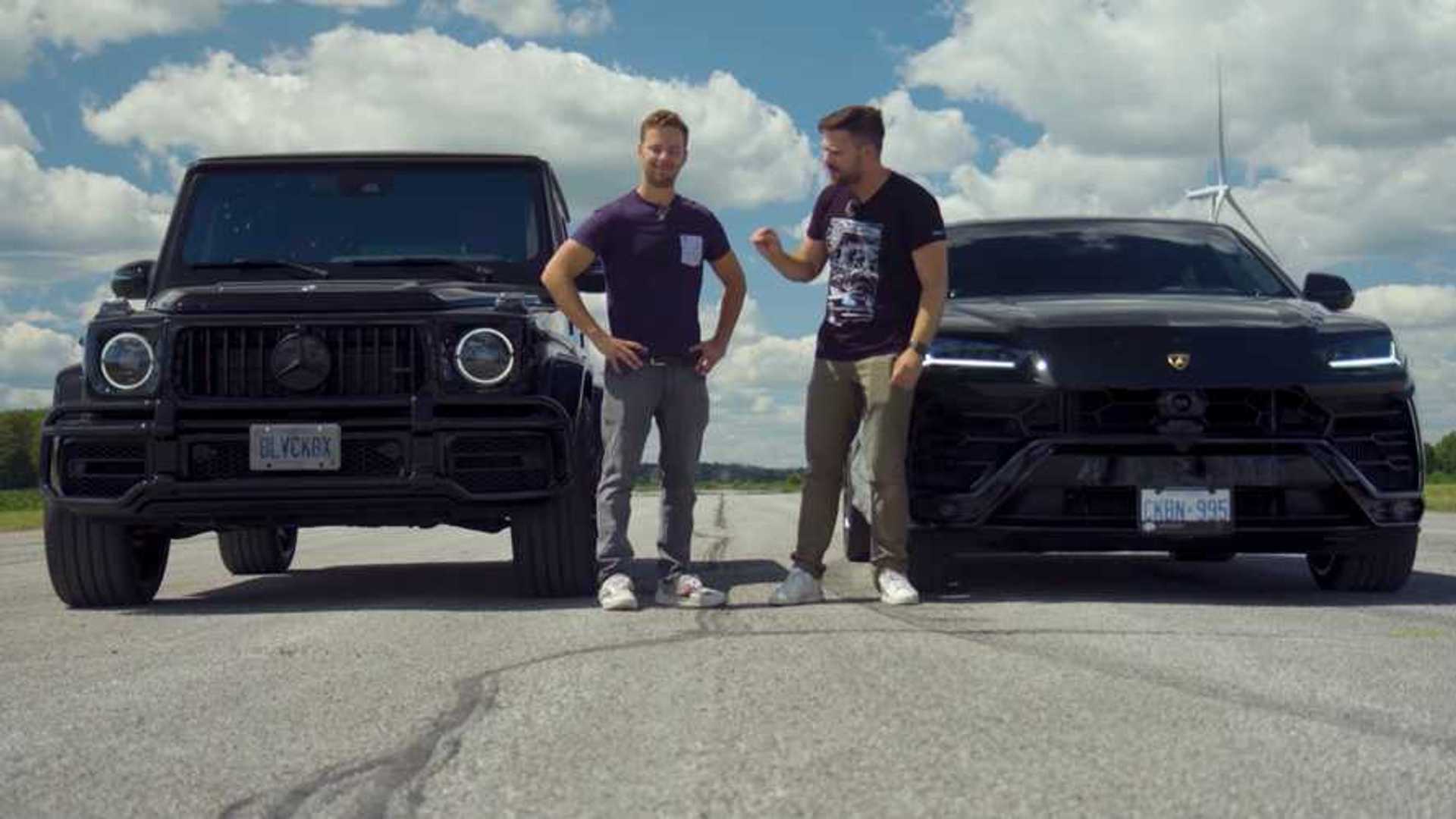 The G63 has a trick up its sleeve to even the odds.

The Lamborghini Urus and Mercedes-AMG G63 are two very different ways to spend six figures on a performance crossover. The Lambo puts a greater emphasis on speed for the street, whereas the Mercedes can take owners pretty much anywhere off-road that they might want to go. In this clip, we get to see how they compare in several drag races.

To even the odds, this G63 has a tune that pushes the output to 700 hp (522 kW) at the wheels. The tweaks include a dark set of dual exhaust tips that are a handsome touch on this black SUV. Even with the power upgrade, the G-Class is still quite heavy and has the aerodynamics of a brick.

In the first race, the Mercedes gets a bad launch, and the Urus rockets away. Naturally, the hosts set up another run to give the G63 another chance. The big, boxy machine gets a better start this time, but it's still no match for the Lamborghini. The Lambo is a car-length or more ahead at the end of the stretch.

Next, the guys give racing from a roll a shot. This should give the G-Class a better chance of scoring a victory because it doesn't have to launch from a stop. The results don't change, though. The Urus still leaves the G63 in the dust and tallies yet another easy win.

There's no doubt that the G-Class can do impressive things, but straight-line acceleration is not its strength.