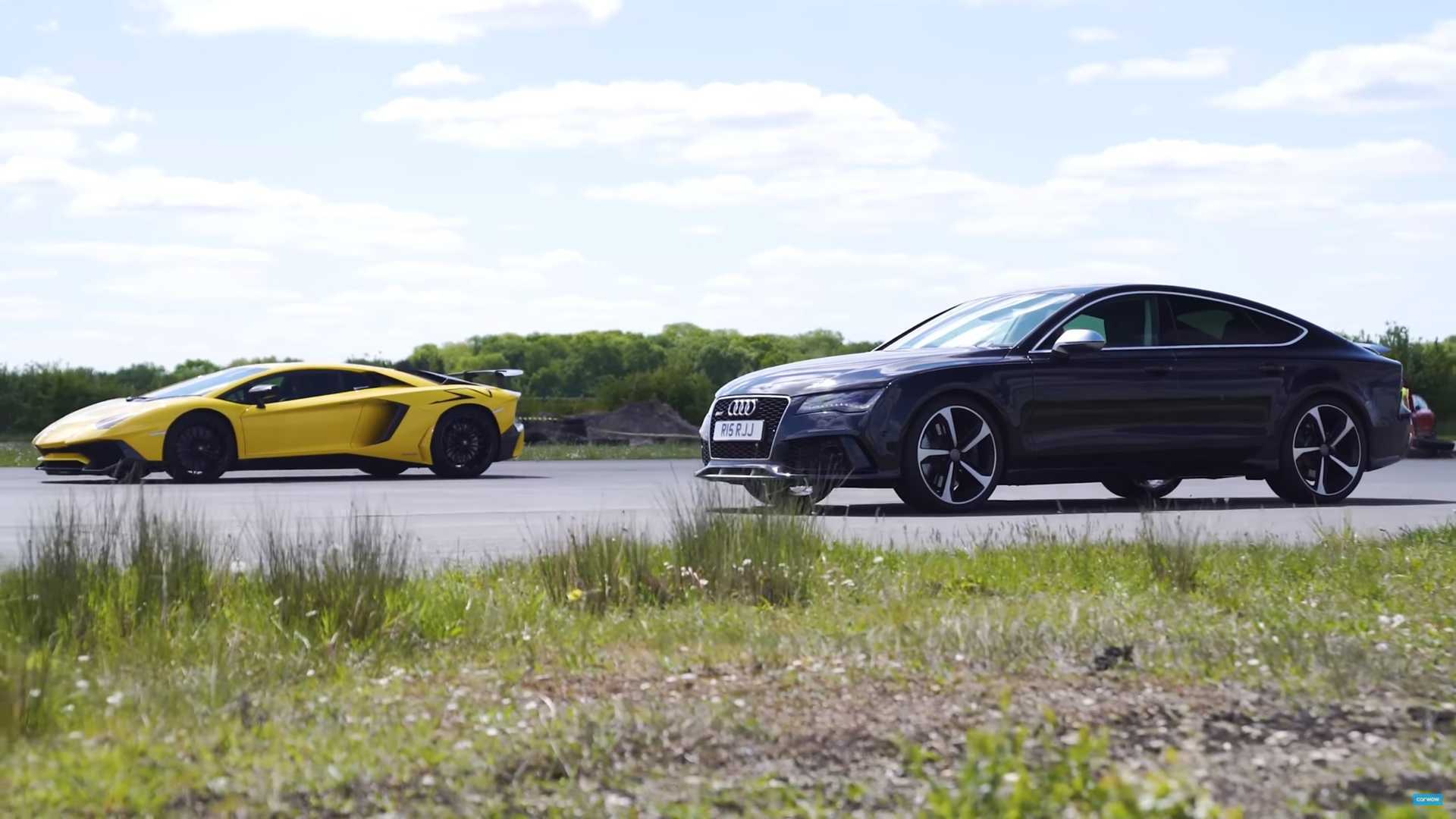 Can the German fastback sedan defeat the Italian supercar?

While some automotive comparisons can get quite complicated, others can be rather simple. The following video is an example of the latter as Mat Watson of Carwow puts a Lamborghini Aventador SV up against an Audi RS7 in a quarter-mile drag race.

You might think that the German sedan is the clear underdog here, but we wouldn’t be so sure. Although it appears as the bang-for-your-buck option, costing $325,180 (€275,000) less than the Lamborghini, don’t worry as this one has been tuned to provide 700 horsepower (521 kilowatts) and 737 pound-feet (1,000 newton-meters). While the Aventador has 50 more ponies on its side, its relative lack of torque (509 lb-ft or 690 Nm) makes us believe the results will be close.

As is the case with Carwow drag race videos, we are treated with a sound check of both vehicles before the race begins. We’ll let you decide, but it’s tough to argue with the Lamborghini’s 6.5-liter V12 soundtrack in comparison to that of the RS7’s twin-turbocharged 4.0-liter V8. Regardless, both are certain to put a smile on any petrolhead’s face.

Decibel derby aside, the launch control on the Italian competitor doesn’t appear all that easy to engage or use; as is the case with many slingshot systems, it can only be in use for a limited amount of time before cutting out. After the issues were fixed, both cars fired off the line and the Audi was victorious. Sure, the Aventador clawed some gap back at the end but the result remains that the RS7 finished first.

After some fumbling around with the systems on both vehicles, the roles were reversed on the second run. Not by much though, as the Lambo edged out the Audi by about half a car length. Aside from proving which car is fastest, the video also demonstrates how difficult it is to set these cars up for success. Tech particulars aside, if you want to go fast on a budget, buy an RS7 and take some time to set up the launch control.