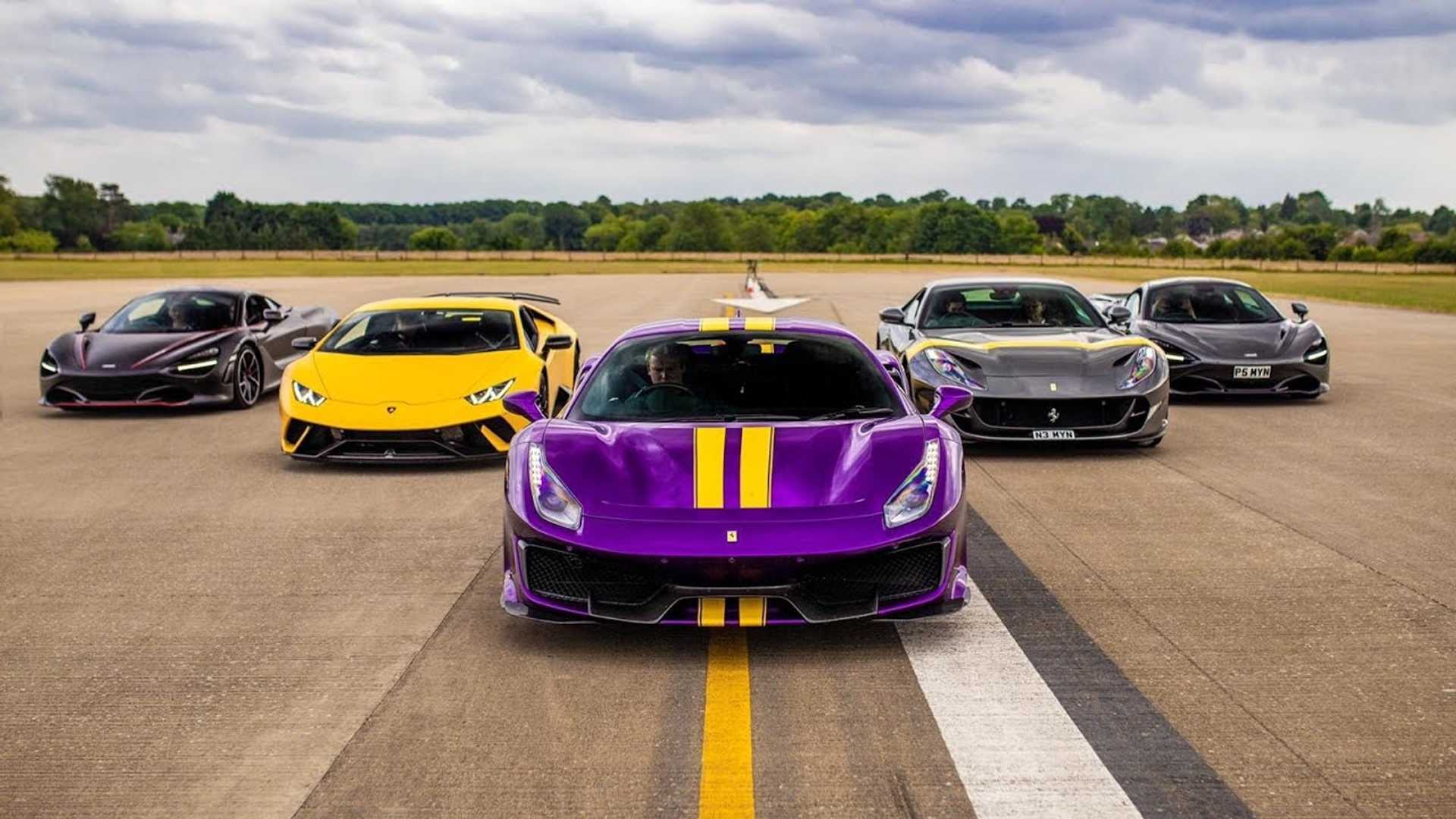 And one surprise guest at the end.

Supercars have always been a favorite subject of drag races and they're rightfully so. They are built for speed, although admittedly, drag races don't really provide justification to some of these cars' purposes.

But then again, watching these expensive cars face each other on straight-line races is still fun to watch, and this one uploaded by 888MF should suffice your speed fix. The challengers here are a Ferrari 812 Superfast and 488 Pista, two McLarens, and a Lamborghini Huracan Performante – though the reason why there were two McLaren 720S units here is that they weren't able to find someone with a 911 Turbo S by the time the race was filmed.

Of note, the total price tag of the supercars included in this drag race was 920,000 pounds or around $1.156 million. Power output, on the other hand, sums up to 3,541 horsepower (2,641 kilowatts). Now, since the flat road didn't allow a five-car race, 888MF did the battle round per round, with the final round will have to go against the two McLaren 720S units.

We've noticed, however, that the skills of the drivers weren't matched. Some were sleeping on the line, while the others were really good. That's because the ones at the helm were the owners of the car and not professional racers.

There's a bit of a surprise in this race, though. After winning against the 720S (oops, spoiler), the winning car had to face a Porsche Taycan Turbo S. The all-electric Porsche was just as impressive, of course, powered by two electric motors that make up to 751 hp (560 kW) and 774 pound-feet (1,050 Newton-meters) of instantaneous torque.

Which do you think was the official winner of this drag race? Watch the video on top.