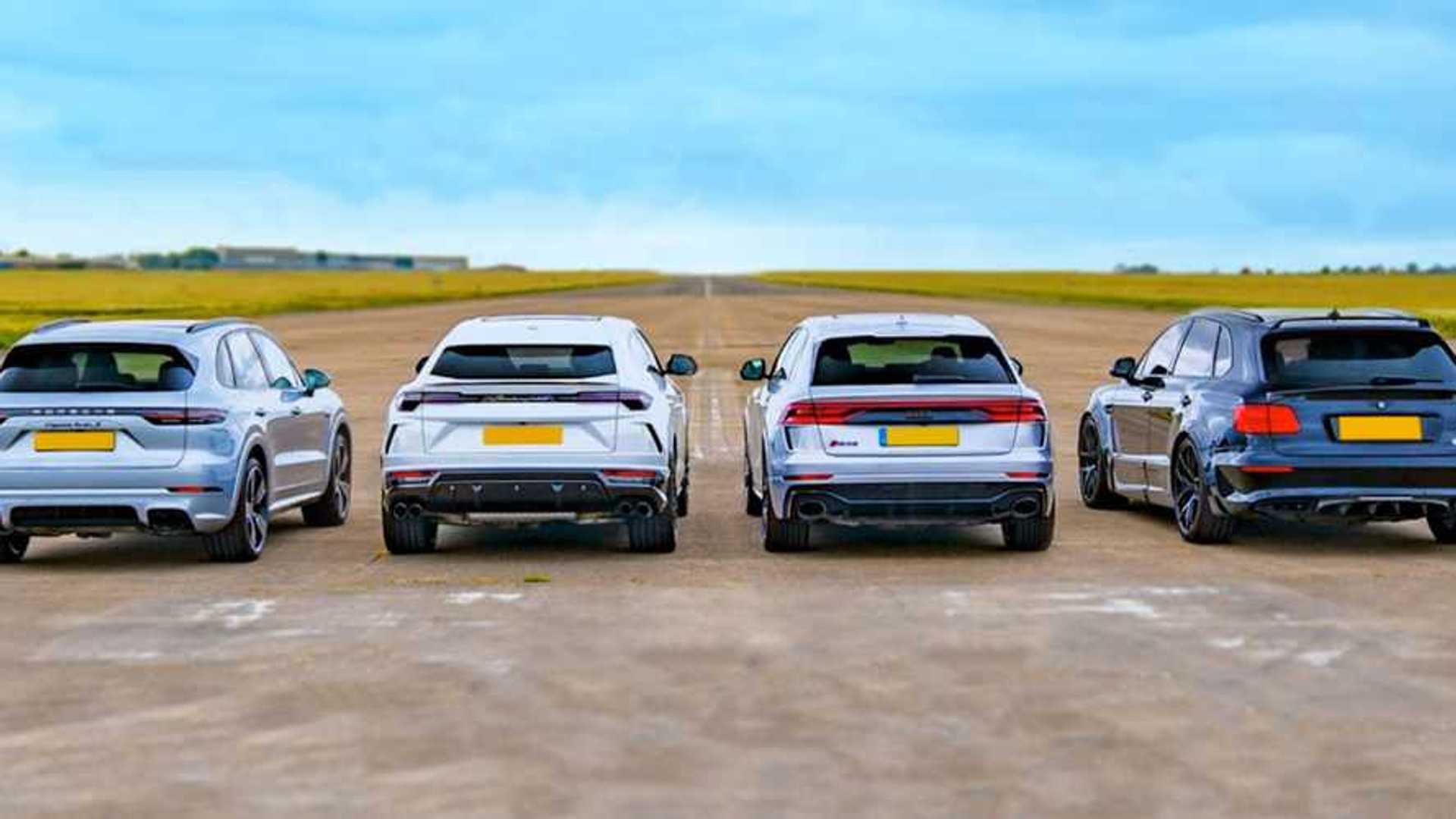 Crossovers and SUVs these days are far from what they were before. They have transformed into speed machines, so powerful that they can even match supercars in terms of power output.

Out of all the performance SUVs in the market today, the Volkswagen Group has a lot in its roster, coming from four different brands under its umbrella. These are the Porsche Cayenne Turbo S E-Hybrid, Audi RS Q8, Bentley Bentayga W12, and Lamborghini Urus.

All these huge SUVs use VW's MLB platform, but of course, they all vary in terms of weight, gearboxes, and power output. Which of these nameplates are the quickest in a drag race?

Somehow, Carwow was able to get all these SUVs together and stage a straight-line race to see which one reigns supreme. But before you watch the video, here's a rundown of the numbers.

So which of these VW Group high-performance SUVs won this four-way drag race? Watch the video on top to find out.