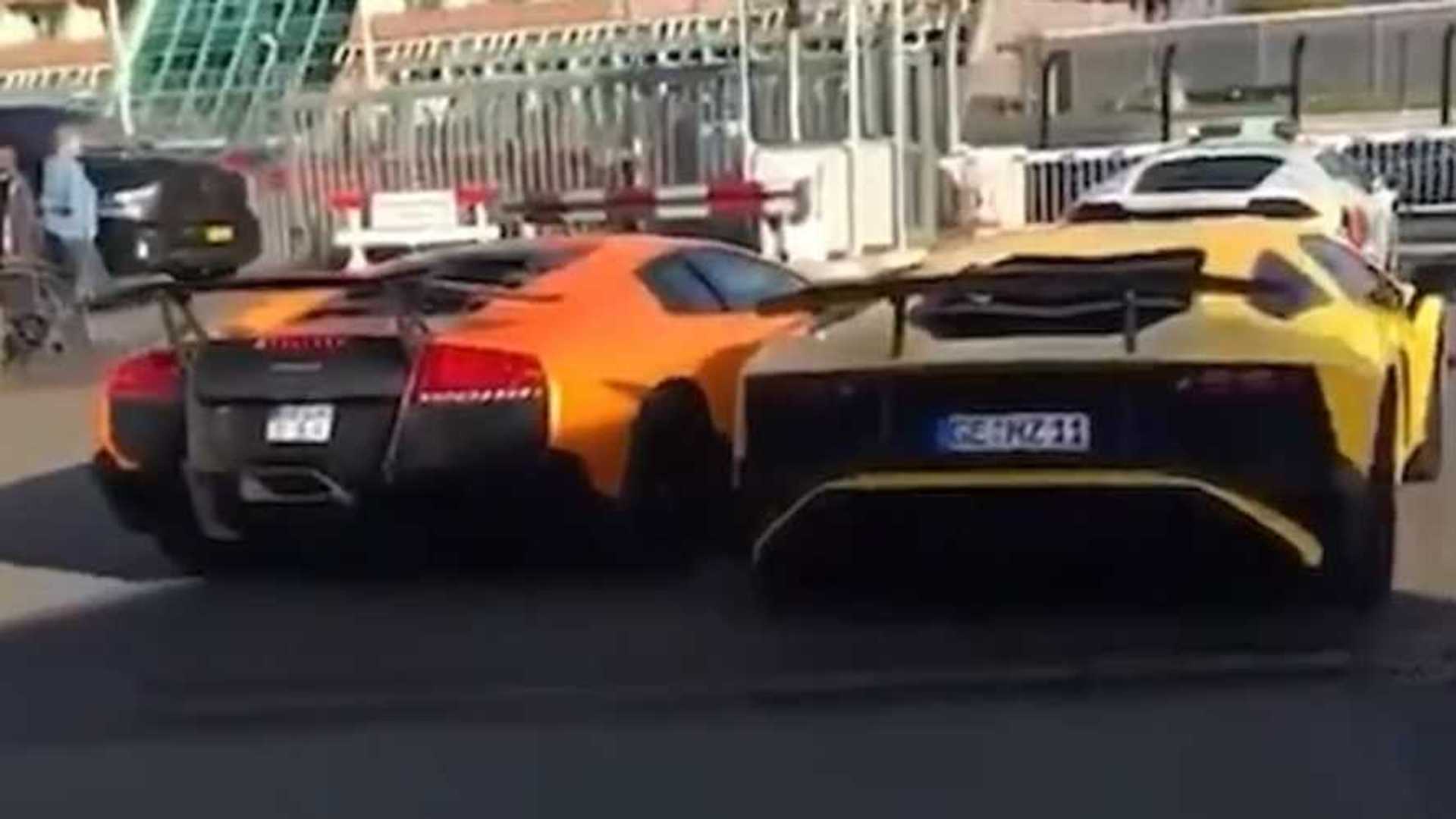 Not just any V12 Lambos, but the SV versions.

Remember when two yellow Lamborghini Aventadors crashed into each other last month in Singapore? Well, it has happened again, only this time, one of the cars involved in the accident was the Aventador’s predecessor, the Murcielago. As we rhetorically asked “what were the odds?” with the previous crash, one has to wonder what the chances were for two Lamborghinis to crash into each other. It’s especially true since we’re dealing with the Superveloce versions of both naturally aspirated V12 machines.

Posted on YouTube by Varryx with virtually zero information provided, the adjacent footage appears to be taken during an all-Lamborghini track day event, possibly organized by Squadra Corse at the Nürburgring judging by the guy’s shirt and the Nordschleife layout on the flag. There’s even a Huracan “safety car” leading the way, but we’re baffled about what went on with the two SVs.

Barely moving, the supercars from Sant’Agata Bolognese somehow ended up trading paint. While the damage appears to be minor, the repair bill probably isn’t since we’re dealing with a pair of hugely expensive Lamborghinis. By the looks of it, the Murcielago SV driver was minding his own business before having an unexpected tête-à-tête with the Aventador SV.

One could speculate the person behind the newer car simply wasn’t paying attention to the road ahead and didn’t notice his prized possession was gradually approaching the car on its left side. The collision that took place at agonizingly low speeds left a few bruises on the Aventador SV’s front fender and one of the wheels, while the orange side skirts of the Murcielago SV are in need of some TLC.

This rather peculiar crash is among the finest examples of first world problems some of us can only dream of having. The cars will certainly be back in shape in no time and we have a feeling the two Lambo owners will have a good laugh about the odd incident years from now.