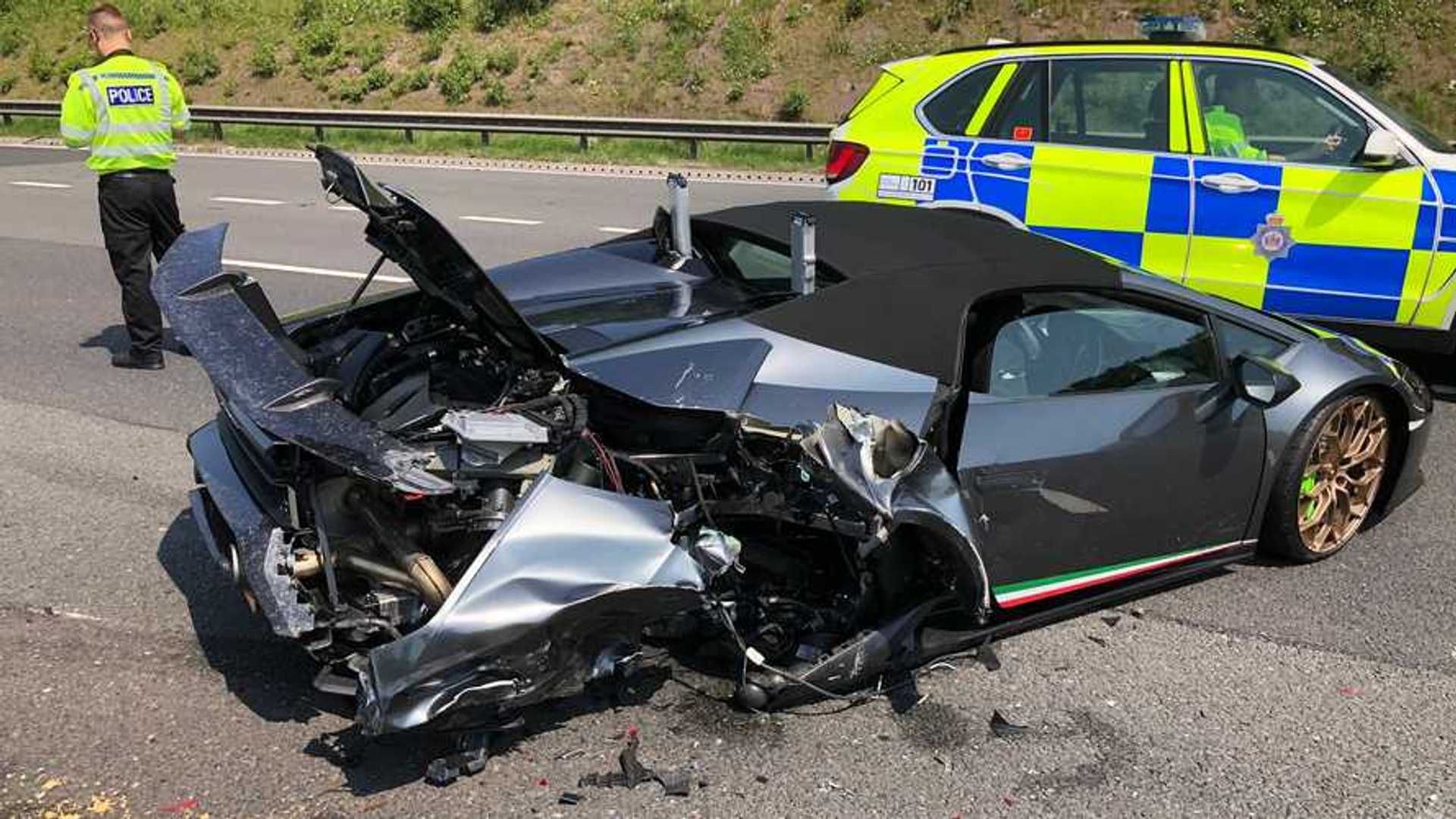 Lamborghini Huracan Goes From New To Wrecked In 20 Minutes

This Performante Spyder had a short life.

Buying a new car is an experience most of us have the chance to enjoy only a few times in our lives, if that. I’ve had the opportunity to take delivery of a brand new car a couple of times and my excitement was through the roof on both occasions. I can only imagine buying a Lamborghini must be on another level, but this Huracan owner will likely want to forget the day the dealer handed over the keys to this Performante Spyder.

Just 20 minutes after collecting the car, the driver had no other way but to pull over due to a “mechanical failure,” according to a message posted on Twitter by the West Yorkshire police. Details about what went wrong with the naturally aspirated V10 supercar are shrouded in mystery, but what happened after the car broke down was even worse.

“An innocent motorist” behind the wheel of a van was unable to stop in time and slammed into the Lamborghini’s rear end, causing some serious damages to the droptop Huracan. The mid-engined beauty from Sant’Agata Bolognese successfully deployed the pop-out anti-roll bars, while the rear-right wheel came off due to the severity of the impact.

With most of the damages in the engine bay area, chances are the Performante Spyder will be declared a write-off. It’s actually not the first Performante to have a tragic ending in the United Kingdom as a coupe was crashed into a tree last year at the end of a car meet. The latest incident took place on the M1 highway, which had to be temporarily closed to clear the road. 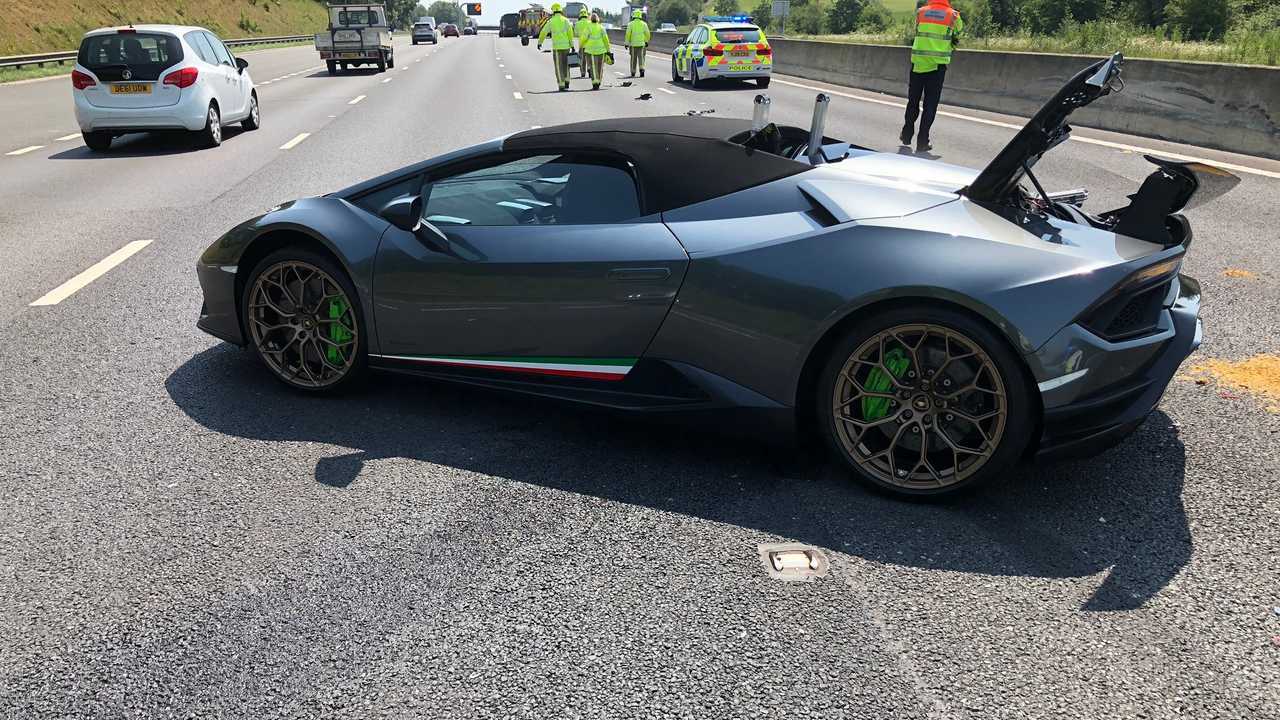 No one was seriously hurt in the crash, but the van driver did suffer some minor head injuries. The police’s tweet makes it seem like it wasn’t his fault, but rear-ending a car usually means the exact opposite. However, exact details regarding what actually happened are not available at the moment of writing. The Lamborghini driver could’ve pulled over all of the sudden, thus not giving the van driver enough time to react.