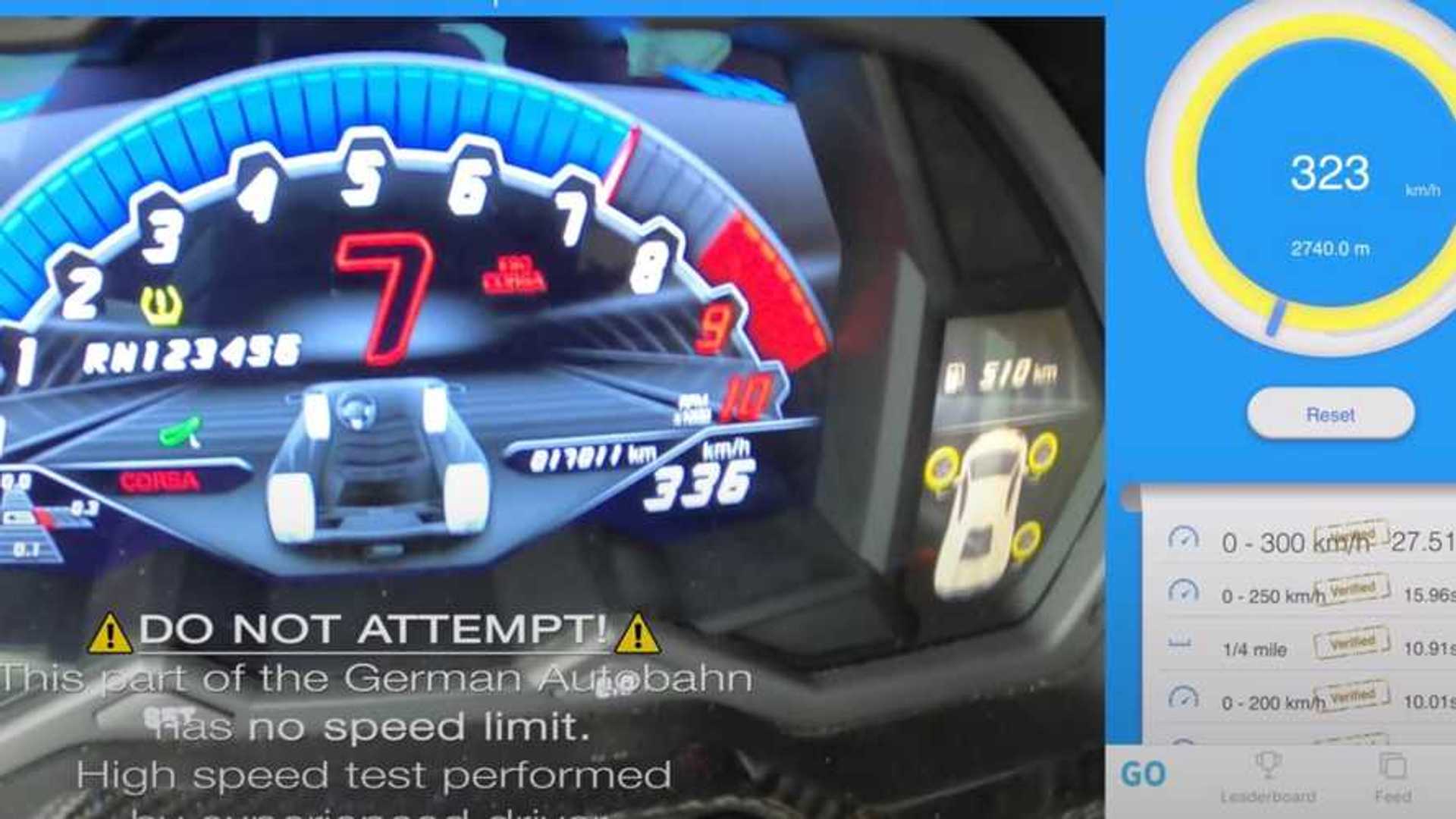 Watch how quickly this supercar accelerates.

The Lamborghini Aventador S debuted in late 2016 as a major upgrade for the Italian supercar by giving it features like more power and rear-wheel steering. Lambo says the model has a top speed of max out at 217 miles per hour (350 kilometers per hour), and this video from AutoTopNL shows how close the model can get to Vmax on an unrestricted section of the autobahn.

The Aventador S launches, and after scrambling for traction for a moment, the supercar rapidly hits 100 kph (62 mph). The velocity builds quickly. The Lambo hits 200 kph (124 mph) in fourth gear and keeps going. The 300-kph (186 mph) milestone arrives in sixth gear. There's still a little more acceleration because the car tops out at an indicated 336 kph (209 mph). The GPS shows the speed at 323 kph (201 mph).

Every Version Of The Aventador Is Impressive:

The Aventador S uses a version of Lambo's 6.5-liter V12 making 730 horsepower (544 kilowatts or 740 metric horsepower) and 509 pound-feet (690 Newton-meters) of torque. The power runs through a seven-speed dual-clutch gearbox to an all-wheel-drive system. The factory specs indicate the model can hit 62 mph in 2.9 seconds.

This seems like plenty of performance, but the Aventador S isn't even the top version in the lineup. The SV Jota packs 759 hp (566 kW or 770 PS) and 531 lb-ft (720 Nm) from a tuned version of the 6.5-liter V12. It features the company's Aerodinamica Lamborghini Attiva 2.0 active aerodynamic system that can channel air left or right to aid in cornering.

If you want a Lambo model with a V12 and don't mind not being able to take it on the road, then check out the new SCV12. While not street legal, the Italian supercar maker promises the engine has over 830 hp (619 kW).