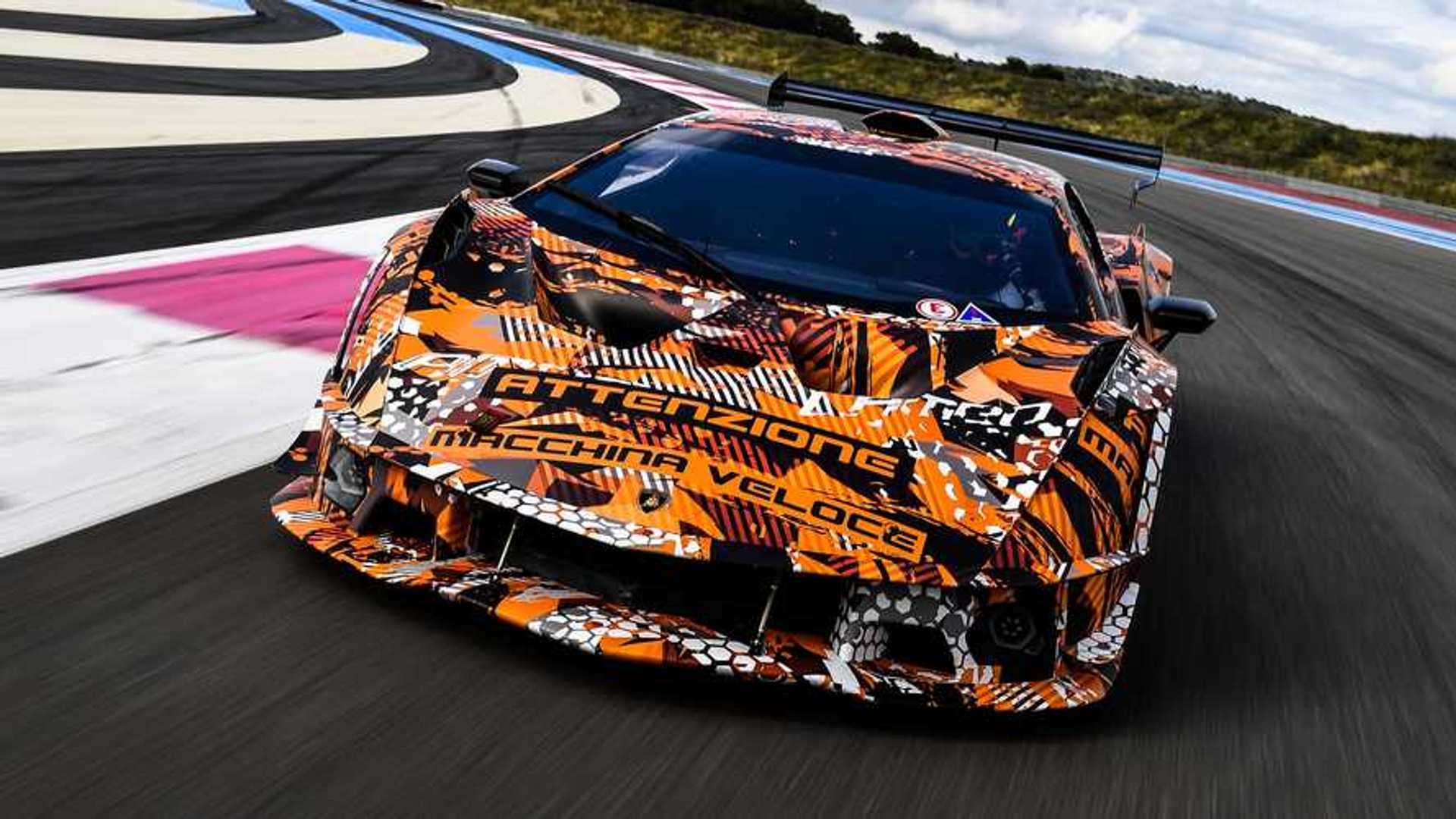 Lamborghini SCV12 Unveiled With Brand's Most Powerful V12 Engine Ever

Full tech details should be released later this summer.

Lamborghini may be done with attending major auto shows but that doesn’t mean the Sant’Agata Bolognese-based supercar maker doesn’t have new products on the agenda. To everyone’s surprise, the brand has just (almost) unveiled the SCV12, which features the most powerful naturally aspirated V12 engine in the company’s entire history.

The Lamborghini Squadra Corse is a limited-edition track-only supercar that has been developed in cooperation with the company’s motorsport division. The machine is now ready to hit the track but will be revealed in full later this summer. All we have for now are first tech details and a photo session with a camouflaged prototype.

The SCV12 is not a race car per se but benefits from Lamborghini’s GT expertise and even has a higher downforce and aerodynamic ratings than a GT3 car. The long hood plays a major part in the equation thanks to its double air intake and a central rib directing airflow to the air intake scoop located on the roof. In addition, the prominent splitter at the front together with the vertical fins on the side sills give the supercar a true race car appearance.

As we already mentioned, under the hood is an in-house developed naturally aspirated V12 engine, which Lamborghini says is “capable of exceeding 830 hp thanks to aerodynamic supercharging at high speed.” The exact weight of the car hasn’t been announced at the moment but Lambo says that the chassis is made of carbon fiber for an impressive power-to-weight ratio.