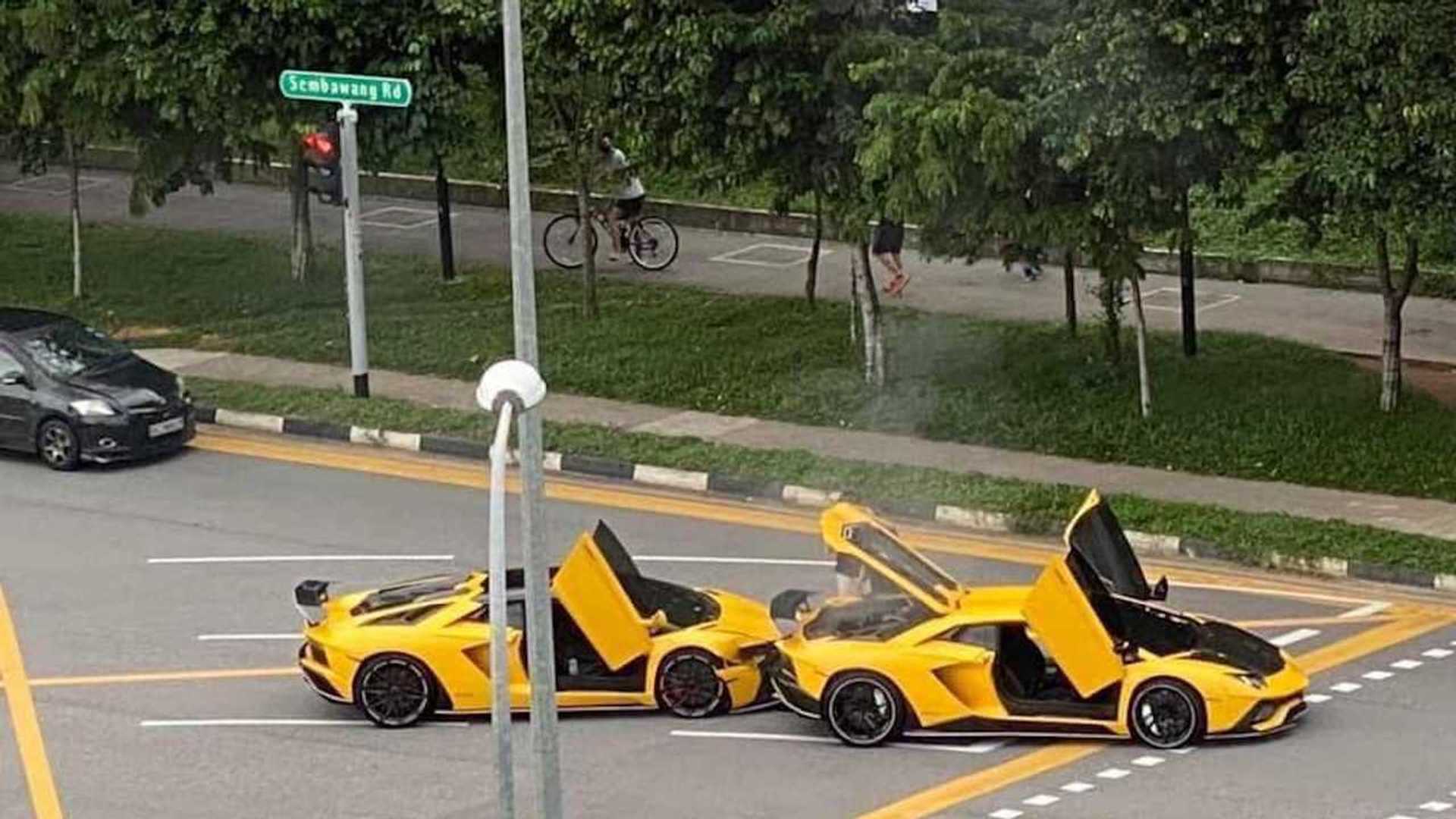 What Were The Odds? Yellow Lamborghini Aventador Crashes Into Another One

Rolling with your friend doesn't include rolling into them.

Okay, we get it, the roads are pretty open these days and the lack of traffic might mean that there are more opportunities to stretch the legs of our automobiles more often. Even more so if you happen to have a nice supercar sitting in your garage. Thing is though, you shouldn't be driving like a total fool. Stoplight sprints to the speed limit are one thing, but driving around Singapore with your buddy in Lamborghini Aventadors that scream for attention, and then getting into an accident with each other at a busy intersection for all to see? Yeah, that sounds like a perfect weekend.

According to the report, it's highly likely that one of the Aventadors was stopped at the light when it was rear-ended by the other. The report even states that the owners quickly removed their number plates, as if they couldn't easily be identified in the various CCTV traffic cameras and the initial barrage of phone photos and videos taken at the scene.

When Your Horsepower Is Not Proportional To Skill:

I mean, who can miss yellow Aventadors rolling on black wheels, with matching skirts, diffusers, and rear wings? The Aventador S that got rear-ended seems to have suffered from bumper, diffuser, and rear quarter panel damage. While the Aventador S behind messed up their front bumper and splitter. It also seems that a small fire broke out in the engine bay of the Aventador S in front but was put out quickly by a fire extinguisher.