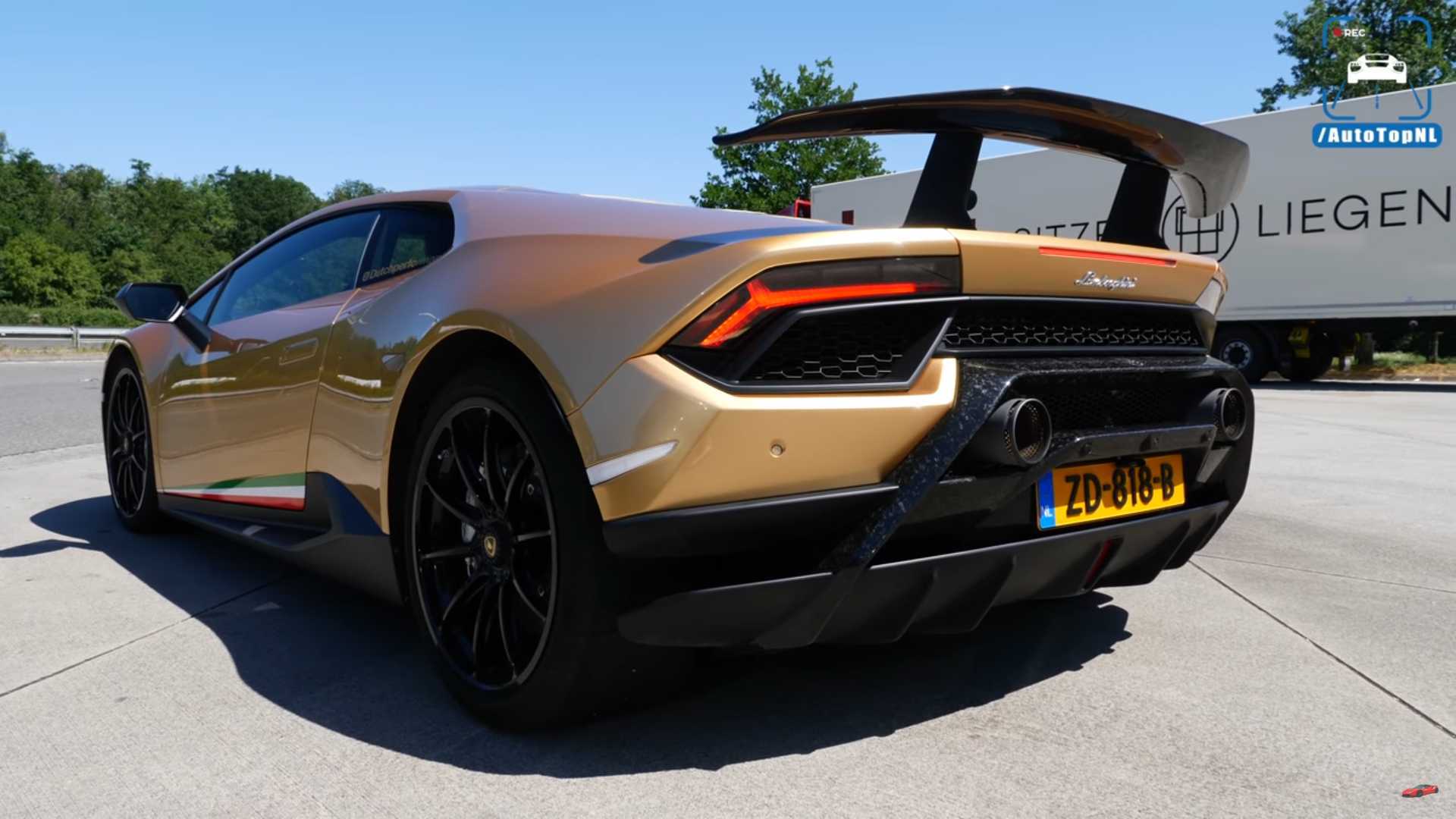 It doesn't quite reach its top speed, but with this soundtrack, we so don't care.

The Lamborghini Huracán hit the supercar scene in 2014, but it’s still a spine-tingling experience for drivers and passengers. Depending on the video quality, it can also be quite an exciting viewing experience for car crazy folks perusing the internet. AutoTopNL certainly knows how to put a good clip together, and this particular video showing several hard acceleration runs in the Huracán Performante is definitely a delight for the ears.

Admittedly, the visual aspect of this project isn’t particularly interesting. The video opens with an exterior view of the Lambo firing up its 5.2-liter V10, and we are met with a properly satisfying burble from the Performante’s twin pipes exiting the center of the rear fascia. In this trim, the naturally aspirated engine develops 630 horsepower (477 kilowatts) which is enough to send the supercar to 62 mph (100 km/h) in 2.9 seconds, and 124 mph (200 km/h) in just 8.9 seconds en route to a top speed of 325 km/h (202 mph). Or rather, that’s what Lamborghini says it will do.

This clip puts those stats to the test with a series of acceleration runs. After watching the Huracán enter traffic, the camera switches to a close-up of the Performante’s instrument cluster. On the right we see various data listing acceleration times and speeds, and you’ll notice right off the bat a speed discrepancy to what the cluster shows. This isn’t out of the ordinary on cars, especially at higher speeds, so in this case we’ll take what the telemetry shows as being the more accurate figures.

And what do we see? The Huracán Performance isn’t slow by any means. The initial sprint to 100 km/h is done in 3.02 seconds – a virtual match to what Lamborghini says its supercar will do. The second run gives a 100 km/h - 200 km/h time of just 5.94 seconds. The final run doesn’t hold back, launching from a standstill to 315 km/h and running 0 - 200 km/h in 9.2 seconds. Both numbers are a bit under Lamborghini’s stated figures, but it’s quite likely the Huracán could’ve reached its top speed with more room to run. And a difference of three-tenths of a second in the 0 - 200 km/h run could easily be attributed to numerous factors such as weather, altitude, tire condition, and so on.

The real takeaway here, however, is the glorious noise the V10 engine makes under full boot. So sit back, relax, and give your ears the Italian concert they deserve.