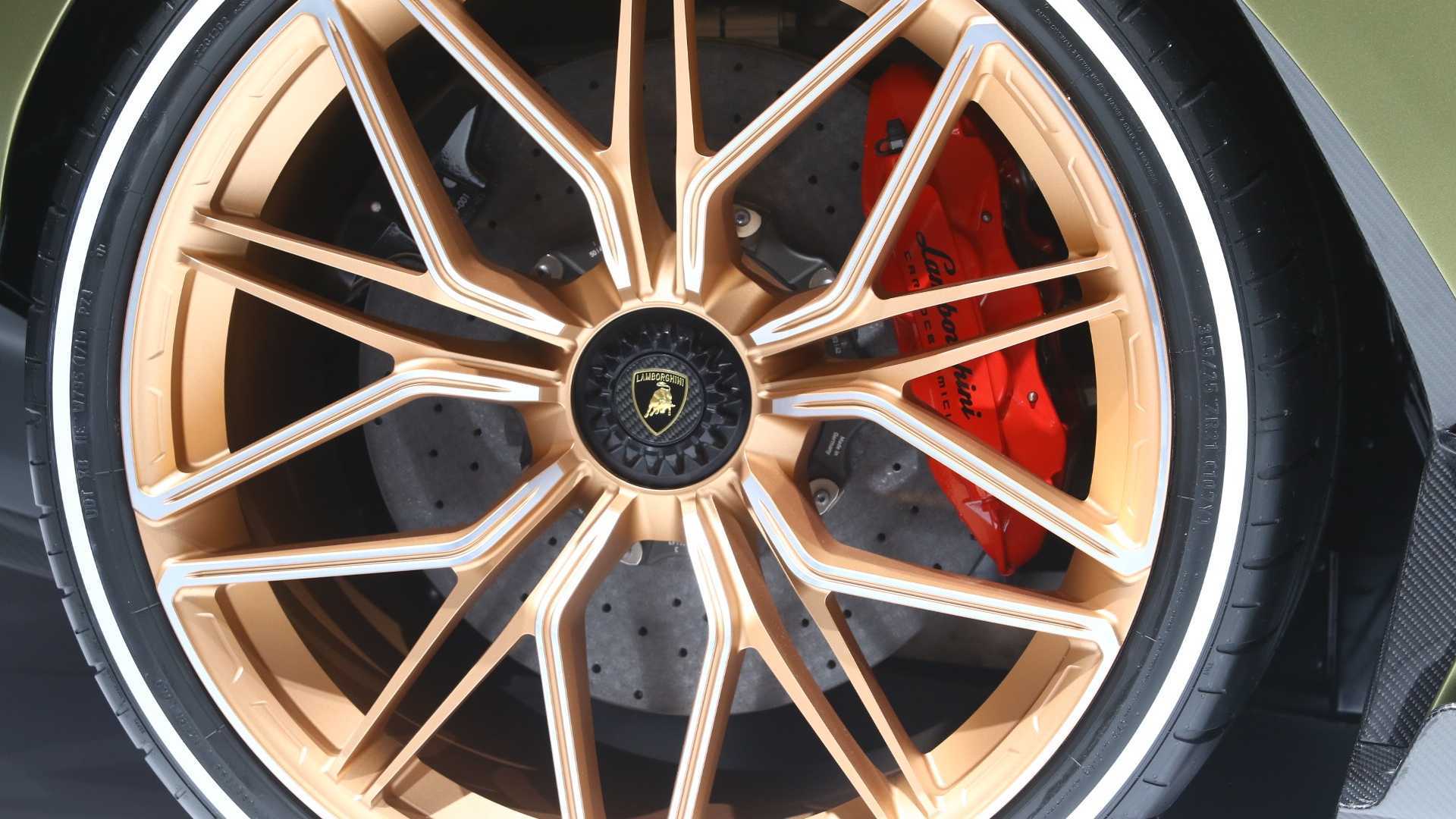 It should be a tad cheaper than the actual $3.6-million car.

Lamborghini and the Lego Group announced a tie-up at the beginning of the year and provided a shadowy teaser image of an upcoming 1:8 set. At that point, it gave us the impression the do-it-yourself brick car previewed in the image was the Sián FKP 37. It would seem we were right as a new teaser video released this week shows the wheel design of the new Lego set perfectly matching that of the actual car.

As a matter of fact, the short video shows the bronze/copper center-lock wheel alternating from the real car to its Lego Technic counterpart in a smooth transition that further signals we’re dealing with Lamborghini’s first hybrid car turned into bricks. It is set to become the third Lego Technic Ultimate Series set after the Porsche 911 GT3 RS and Bugatti Chiron and should have thousands of pieces considering the former has 2,704 parts while the latter is even more complex, at 3,599 parts.

Details about how much it costs are shrouded in mystery, but we’ll remind you the Porsche carried a $299 sticker when it came out while the Bugatti was significantly more expensive, at $349. As for the actual Sián FKP 37 limited to 63 copies, the electrified Lamborghini debuted at last year’s Frankfurt Motor Show with a sold-out status despite an eye-watering $3.6-million price tag.

We’re hoping the Lego Technic version of the 819-horsepower machine from Sant’Agata Bolognese will get a fullsize sibling in the same vein as the 911 and Chiron. Some of you will recall the two high-end sports cars were actually crash-tested by Germany’s automobile association ADAC just for fun, so maybe the Sián FKP 37 will suffer the same fate as well.

The set will likely be revealed in the coming days or weeks ahead of a sales launch set for June 1. If you’d rather see an actual new Lamborghini, tomorrow will be the day when a new model will be unveiled to “complete the model range.” It could be a plug-in hybrid Urus or a rear-wheel-drive Huracan Evo Spyder.