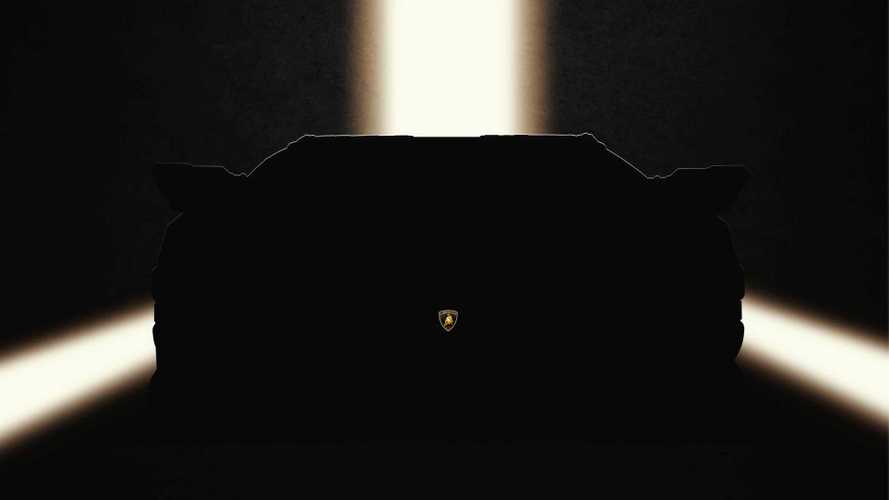 It was back in 2016 when Lego started doing supercars for its Technic Ultimate Series with the Porsche 911 GT3 RS before coming out with a similar set based on the Bugatti Chiron a couple of years later. The third high-performance machine in the lineup is going to be a brick-shaped raging bull, with Lego and Lamborghini teaming up for what will be an intricate scale model of this shadowy car.

While neither of the two companies is willing to spill the beans regarding the model’s identity just yet, we’re tempted to believe it’s the Sián. As you may recall, Lamborghini’s first hybrid received the “FKP 37” suffix shortly after the car’s unveiling in the aftermath of Ferdinand Karl Piëch’s death. The number “37” refers to the year the former chairman of Volkswagen and the grandson of Ferdinand Porsche was born – 1937.

The reason why we think it’s the Sián FKP 37 has to do with the “Y” lighting motif in the background of the teaser as the three bars of light resemble the supercar’s headlights. It’s an upside-down “Y” as opposed to the horizontal positioning of the lights on the actual car, but the idea is the same. Along with the hexagon, “Y” is a recurring stylistic element that dates back to 1967 when the Marzal concept was unveiled.

Check Out The Previous Sets:


Getting back to the Lego Technic set, the new brick Lambo will be available on a 1:8 scale, much like the Porsche and Bugatti before it. There’s no word just yet about the number of pieces, but we’ll remind you the 911 GT3 RS had 2,704 parts while the Chiron had a whopping 3,599 bricks. In regards to pricing, reports are saying it’s going to set you back somewhere in the region of $379, which would make it the second most expensive Lego Technic set ever, after the $449 Liebherr R 9800 Excavator. As a refresher, the Porsche came out with a $299 asking price, while the Chiron was priced at $349.


Expect some great things from the new Lamborghini Lego Technic kit as the press release hints at some neat stuff:

“With the possibility of constructing transmissions, differentials and gearing systems, Lego Technic is an advanced building experience that many fans find challenging yet rewarding. When you build with Lego Technic, you learn how to Build for Real.”

Both the 911 GT3 RS and Chiron Lego Technic sets went on to receive 1:1 replicas of the real cars, and we’re hoping it’s going to be the same story with the Sián FKP 37.

The set goes on sale June 1.