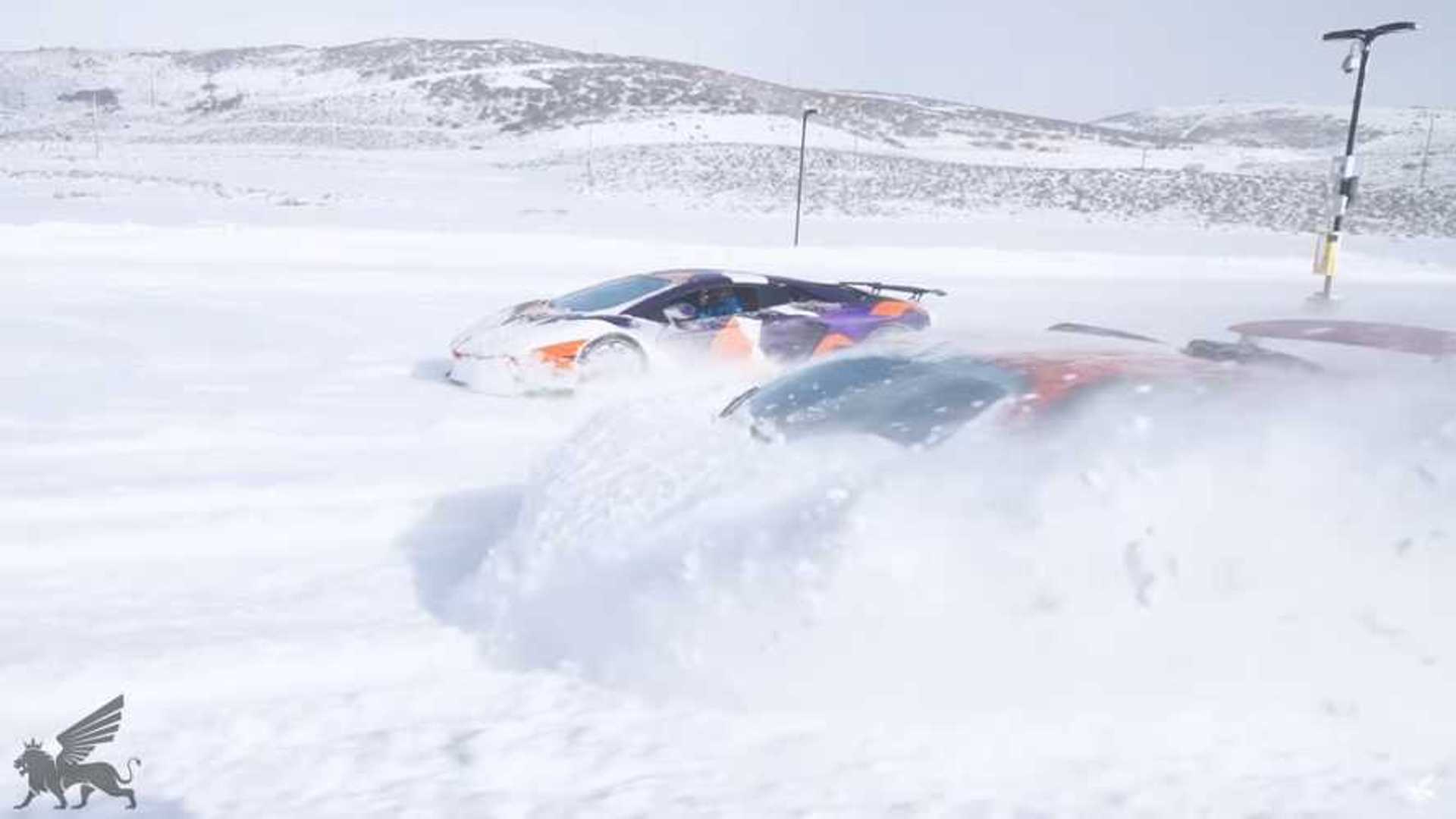 Bugatti Veyron And Lamborghini Aventador Play In The Snow


Seeing supercars driving in the snow is a jarring thing. For one, those who often spend the hundreds of thousands – or millions – of dollars on today’s high-powered supercars tend to keep them tucked away. It’s rare to see some out on a warm sunny day, and even more so when the temperatures drop and it snows. But for one Bugatti Veyron owner, the snow wasn’t all bad. A video from Royalty Exotic Cars shows the hypercar drifting, sliding, and having fun in the snow.

Playing In The Snow:

Watching This Lamborghini Miura In The Snow Is Oddly Satisfying

2020 Corvette Doesn't Like The Snow, Crashes On Detroit Highway

The Bugatti isn’t alone, though. A Lamborghini Aventador joins it that’s just as eager. Both feature all-wheel drive, which gives them a bit of an advantage in putting all that power to the ground, but only slightly so. Both the Lamborghini and Bugatti have low ride heights, making them more like a snow plow than a capable winter machine.

The video shows snow caked on the fronts of both supercars, clogging intakes, and other front openings. You can even see snow collecting in the wheels. The snow also whips over the tops of each as they power through the powder. The Bugatti’s all-wheel-drive system also makes it the perfect tow vehicle, if you plan to tow a gentleman on skis.

Empty, snow-covered parking lots are where many teens learn car control before their parents send them off to drive on real roads with serious dangers. Learning how a car moves as traction and weight shift and change is vital when there’s an on-road emergency, and the road conditions are slick. Snow-covered parking lots are also useful to skilled drivers, too, providing a low-traction playground in a relatively safe manner – you do have to watch out for curbs, poles, and trees, though. Then again, there is no place safer to have fun in a car than at a designated track. Keep it safe, alright? 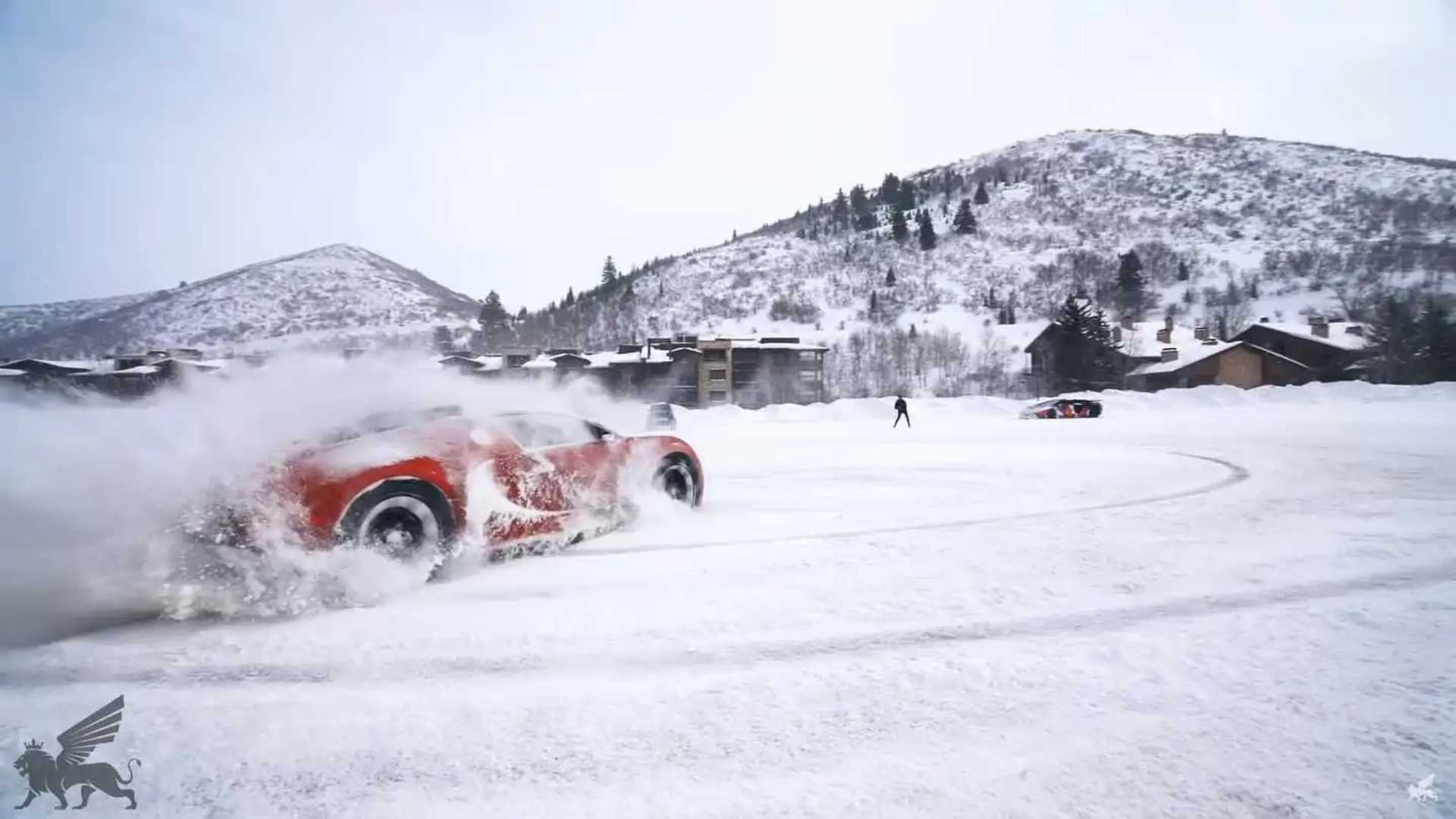 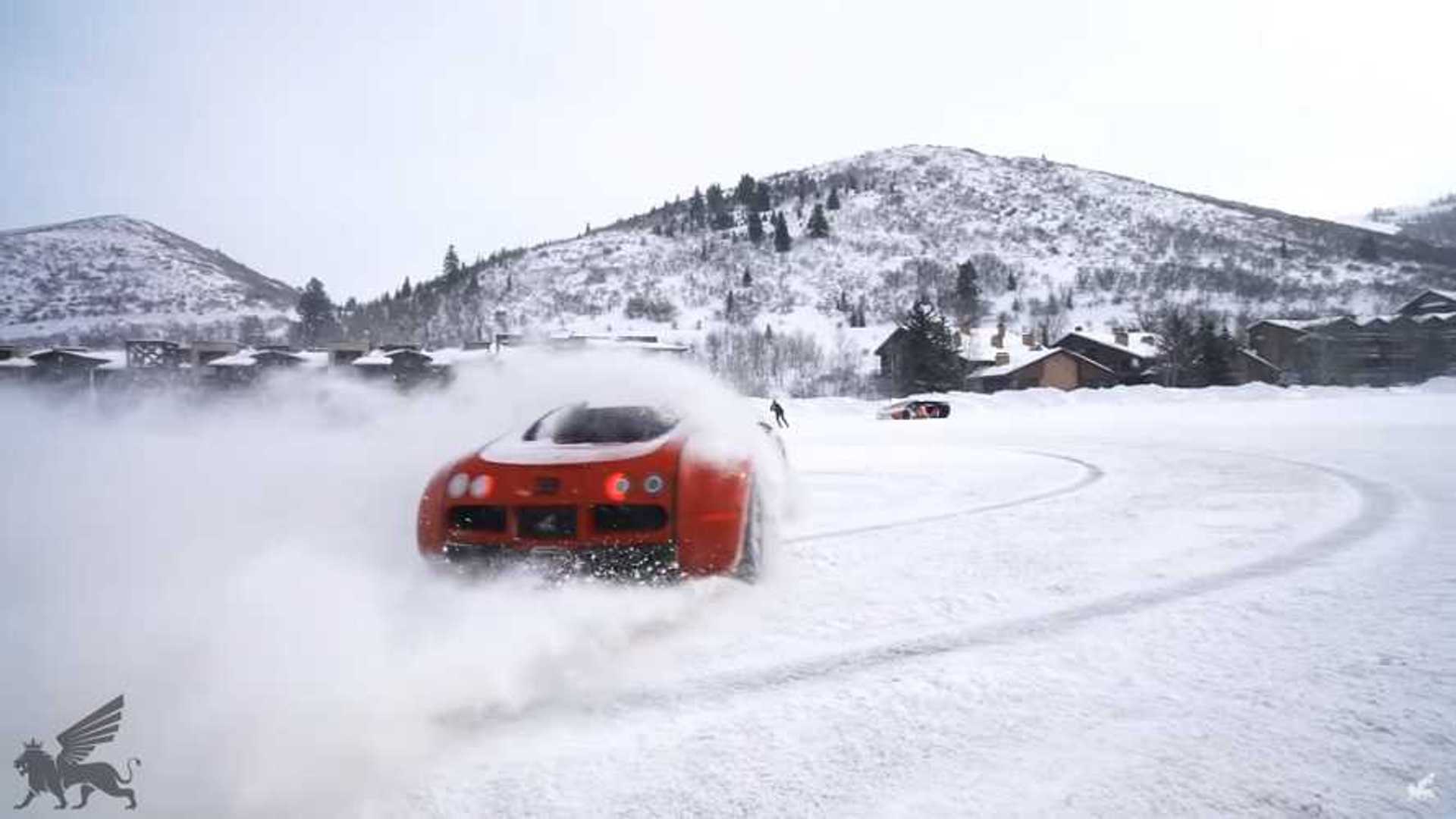 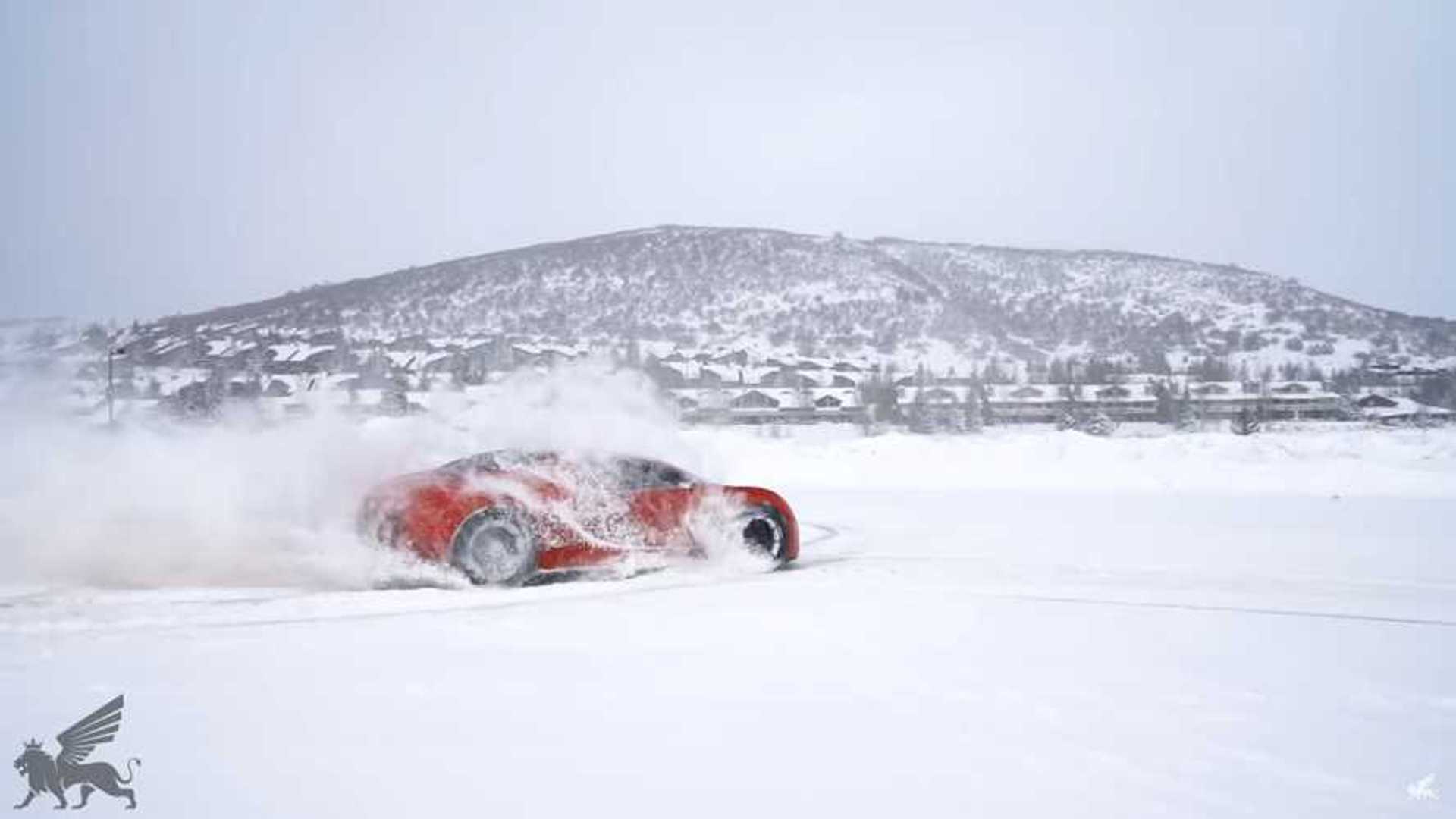 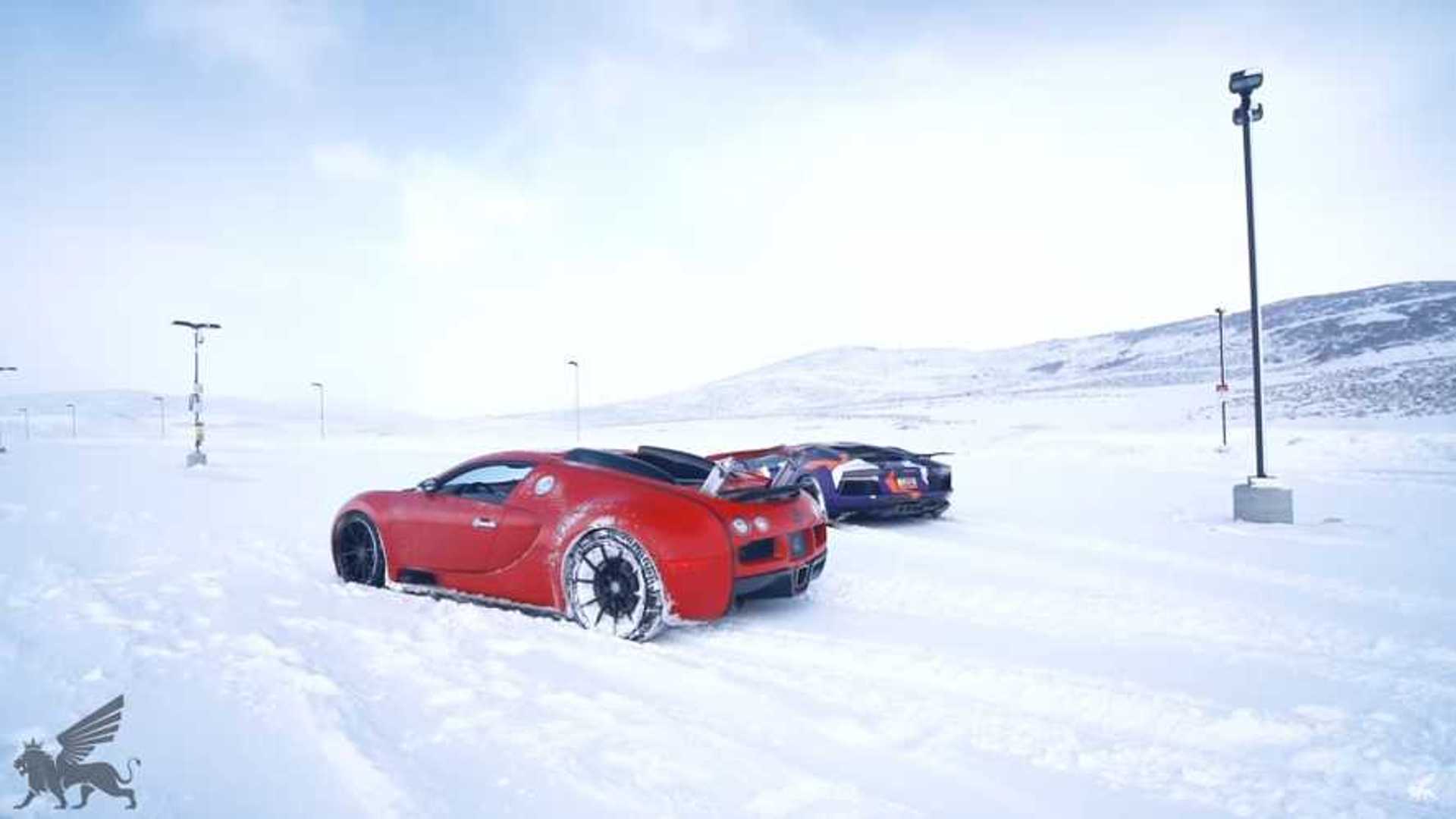 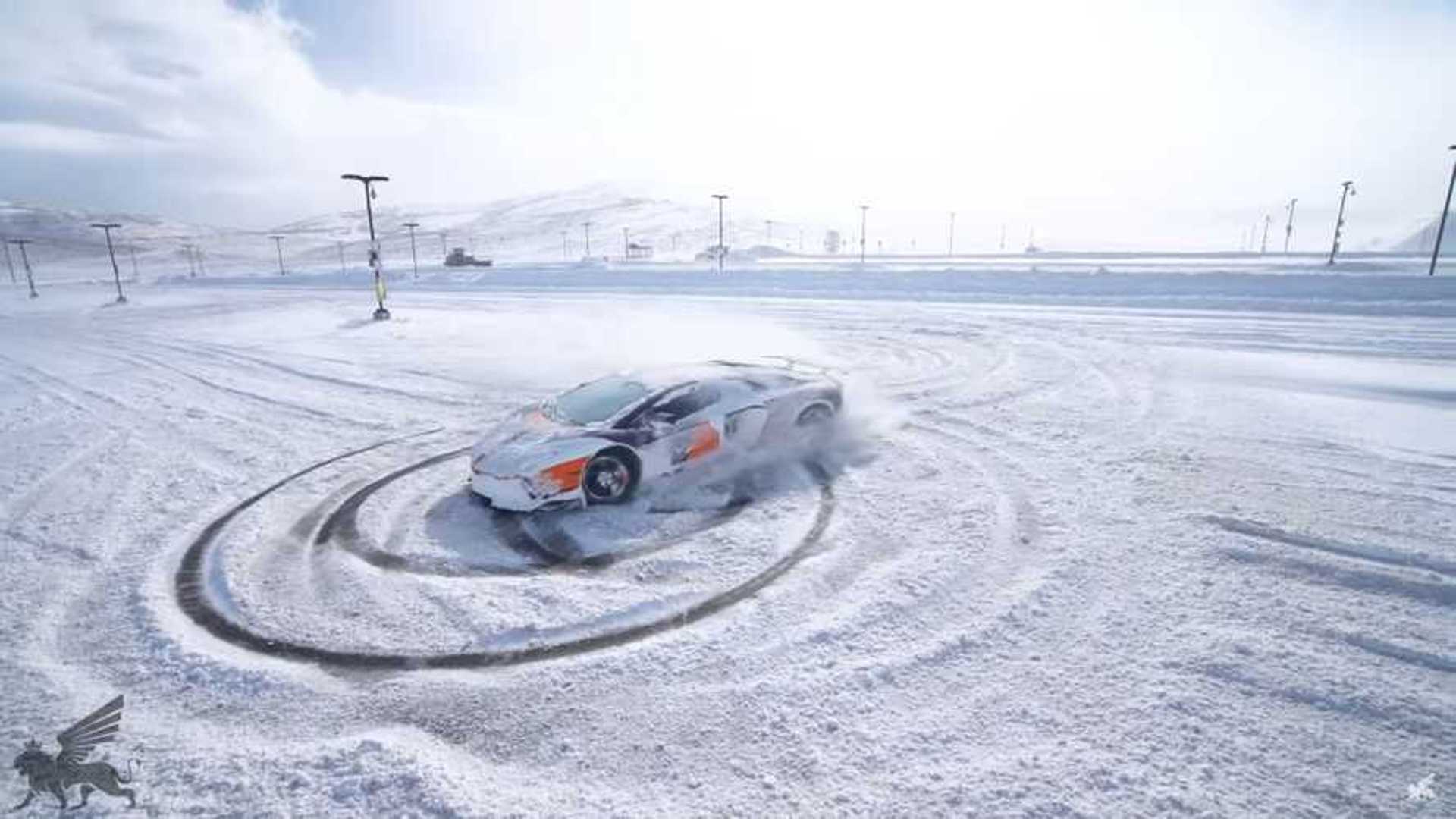 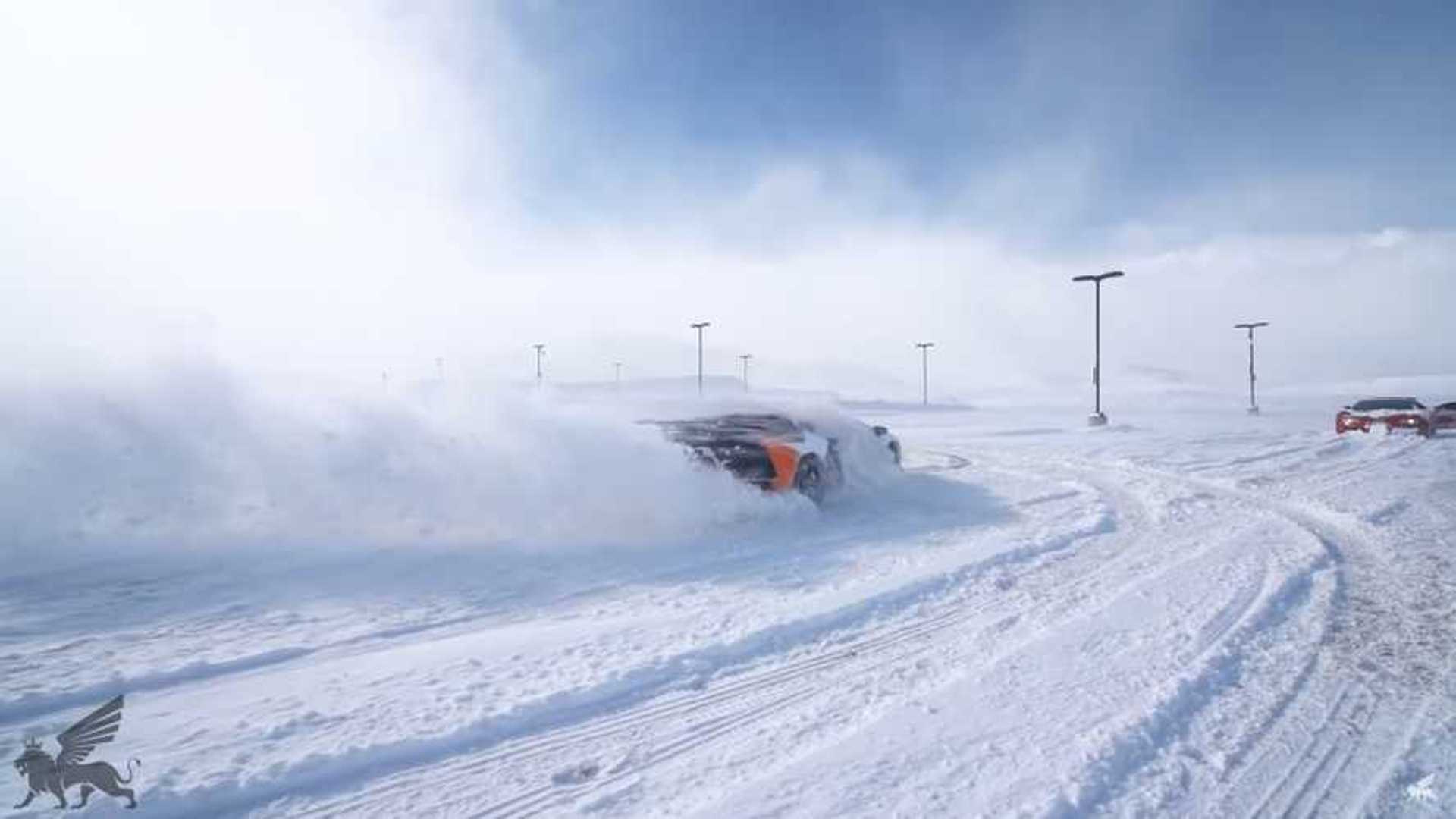