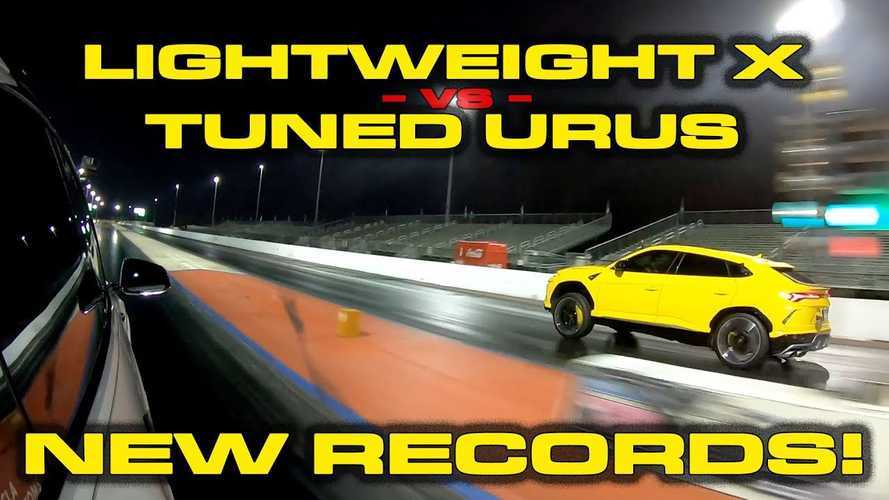 Both are seriously fast, regardless.

SUVs have come a long way from versatile, off-roading vehicles to now powerful machines that can set a drag strip ablaze. We've seen the development of these high-riders through and through. Their rise in popularity has even affected the sales strategies of certain auto manufacturers.

The Lamborghini Urus is one of the most powerful SUVs that your money can buy. Armed with the same DNA that its supercar siblings have, a stock high-riding Lambo can accelerate from zero to 62 miles per hour (100 kilometers per hour) in just 3.6 seconds. Not bad considering its weight and its capability to carry up to five people in its cabin.

Another incredibly fast SUV isn't a gasoline-powered unit but draws power from batteries instead. The Tesla Model X, specifically the P100D with Ludicrous Plus mode, can do the same sprint as the Urus – but faster at 3.1 seconds.

With that, a drag race between the two is inevitable. This video from DragTimes is actually the third time that these two will face each other at a drag strip. Today's different, however, since both have employ

For starters, the Lamborghini Urus retains its twin-turbo 4.0-liter V8 but it was tuned by 1016 Industries for an estimated output of 725 horsepower (541 kiloWatts). That's around 75-hp more than what a stock Urus could produce, and more than enough to pull the 4,850-pound (2,200-kilogram) monster off the line as quick as possible.

On the other hand, the Tesla Model X isn't exactly configurable, but the owner lightened the car a bit – by 200 pounds (around 90 kg) – by removing the front storage.

The race between the two SUVs was neck-and-neck, but we won't spoil the results for you. Watch the video on top of this page and let us know what you think in the comments section below.