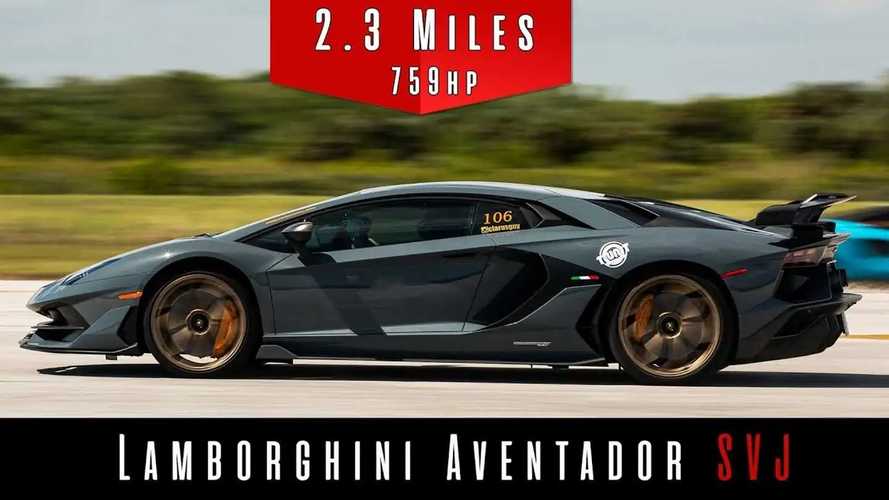 
Mondays can be rough, so when we got a heads up from Johnny Bohmer Proving Grounds that a new video was coming, we were intrigued. When we learned it was a very rare and exceedingly fast Lamborghini Aventador SVJ making a top-speed run, we were flat-out stoked. Then we learned something new – the reigning Nürburgring production-car champion wouldn’t be tackling the full 2.7-mile stretch of Florida runway that Johnny Bohmer typically uses. Instead, it would open its taps for just 2.3 miles.

Why the shorter run? We aren’t told specifically, but the Aventador SVJ has a listed top speed of 217 mph, making it one of the fastest cars we’ve ever seen on the runway. Shutting down at 2.3 miles leaves a mile of usable space to safely slow down, and with speeds expected to go well beyond 200 mph, we suspect the extra runway was a necessity this time around.

And boy does the Lambo not disappoint. It rips a clean launch, pulling nearly a full g with its all-wheel-drive system making the most of the SVJ’s 759 horsepower. The naturally-aspirated 6.5-liter V12 sounds like a chorus of Italian angels, marking the end of an era as turbochargers and electrification continue to wind through the automotive landscape. The big hypercar pulls hard to 190 mph, at which point the acceleration finally begin to wane ever-so-slightly. Steady progress continues past 200 mph, but the rate noticeably dips at 206 when it sounds like the Lambo get into top gear. Even then, the speed keeps inching higher until it peaks at 210 mph at the 2.3-mile mark.

Yes, that’s slower than Lamborghini’s official top speed, but it must be noted that speed was still increasing when the driver finally lifted. Given more room to run, it’s quite possible the SVJ could’ve realized its full potential. Still, going from a standstill to 210 mph in 53 seconds isn’t slow by any stretch of the imagination. 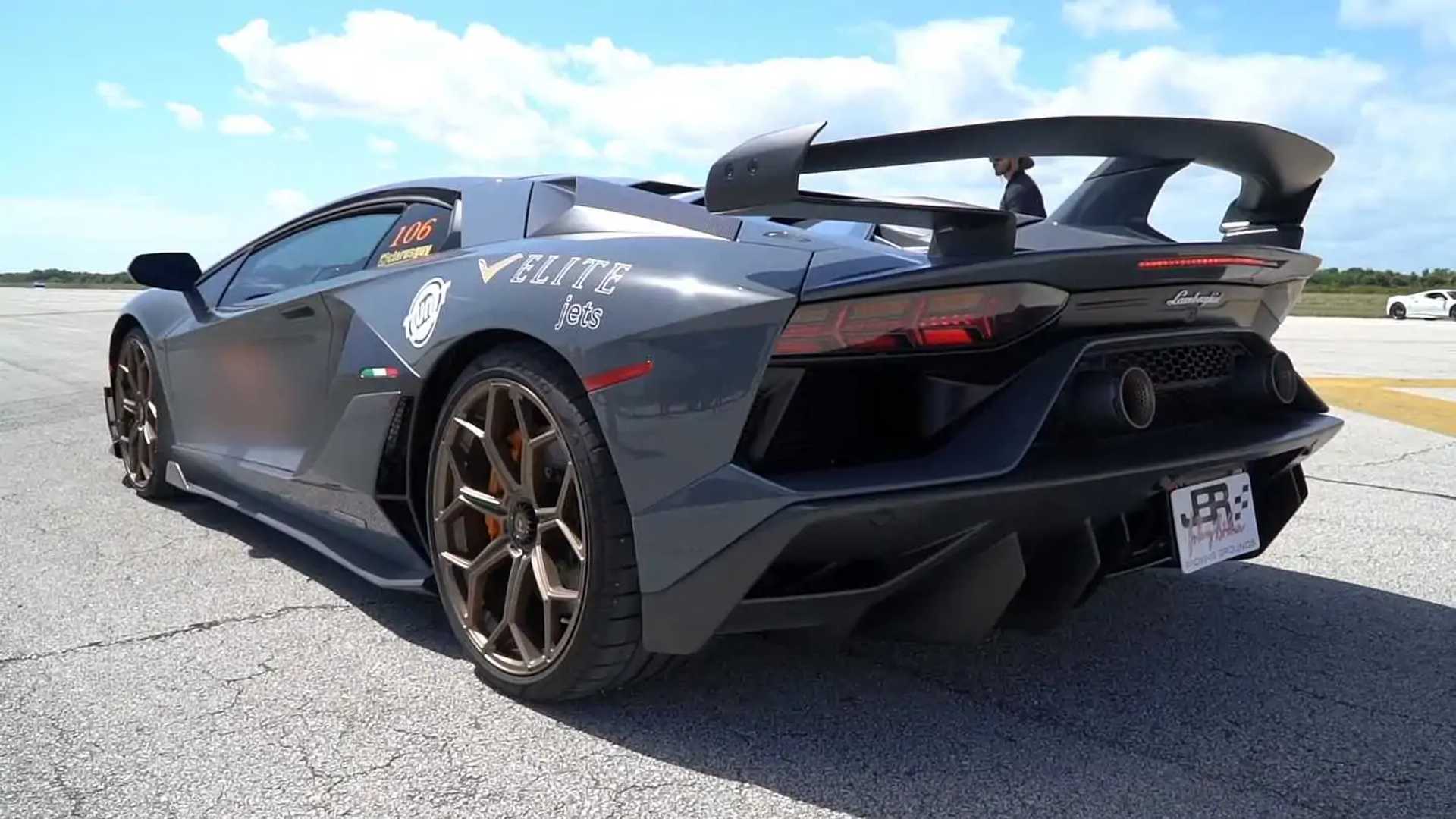 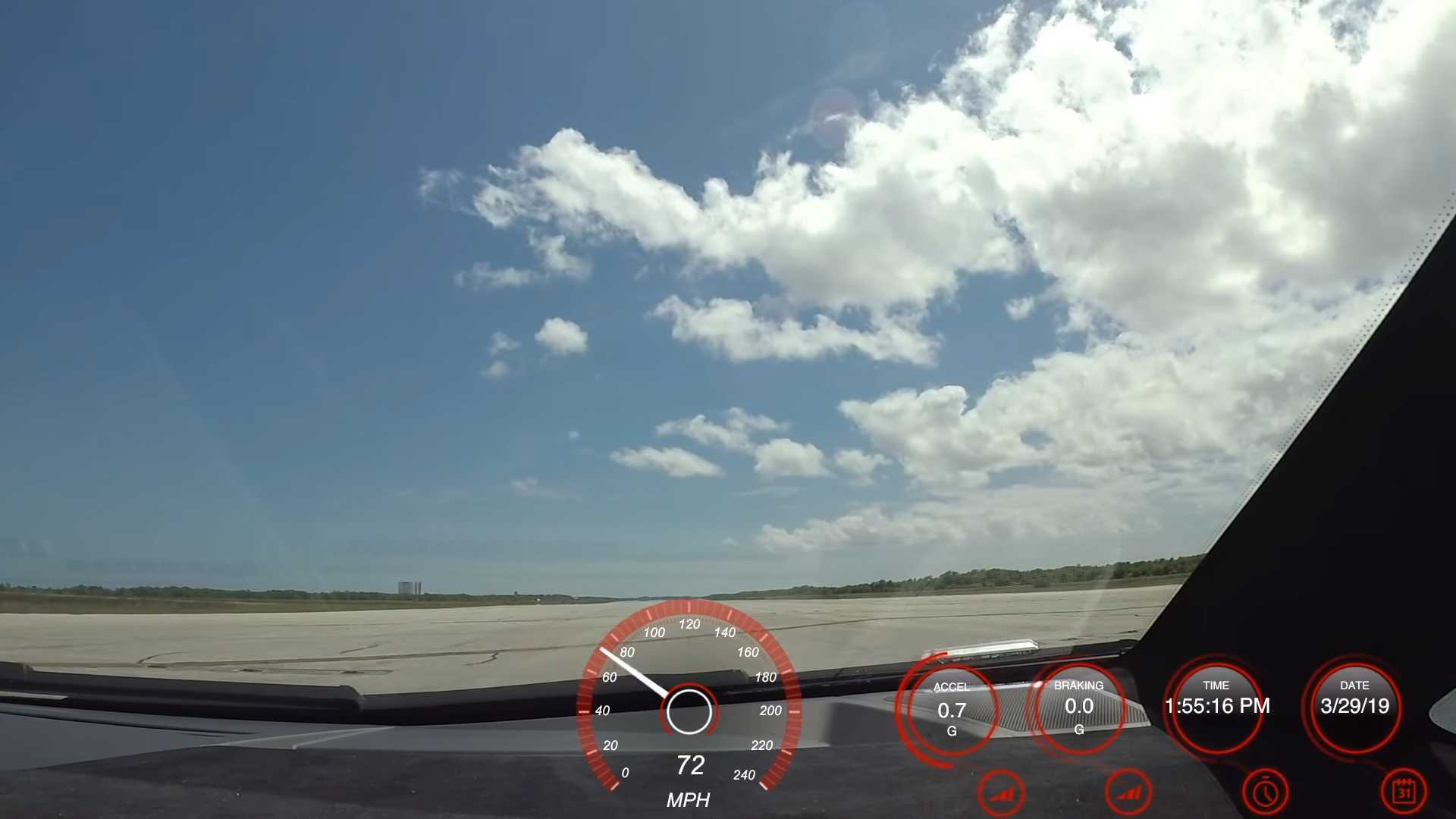 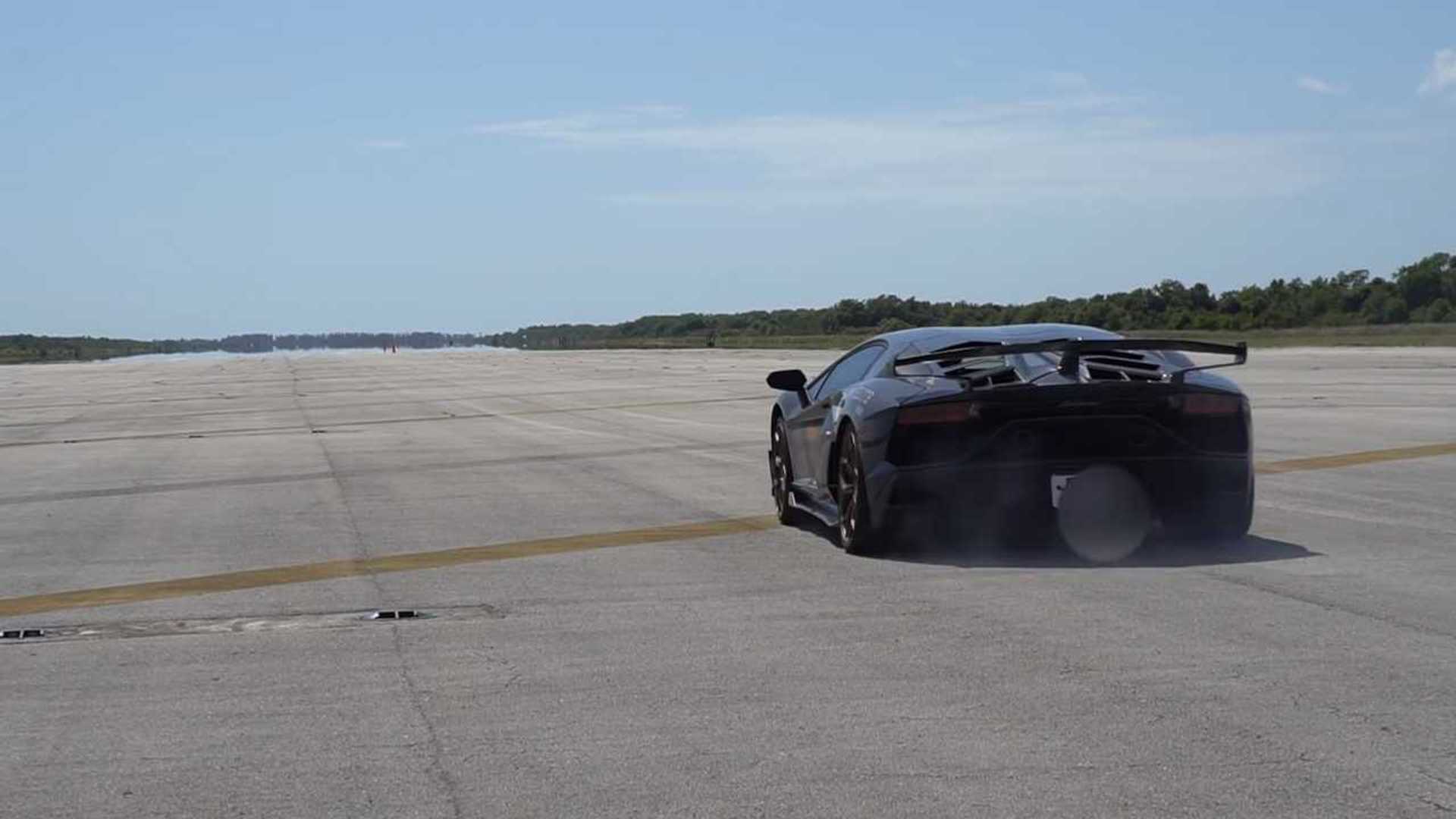 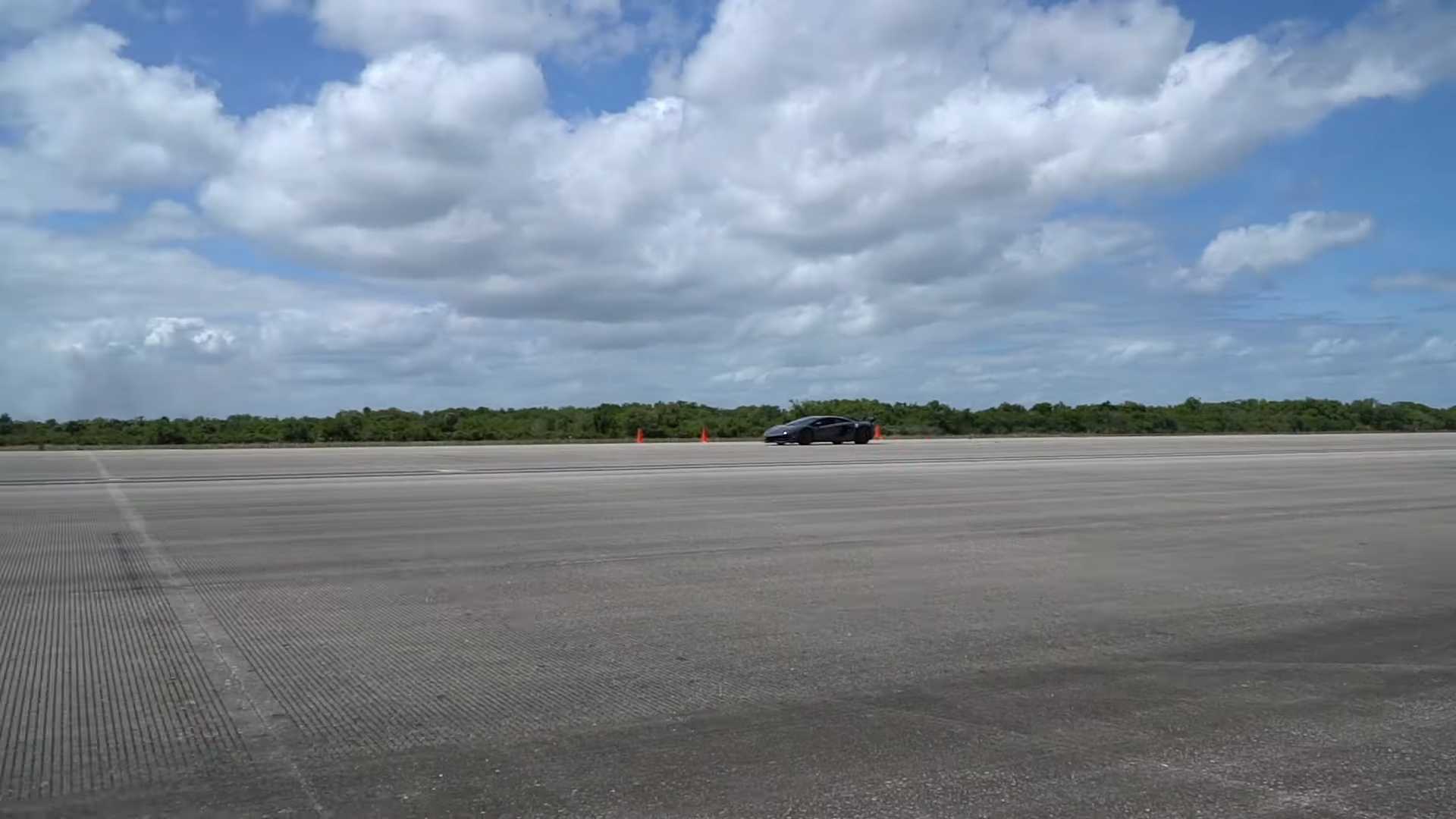 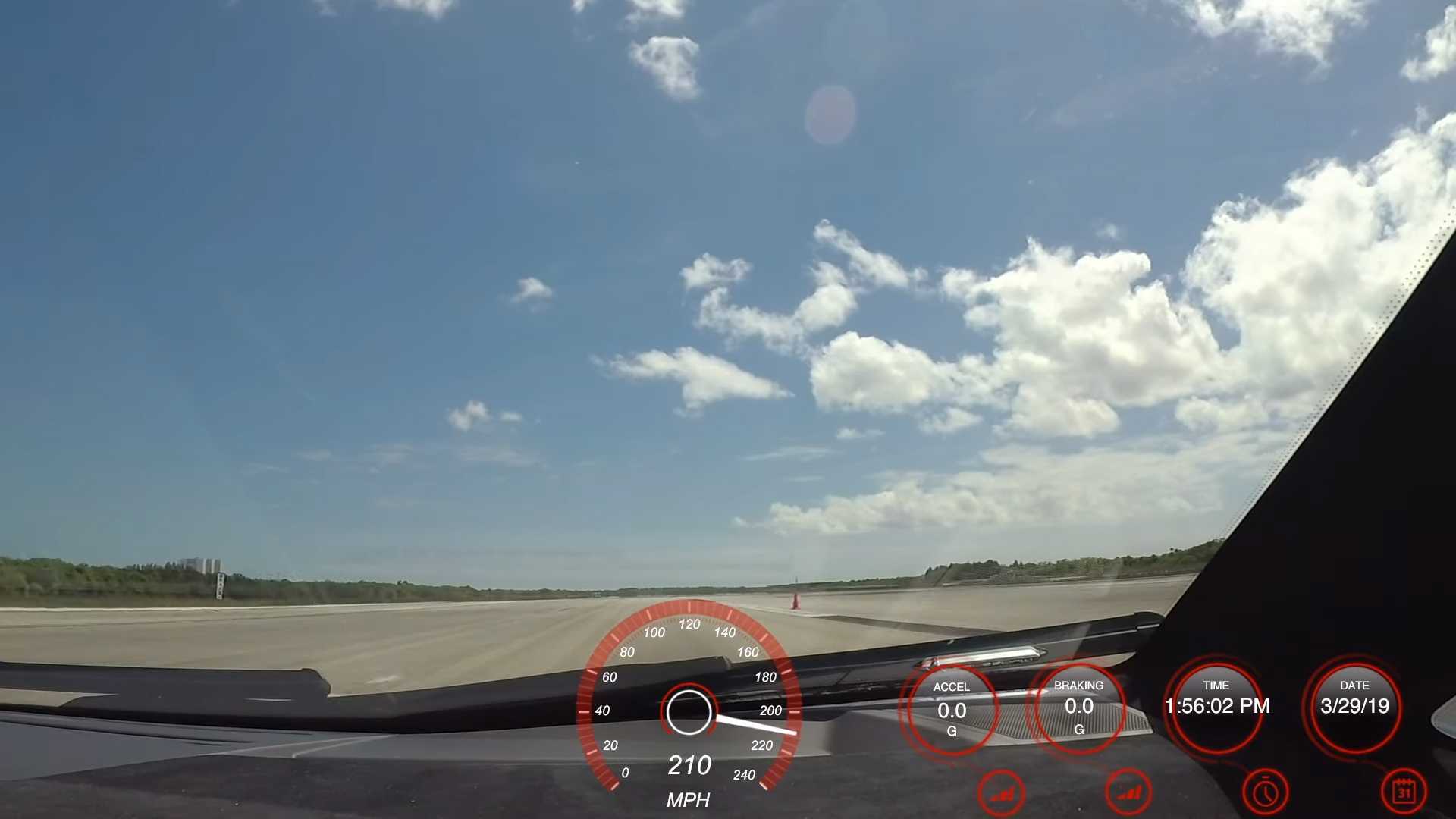 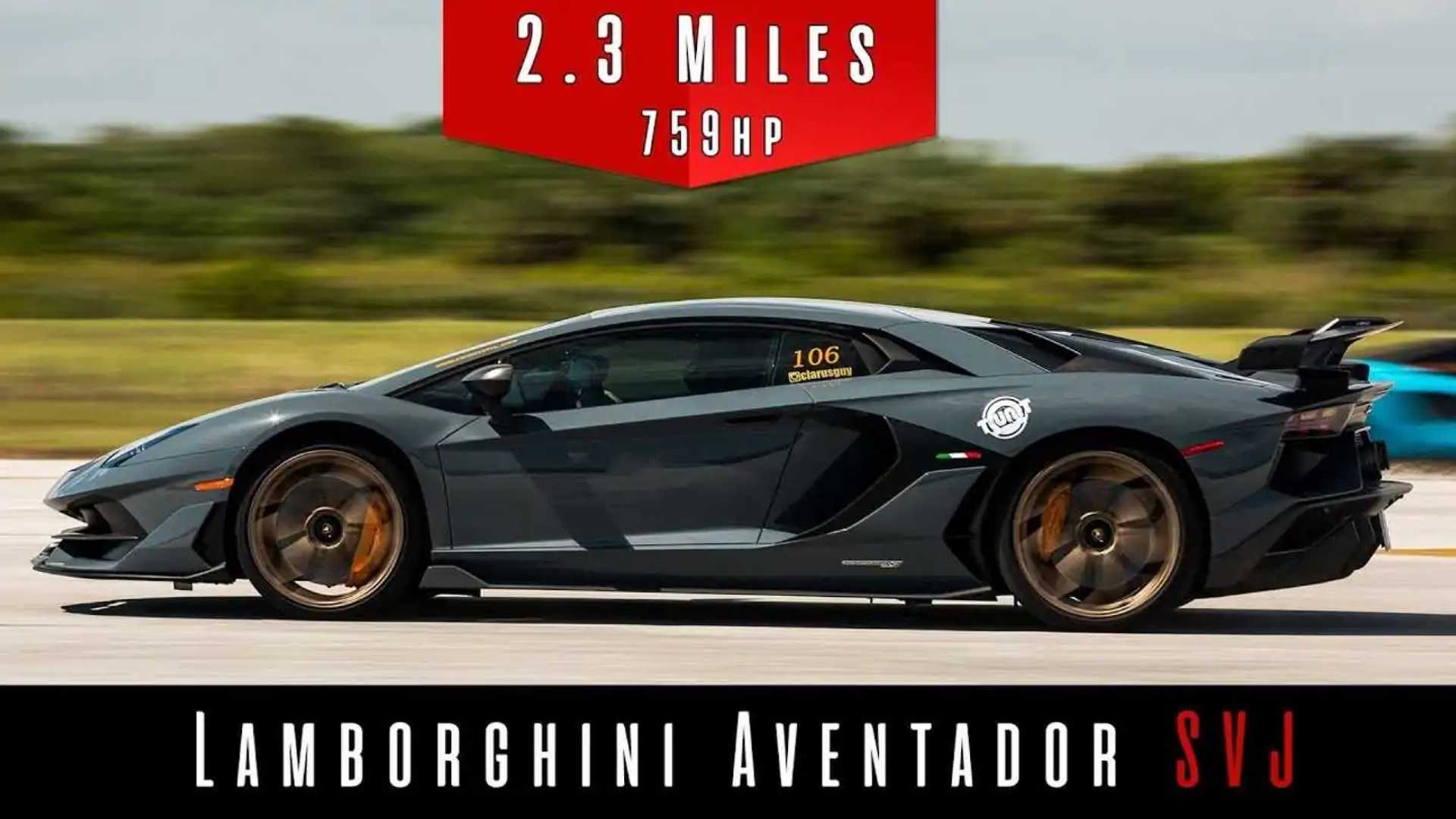