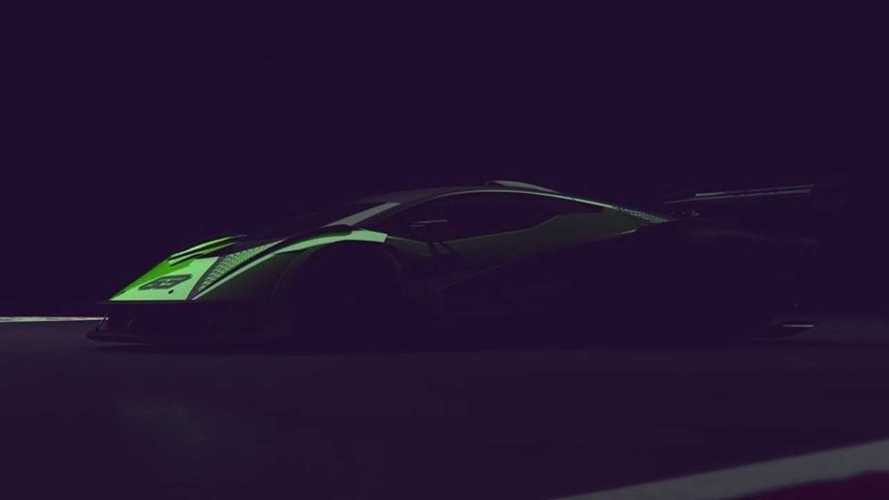 The rumors were true – Lamborghini is developing a track-only model through its Squadra Corse motorsport division. Even though it won’t be unveiled until next year, the Sant’Agata Bolognese marque is eager to drop a first teaser video of the wild raging bull as part of the preview presented this weekend during the Super Trofeo World Final event organized in Jerez de la Frontera in Spain.

The shadowy video gives us the opportunity to admire what looks to be a massive rear wing made from carbon fiber part of a significant aero package also including a large roof scoop manufactured from carbon fiber as well. The “63” graphics on the body are similar to those of the Aventador SVJ 63 and denote Lamborghini’s year of birth – 1963. Other noticeable features include the dual air intakes in the front hood and center-lock wheels with Pirelli tires and Brembo brakes.


Speaking of the Aventador, it goes without saying the new beast is based on the company’s flagship model, complete with a naturally aspirated 6.5-liter V12 engine. It’ll be an unleashed version of the powerhouse, meaning the engineers won’t have to apply any of the restrictions that the engine of a road-going model would need to meet regulations.

The end result will be 830 horsepower or a full 60 hp more than the aforementioned SVJ. Output will be channeled to the wheels through a six-speed Xtrac sequential transmission replacing the seven-speed ISR of the road car. One of the vehicle’s highlights will be a newly developed self-locking mechanical differential allowing the driver to adjust its preload depending on the track and road surface.

The Future Of The Aventador:

Lamborghini Aventador Replacement Rumored To Be Delayed Until 2024

If the rumor mill is to be believed, Lamborghini Squadra Corse’s machine will go by the name of Aventador SVR to follow in the footsteps of another model restricted to the track, the Miura SVR. The limited-run monster is being characterized as “track only but no races for the super sports car,” which means it’s not going to get a dedicated racing series.

Reports say production will be limited to 40 units and customer deliveries are slated to commence in 2021.