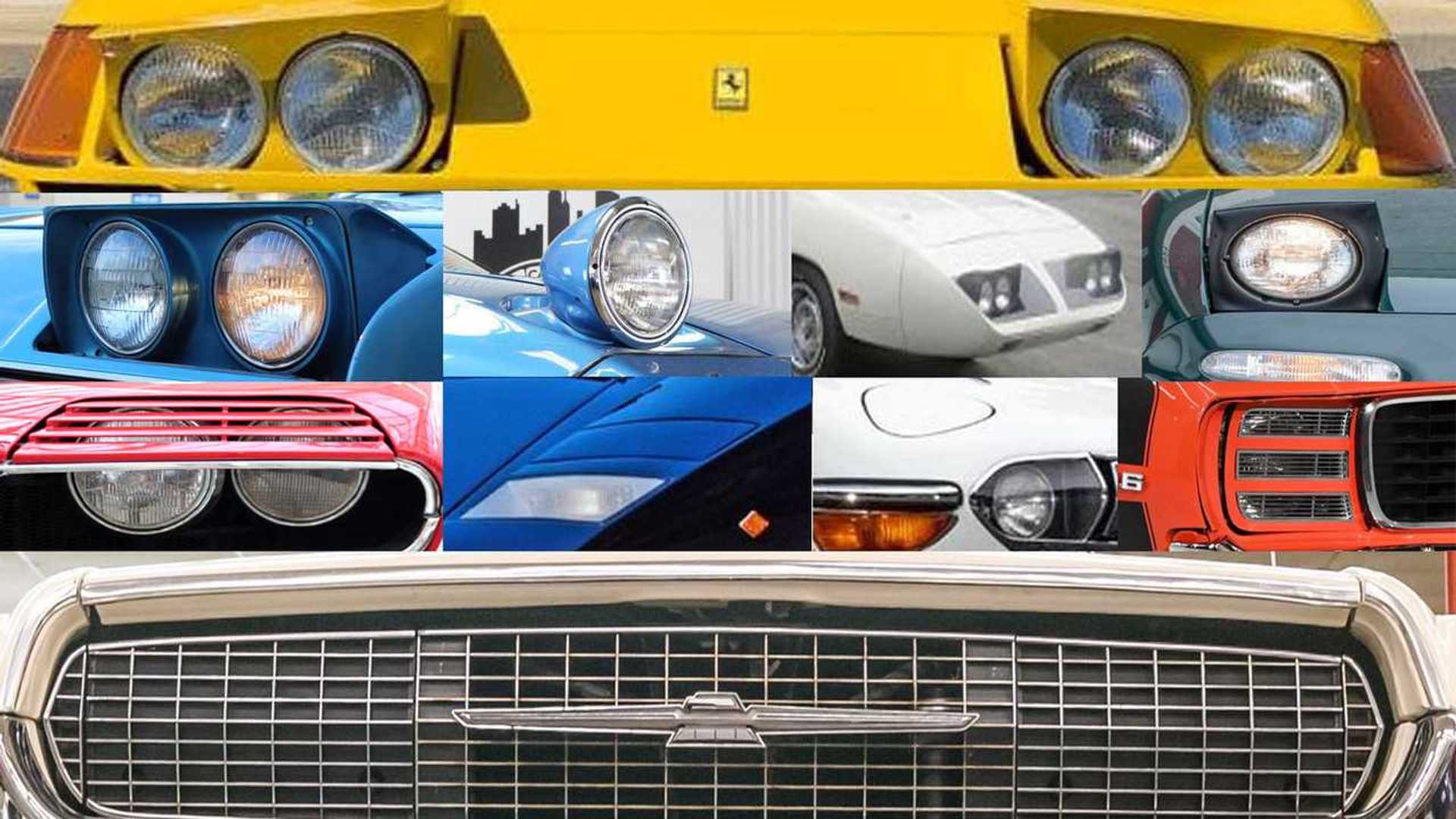 Some automotive design trends come and go, while others last for generations.

The use of hidden headlights is perhaps the best example of the latter as retractable lights first showed up on the 1936 Cord 810, and they were last used on the 2005 Chevrolet Corvette. Speaking of the Corvette, this car used hidden headlights from 1963 until 2005 with each generation featuring a different take on retractable covers – the C4 had one of the best light design with retractable covers that would do a back flip and rotate a full 180 degrees.

Whether they were created for aerodynamics or style (or a mix of the two), these lights were killed off due to safety, and isn't hard to see why. For starters, a faulty motor or vacuum pump meant that the headlights would not illuminate the road, but they also got phased out to help improve pedestrian safety. Hidden headlights were also called pop-up headlights, but as you'll soon learn, not all pop-up headlights are necessarily hidden.

Keep reading to find out the 10 coolest classic cars with hidden headlights. 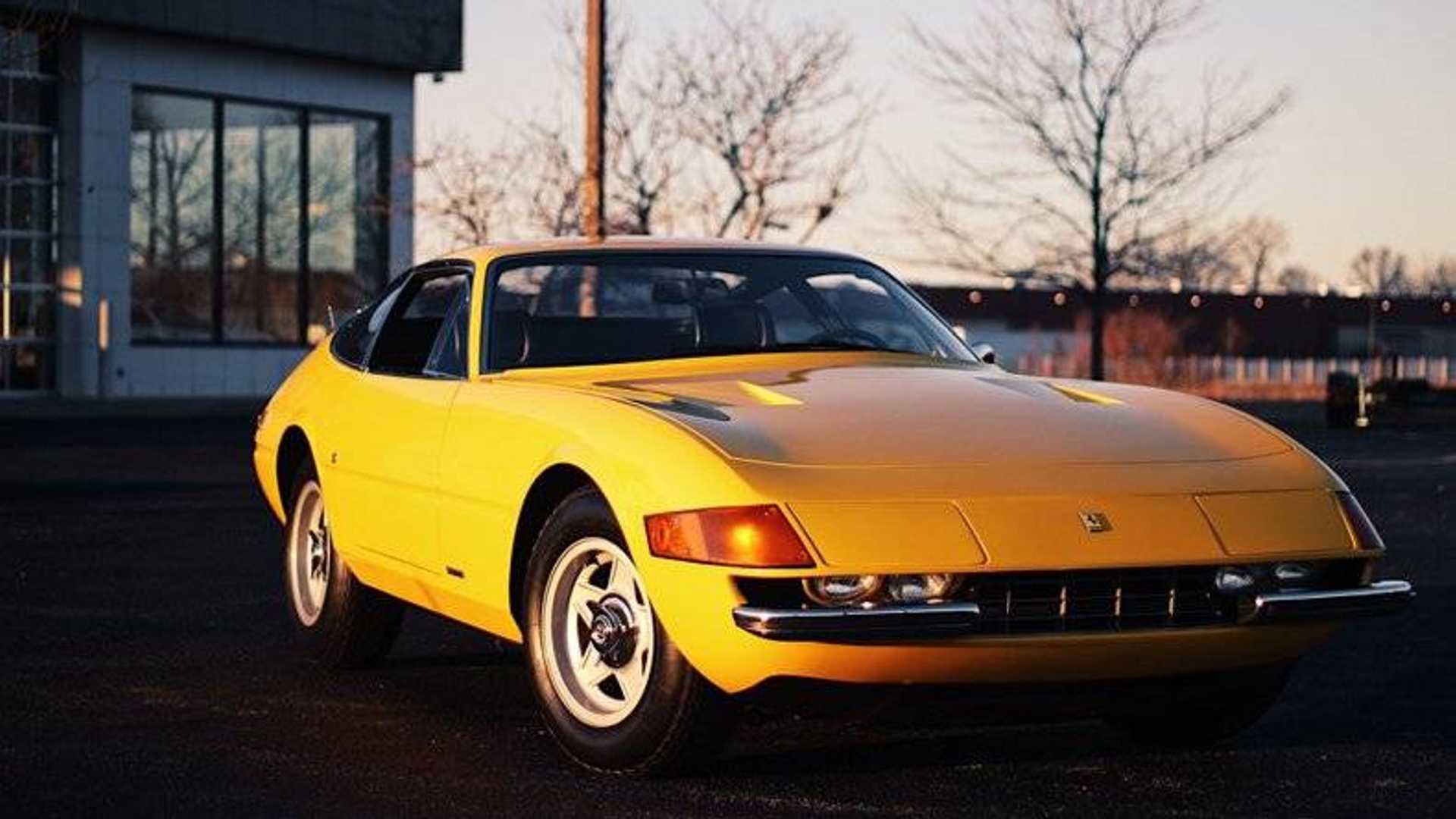 Officially named the 365 GTB/4, this wasn't the first – or last – Ferrari to use retractable headlights, but it was one of the best looking. These lights gave the Daytona a bullet-shaped nose capping off a long front end that hid a screaming V12 engine. Oddly, the headlights weren't completely hidden as the bulbs are noticeable just behind the split bumper even when the lights are turned off. The headlights aren't even the most noticeable part of the front end either – that would be the massive amber turn signal lenses that wraparound the fenders.

Here's a beautiful Giallo Fly Ferrari Daytona that is up for sale, and you'll find plenty of other Ferraris with pop-up headlights over at Ferrari Chat. 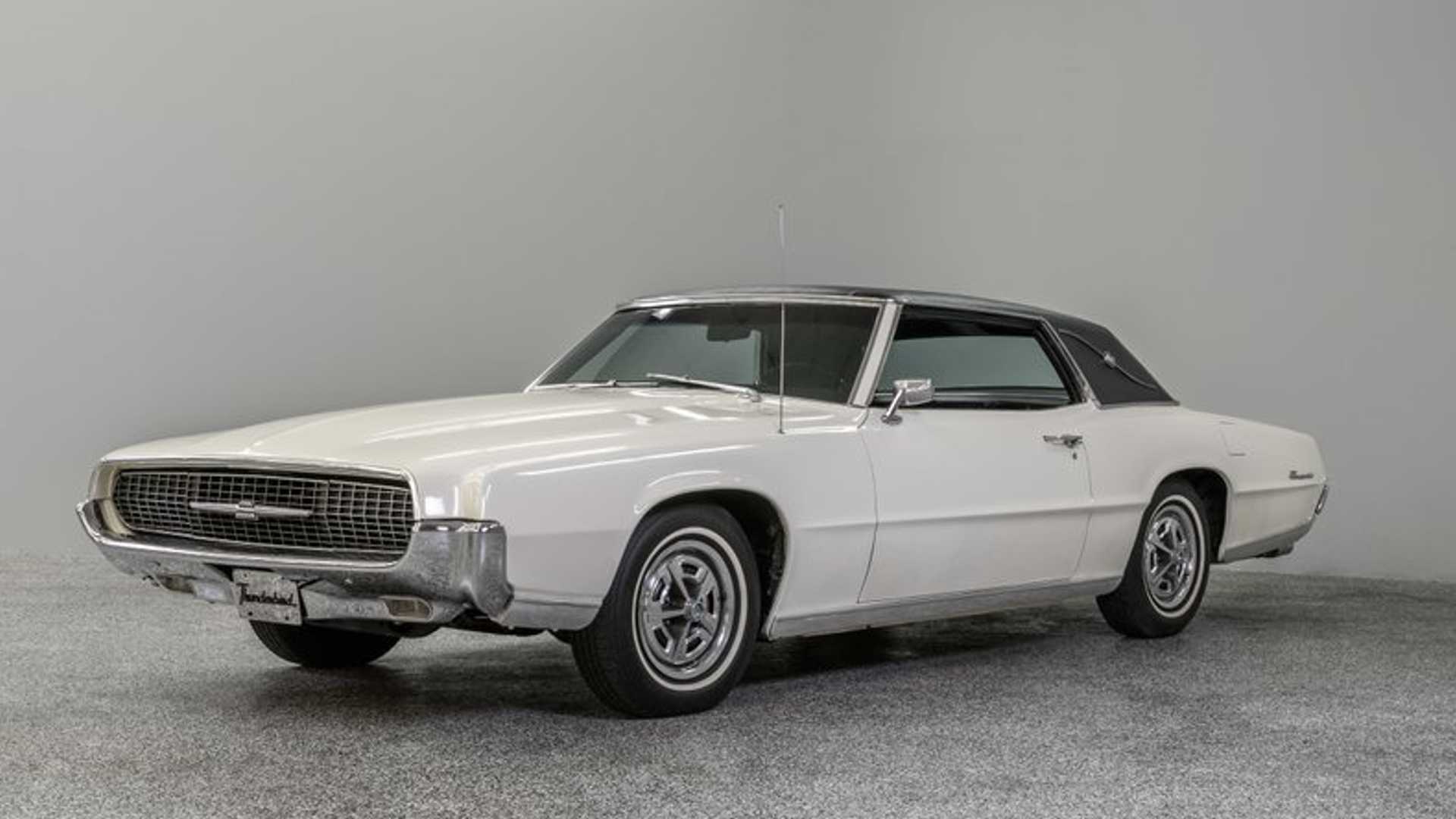 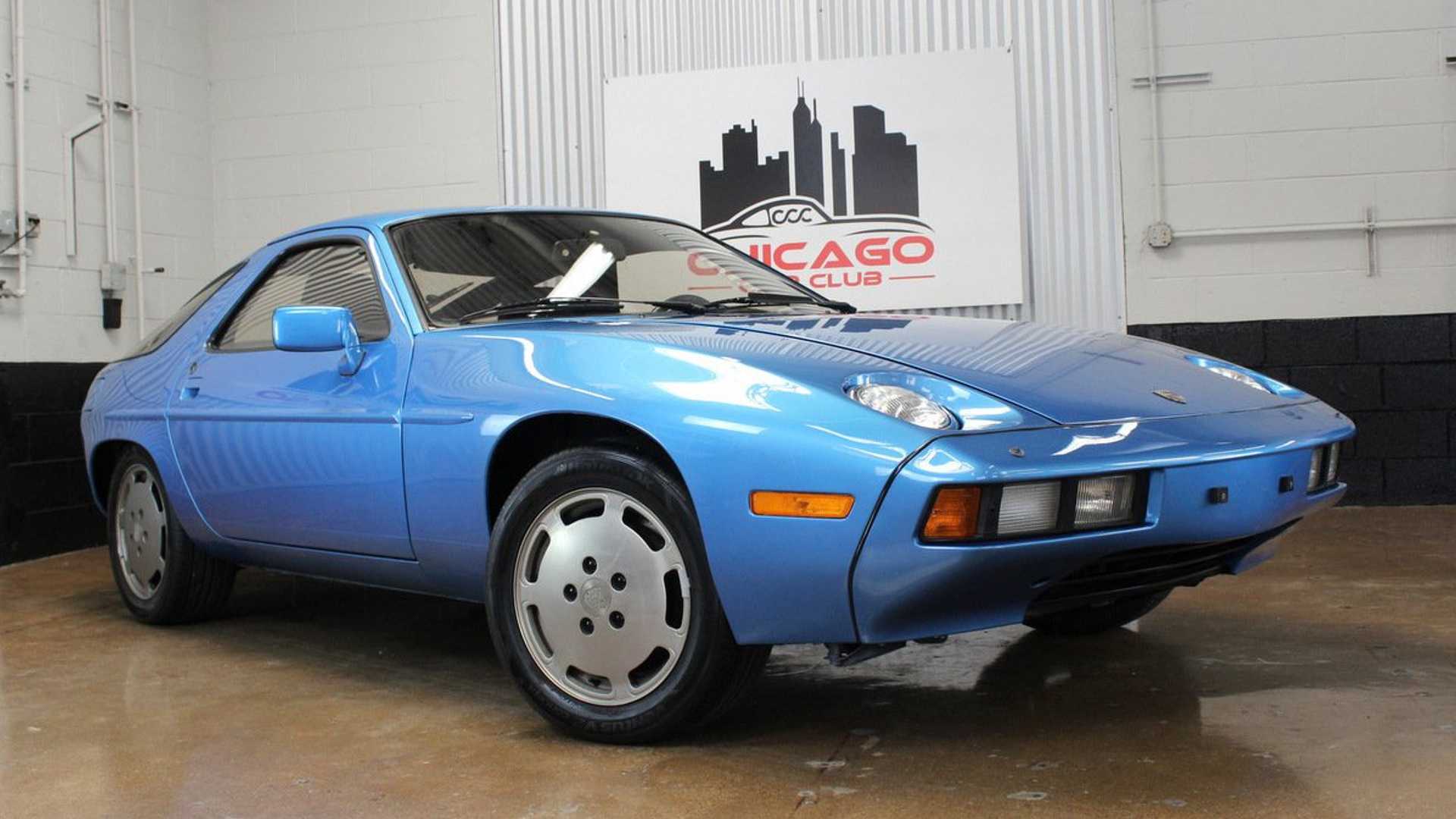 The Porsche 928 is one of the few cars ever to have pop-up headlights that weren't exactly hidden. When retracted, you could easily see the headlight bulb, but when the lights turned on, they would fold up to project the light onto the road. What makes the 928's headlights special is that when the lights were on, the housings looked something straight out of the hotrod era. 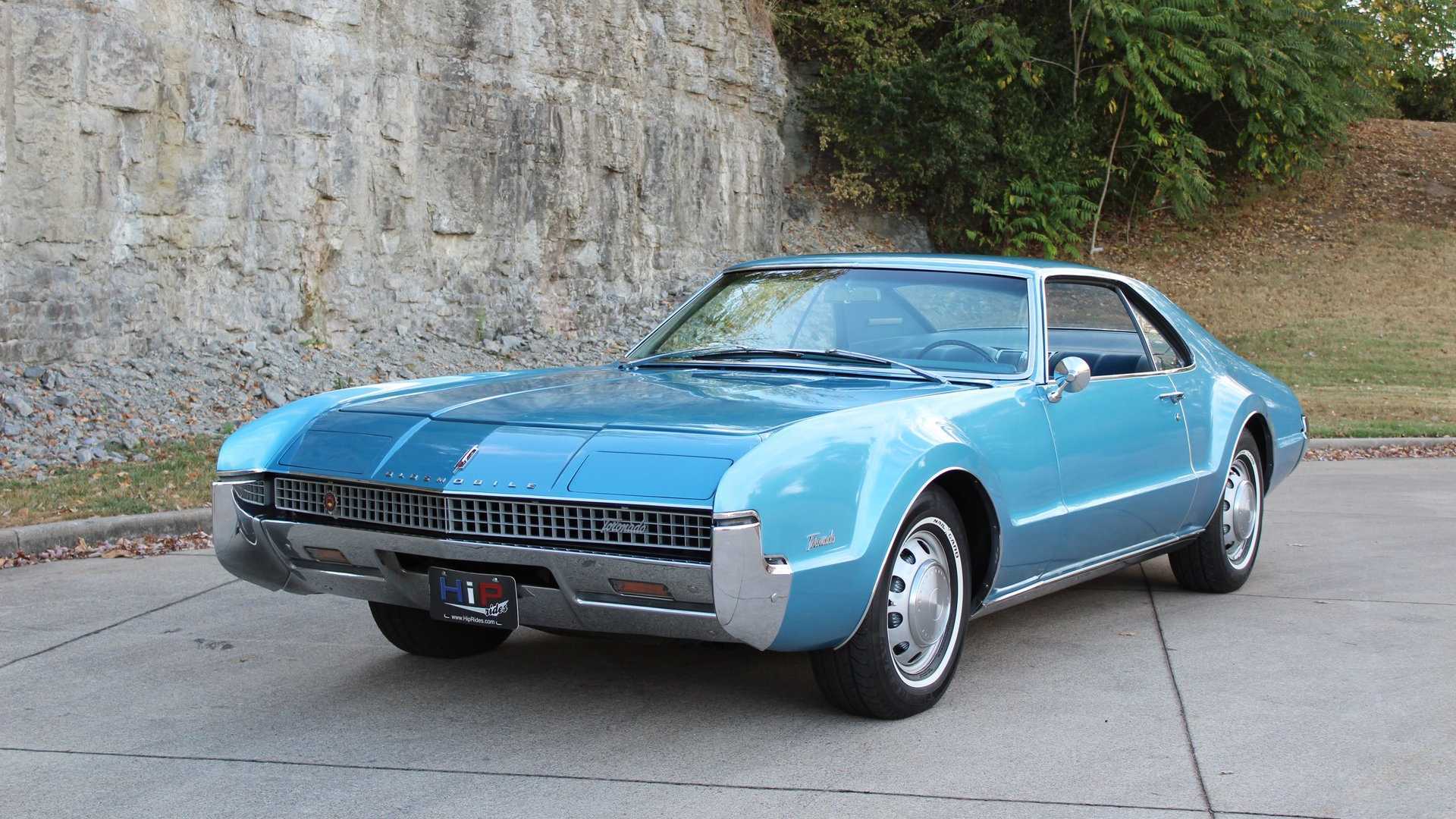 The Oldsmobile Toronado was the first American production car to have a front-wheel drive layout since the Cord 810, and like the Cord, the first-gen Toronado also had hidden headlights. Although this Toronado generation went from 1966 through 1970, it was the '66 and '67 years that had the better looking lights. These two years incorporated pop-up headlights above a very narrow grille and tall fenders, while the redesigned body had headlights hidden behind pop-up covers that mimicked the look of the grille. 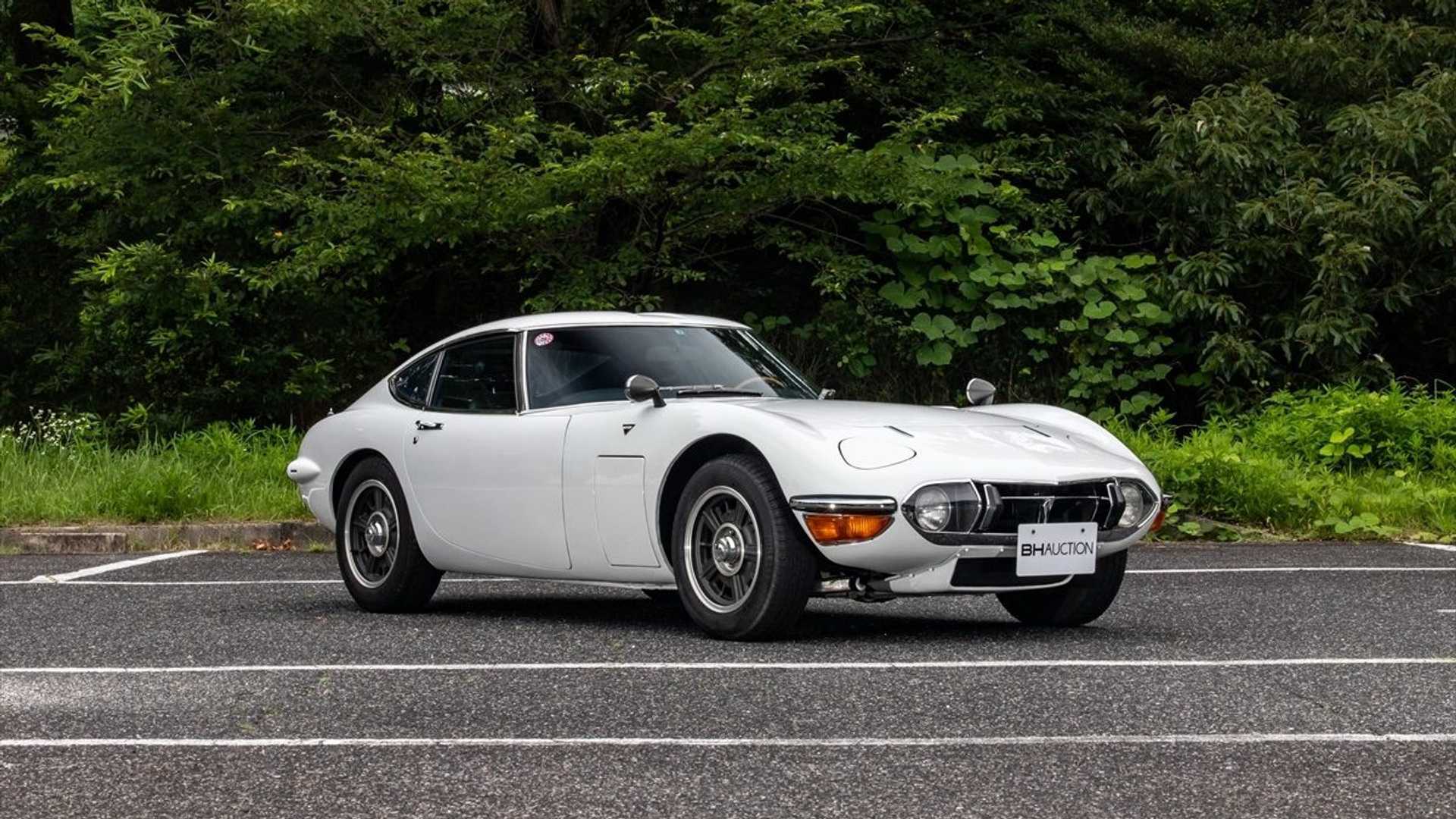 Among cars with pop-headlights, the Toyota 2000GT is definitely one of the most unique looking. Those large lights positioned lower in the grille are actually driving lights. The actual headlights are further up in the fenders, and they pop up with the painted covers still on top of the lights. With the headlights on, the 2000GT has a very friendly looking face! Unfortuantely, you probably won't see too many of these Toyotas driving around or at car shows as production was very limited and they don't come up for sale that often. That being said, one did just sell in Japan recently for $821,000. 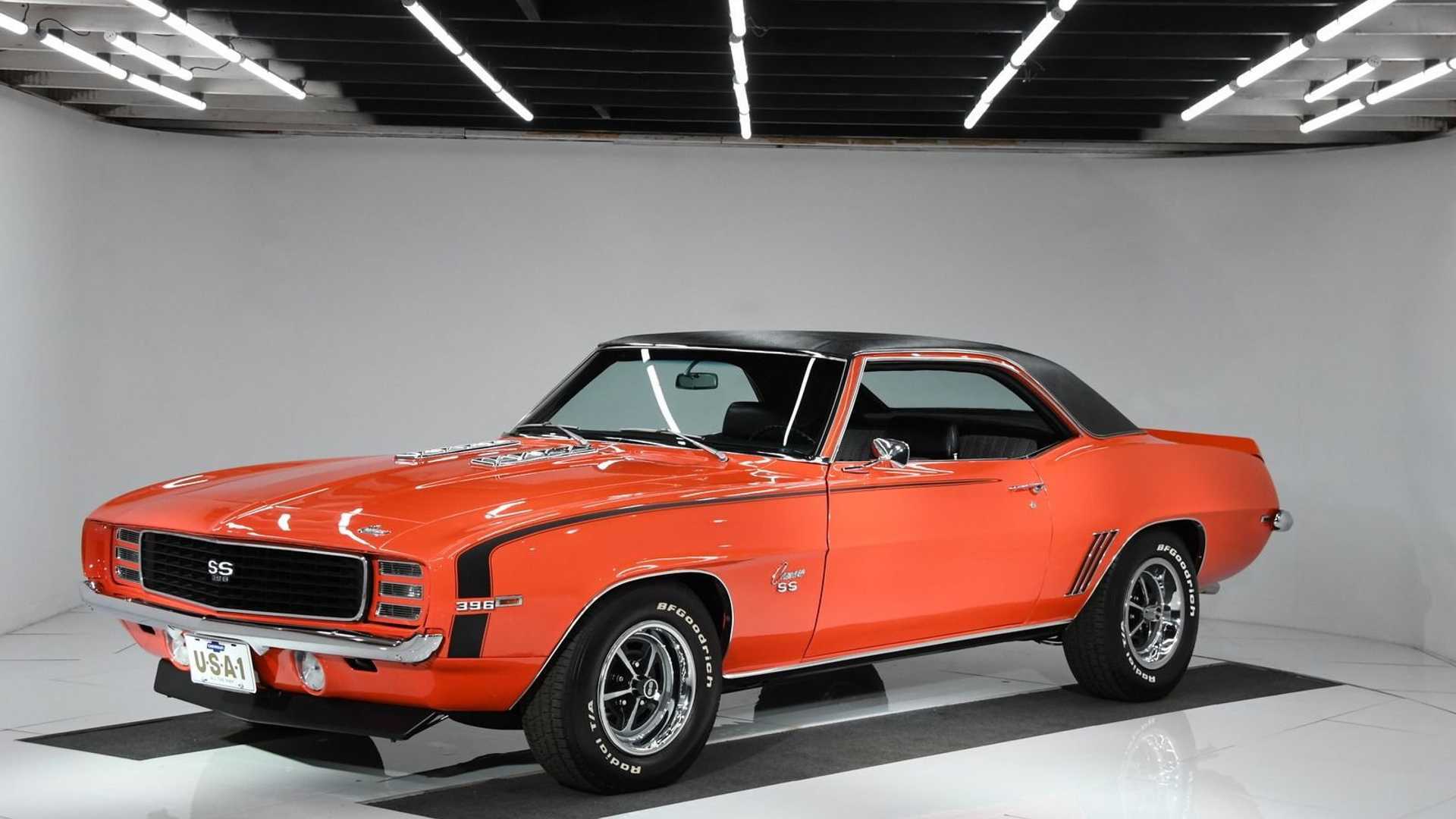 In the 52 years and five generations of the Chevrolet Camaro, the only time this car ever had hidden headlights was in its first three years. Among other features, the RS package added headlight covers that would slide toward the center of the grille when they were turned on, and the best-looking application of this was found on the 1969 Camaro (shown above). Instead of an all-black grille, the '69 Camaro RS had louvered light covers that were painted to match the body. 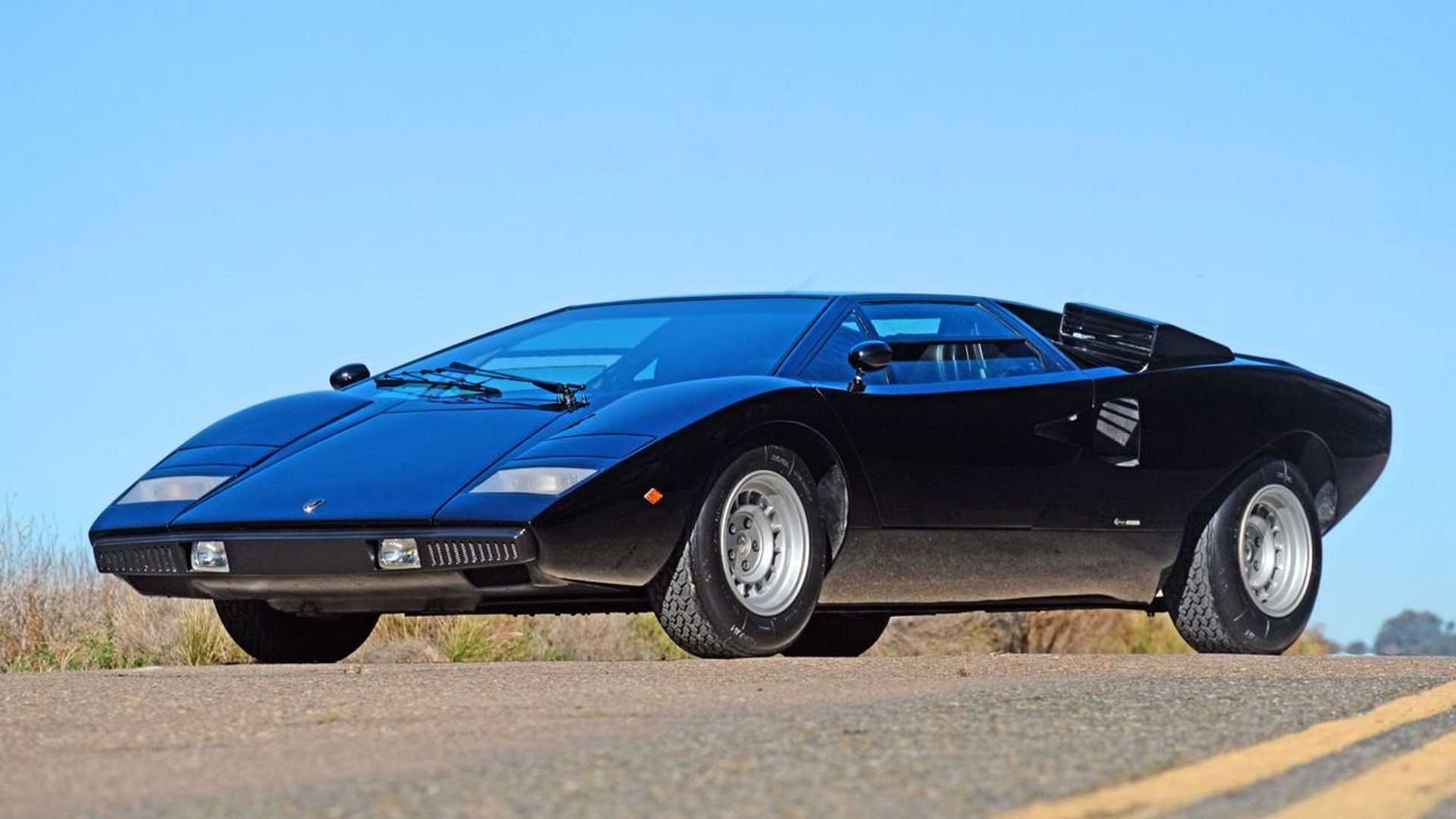 The Lamborghini Countach is probably one of the most iconic and well-known examples of pop-up headlights allowing the car to offer its low, wedge-shaped nose. There are two rectangles on the Countach's nose with the lower being the running lights and the upper being for the hidden headlights. When it comes to style, the Miura might have the most unique looking headlights, but the pop-up lights of the Countach help to define this car's overall design. 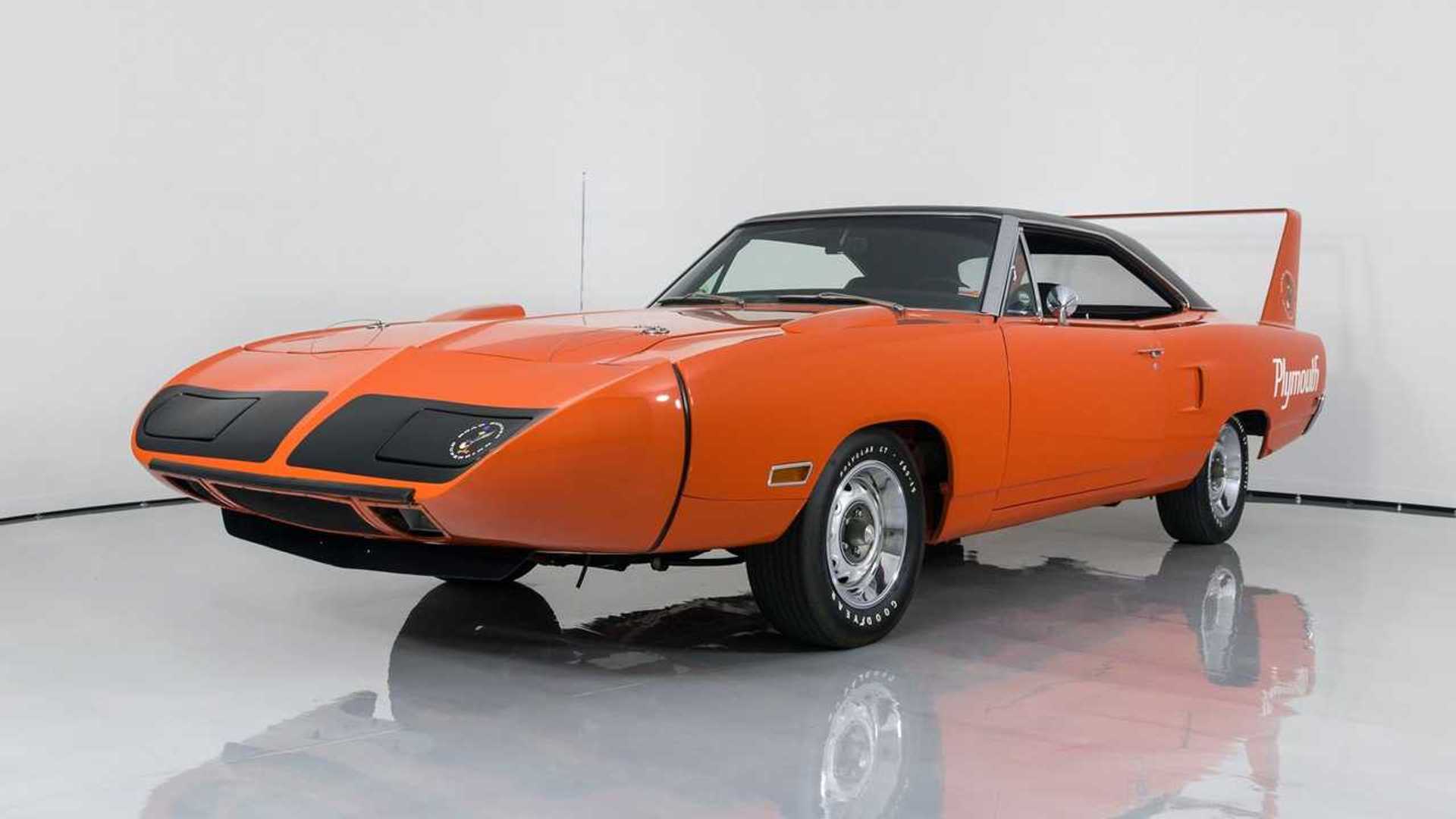 Perhaps the most well-known of the hidden headlight cars are Chrysler's aerodynamic homologation racecars, the 1969 Dodge Charger Daytona and the 1970 Plymouth Superbird. Unlike other cars with pop-up headlights, these cars were created with very little styling in mind – it was all about aerodynamics! An interesting fact, though, is that the nose cone for the Superbird and Daytona is unique to each car. 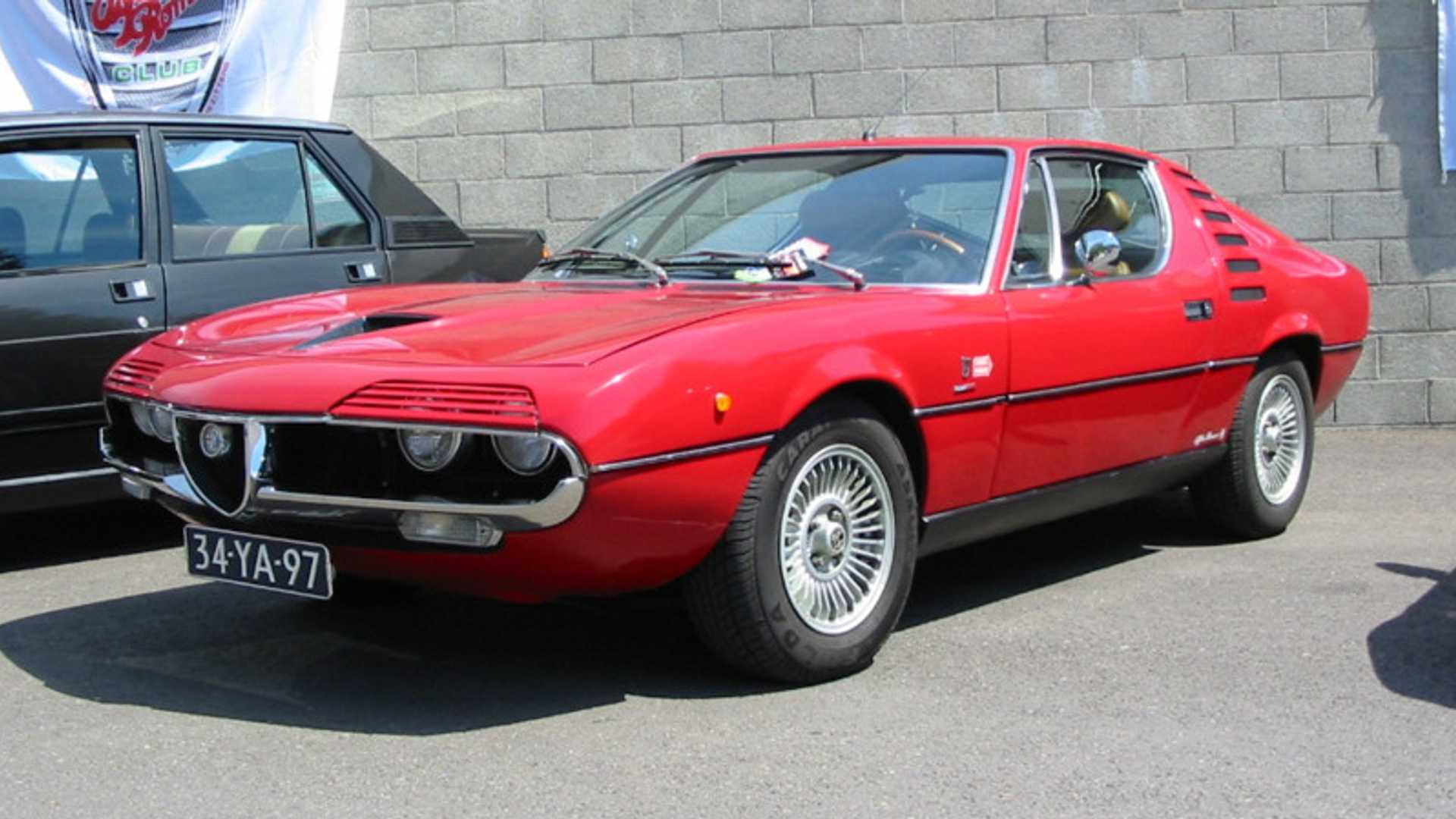 Ok, so the Alfa Romeo Montreal doesn't actually have fully hidden headlights or are even retractable, but they still look really cool. With the headlights turned off, there were louvered covers that partially obscured the lights, and they folded up and out of the way when the lights were turned on. The cool part of these lights is that they exist for a purely aesthetic purpose, and they resemble the shutter shades that were a fashion trend in the 1980s. Although it was never sold in North America, the Montreal was never sold in the U.S., but because of its age, they are now legal for importation.

Here's one that was recently up for sale. 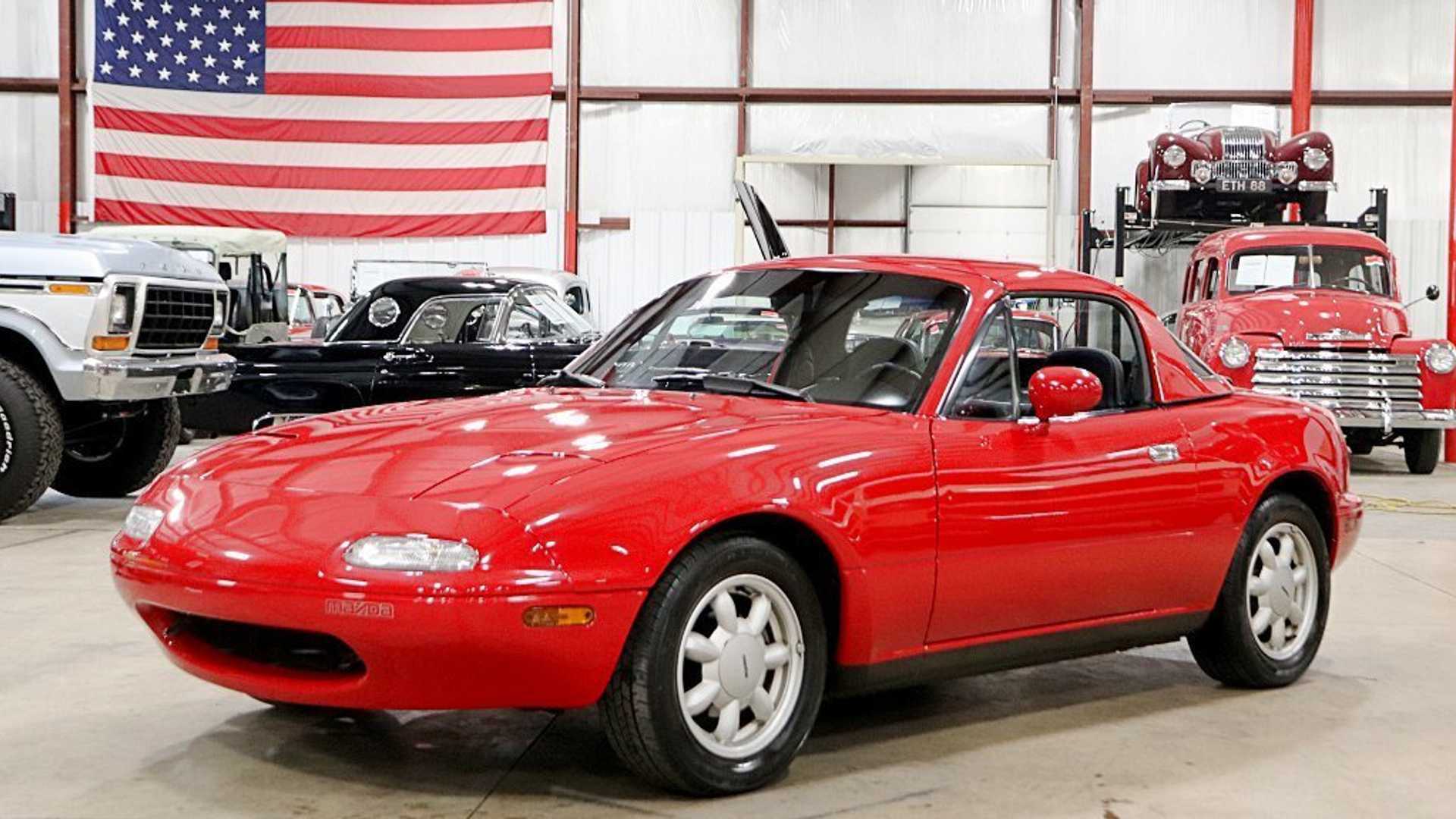 What made the headlights of the first-generation Mazda Miata so special was their size. Considering the car's small size and sloping front nose, when turned on, the headlights give the Miata a bug-eyed look. Of course, the pop-up headlights only last for a single generation of the Miata, but these earliest examples are still the best... looks included.