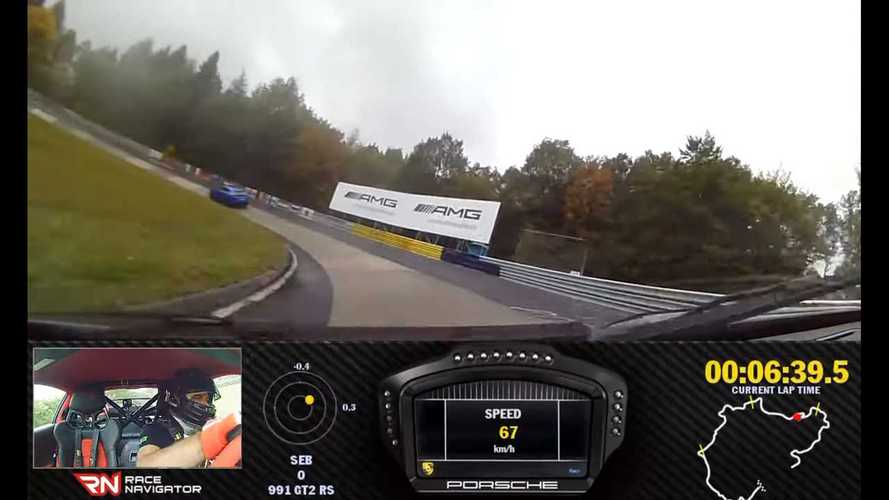 Power means nothing if you can't use it.

Rain is the ultimate leveler in motorsports. It doesn’t matter if you have 200 or 2,000 horsepower – getting that power to the ground becomes the true challenge in a wet race, as evidenced in this video from Sebastian Vittel.

No, it’s not that Sebastian Vettel (note the i in his last name), but this Porsche 911 GT2 RS driver isn’t without some skill behind the wheel. He also has no small amount of courage, because the fearsome widowmaker is already a handful when the Nürburgring is dry. As the video and photo gallery clearly show, this lap at the Green Hell might as well involve something with a hull and an outboard motor.

The vehicle in front of this 911 doesn’t have an outboard engine, but more than a few people might call it a boat. The Lamborghini Urus is 2.5 tons of high-performance SUV, and while it’s not the most capable off-roader in the land, it has enough ground clearance to positively scoff at any standing water around the Nordschleife. It also has a twin-turbo 4.0-liter V8 with 650 hp driving all four wheels, whereas the GT2 RS sends its 691 horses solely to the back. In ideal conditions with a fearless driver, the Porsche can lap the ‘Ring in under seven minutes.

In the rain, it’s a different story. Per the video description, someone with the enthusiastic nickname Powerslidelover climbed into the blue Urus seen in this clip and took to the track with the 911 following close behind. Early on we see what happens when the GT2 RS tips into the boost, and as such, the driver keeps the throttle well away from wide open for the duration of the lap. In fact, the highest speed we see from the Porsche is just 214 km/h (133 mph), and that comes right at the end of the run. The hypercar never passes the Urus or even gets close, and lest you think Mr. Vittel was sandbagging, the video description flat-out says the big Lambo was faster in the wet.

Now, how about a rematch when the waters recede? 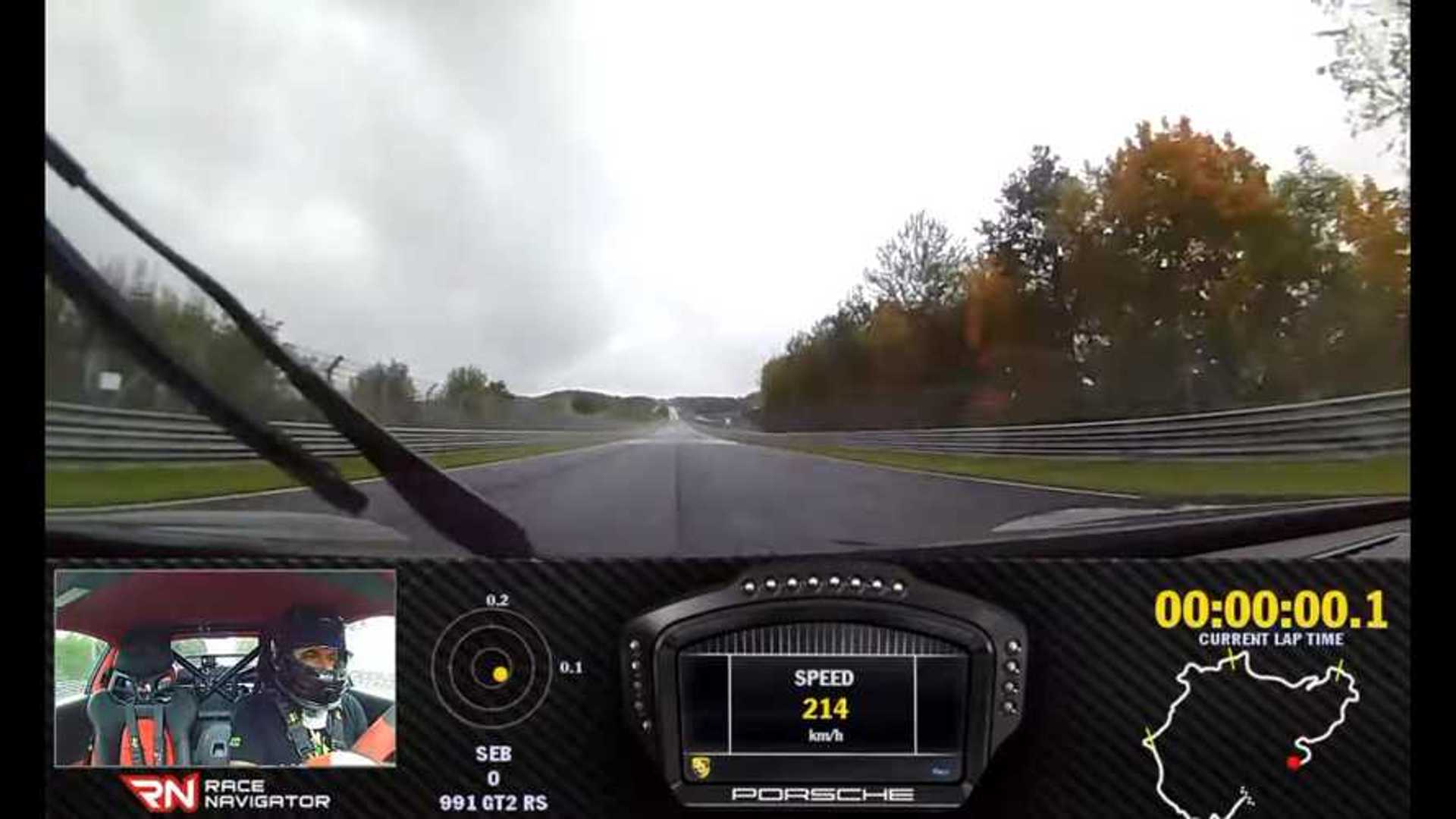 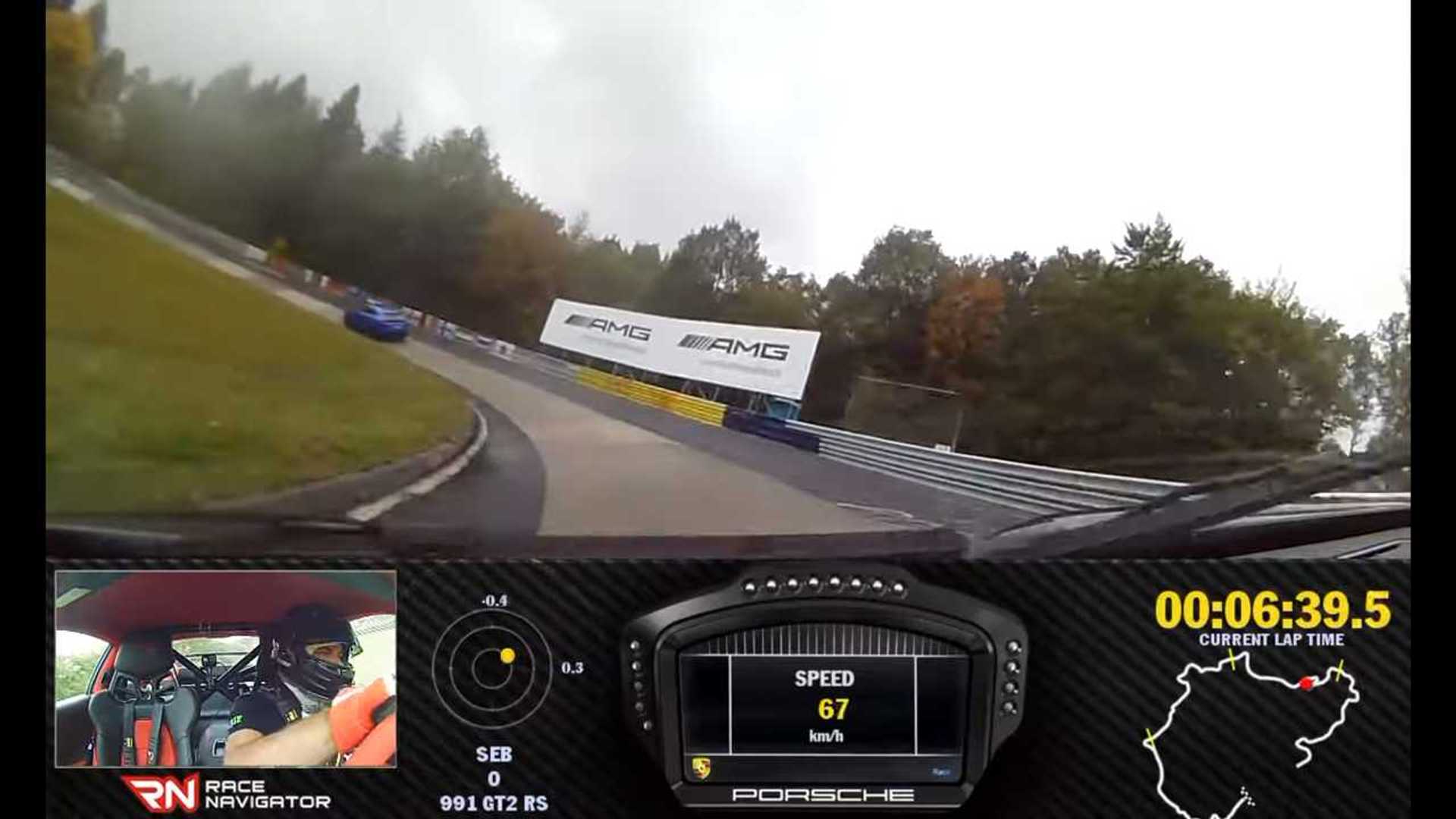