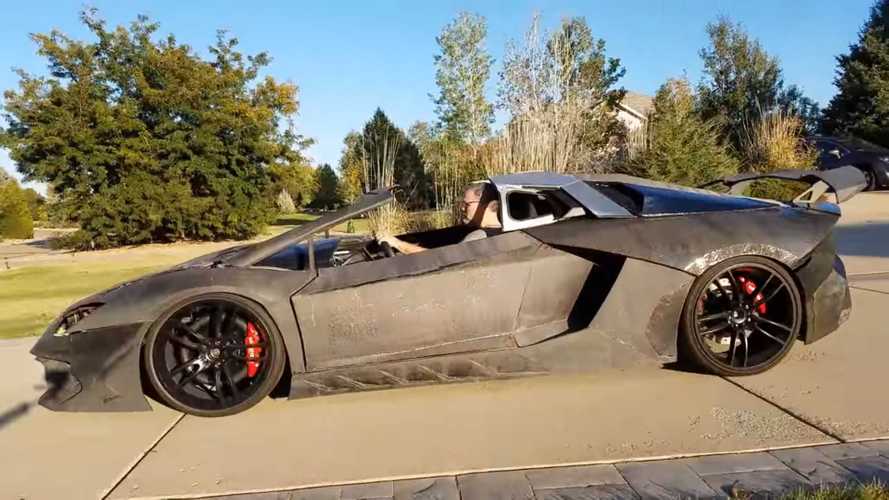 It's a work in progress, but it's got a Corvette V8 and carbon fiber wrap over the plastic body panels.

If you want a brand new Lamborghini Aventador, the cheapest model available will still cost you over $400,000. Granted, that price gets you an Aventador S with all-wheel drive, four-wheel steering, active suspension, and oh yeah, a 740-horsepower (552-kilowatt) V12 that sings like angels and demons coming together for a global fundraiser at Wembley. The one in the video featured above doesn’t have any of that, and actually, it’s not technically an Aventador at all. But it’s not nearly as expensive and it’s way cooler, and not just because it looks like some kind of apocalyptic battle car.

Dad Teaches Blind And Autistic Son How To Shift Gears

According to CBS Denver, this vehicle is the product of an ambitious dad with access to a 3D printer, seeking to fulfill his son’s wish. Xander Backus is a Lambo-dreaming 11-year-old who, after taking a digital ride in an Aventador through a video game, turned to his dad Sterling and asked if they could build one in real life. Sterling, presumably being of sound mind and considerable ambition, took the challenge literally and started the project you see here.

Admittedly, there’s a bit more to it than just a dad deciding to build a Lamborghini. The CBS report identifies the elder Backus as being something of a gearhead who’s also a physicist, so he’s at least familiar with numbers and designs and technical stuff. To get the Aventador’s shape dialed in he allegedly used toy models to make measurements. Yes, the plastic body panels were created on a 3D printer in numerous sections then glued together, after which everything was wrapped in carbon fiber to strengthen it all up.

As you can probably hear from the video, this homebuilt Lambo doesn’t have an angelic V12, but it’s still snorty and mean-sounding with a Corvette-sourced mid-mount V8. We don’t have all the details on the powertrain, but it’s still an obvious work-in-progress. We see some rather aggressive seats in the greenhouse, and those Wilwood brakes look pretty darned large. When this project is all done – which could happen by next spring – it might be one amazing performer.

Can car culture get any cooler than a dad literally building a Lamborghini from scratch because his son asked for it? Actually it can, because this father-son duo are also using the car to help inspire kids to get excited about math, engineering, and science – three things you absolutely need if you aspire to even make small modifications to your Honda Civic, never mind creating a homebuilt supercar. 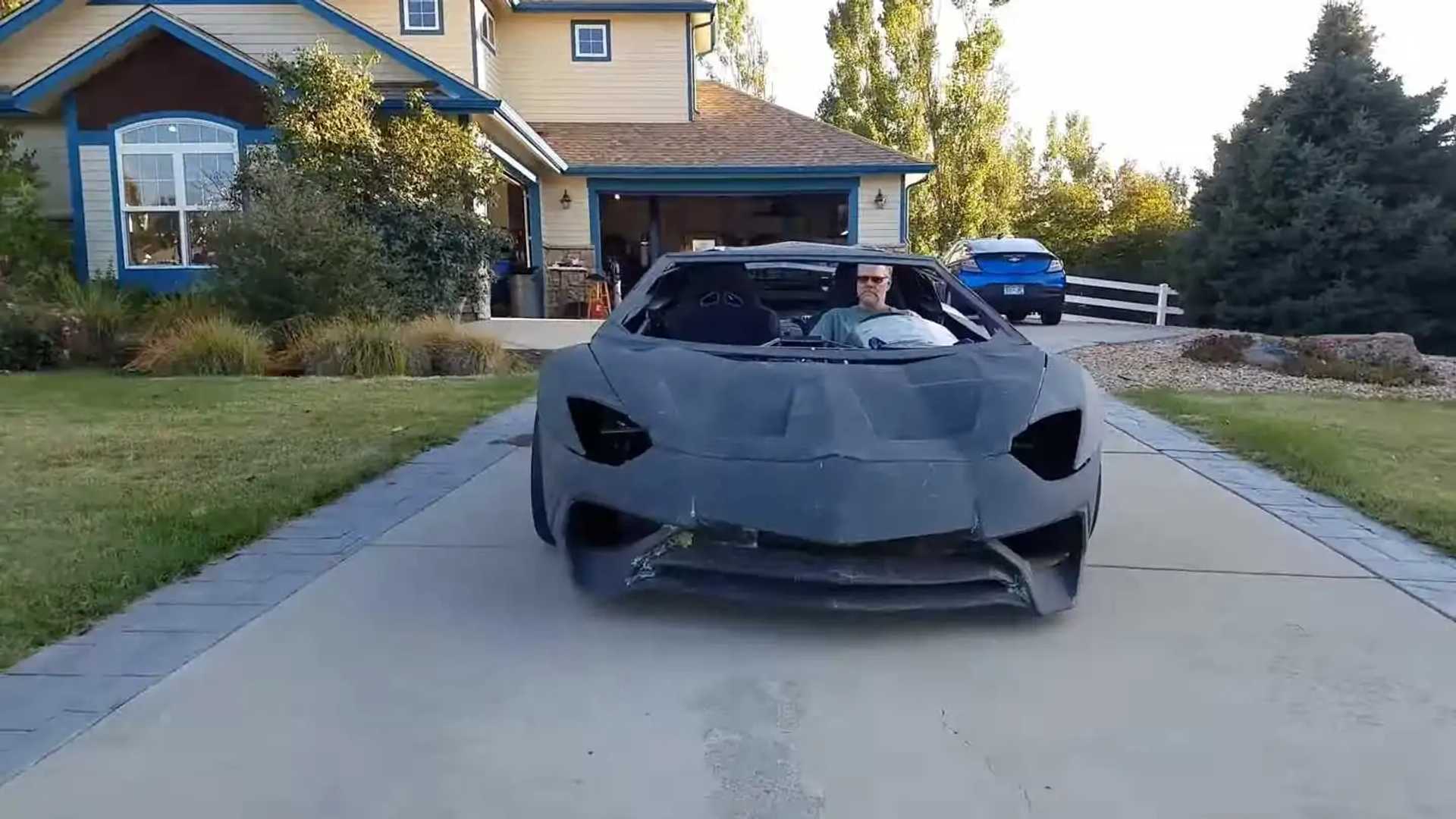 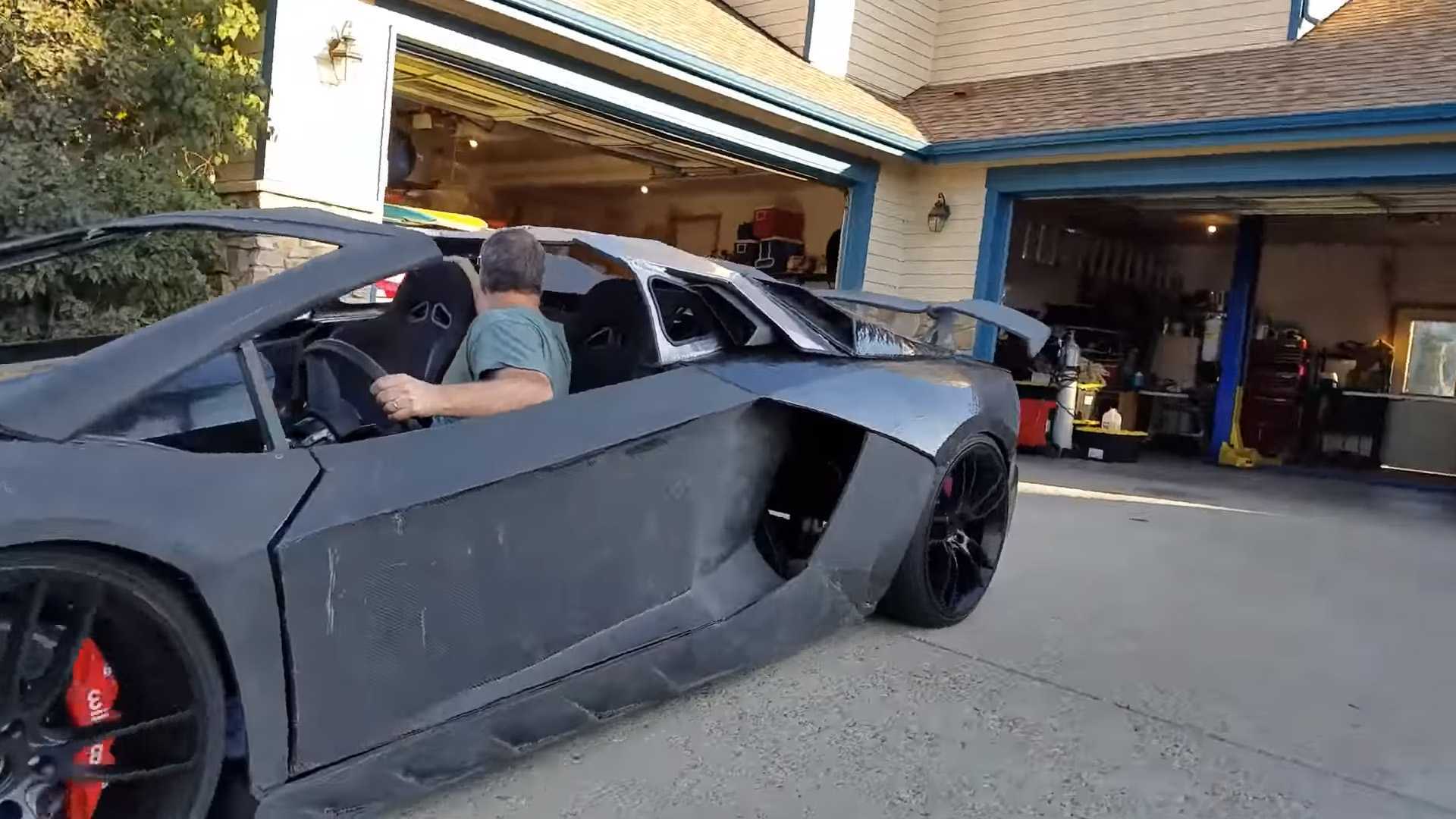 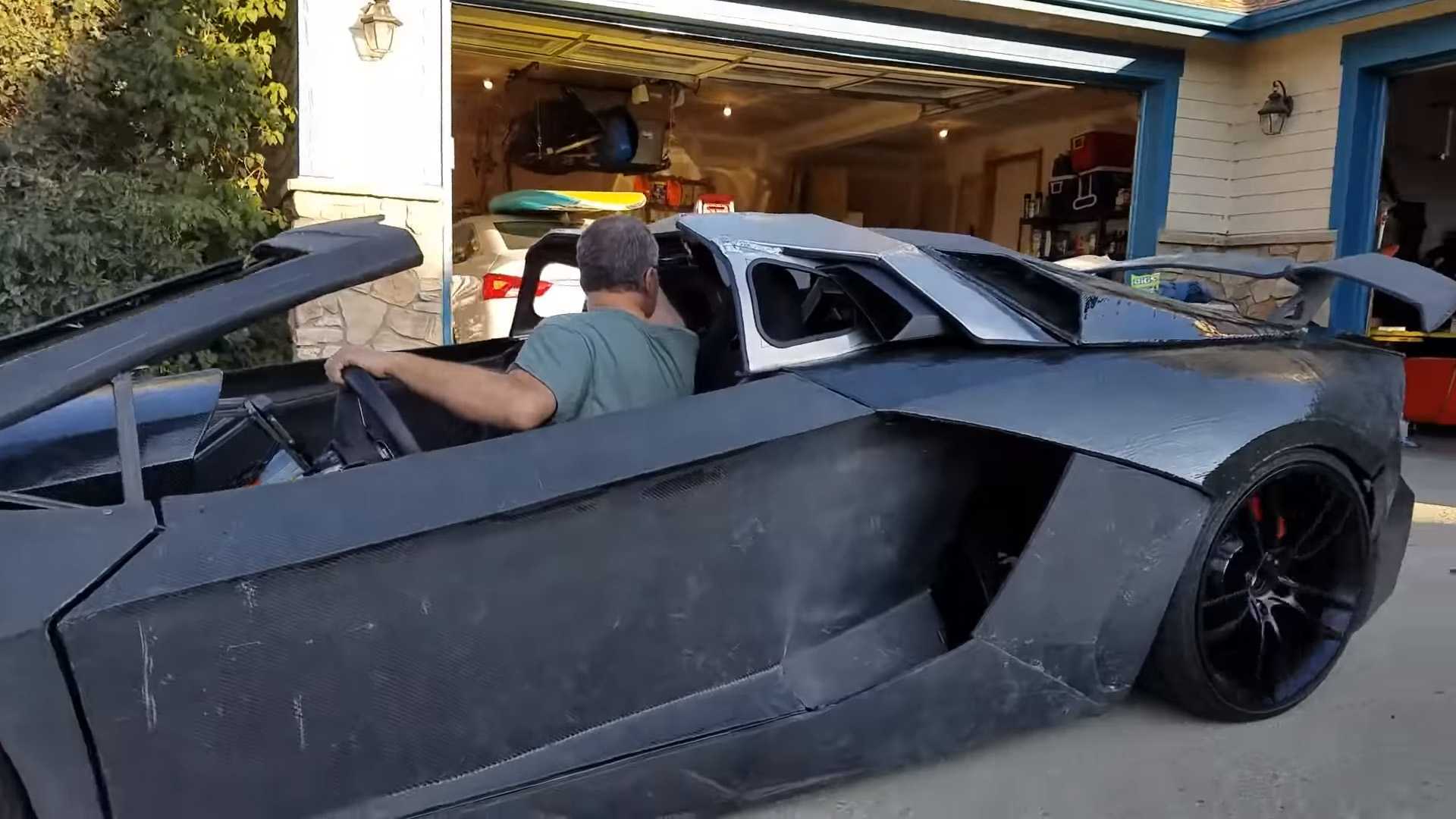 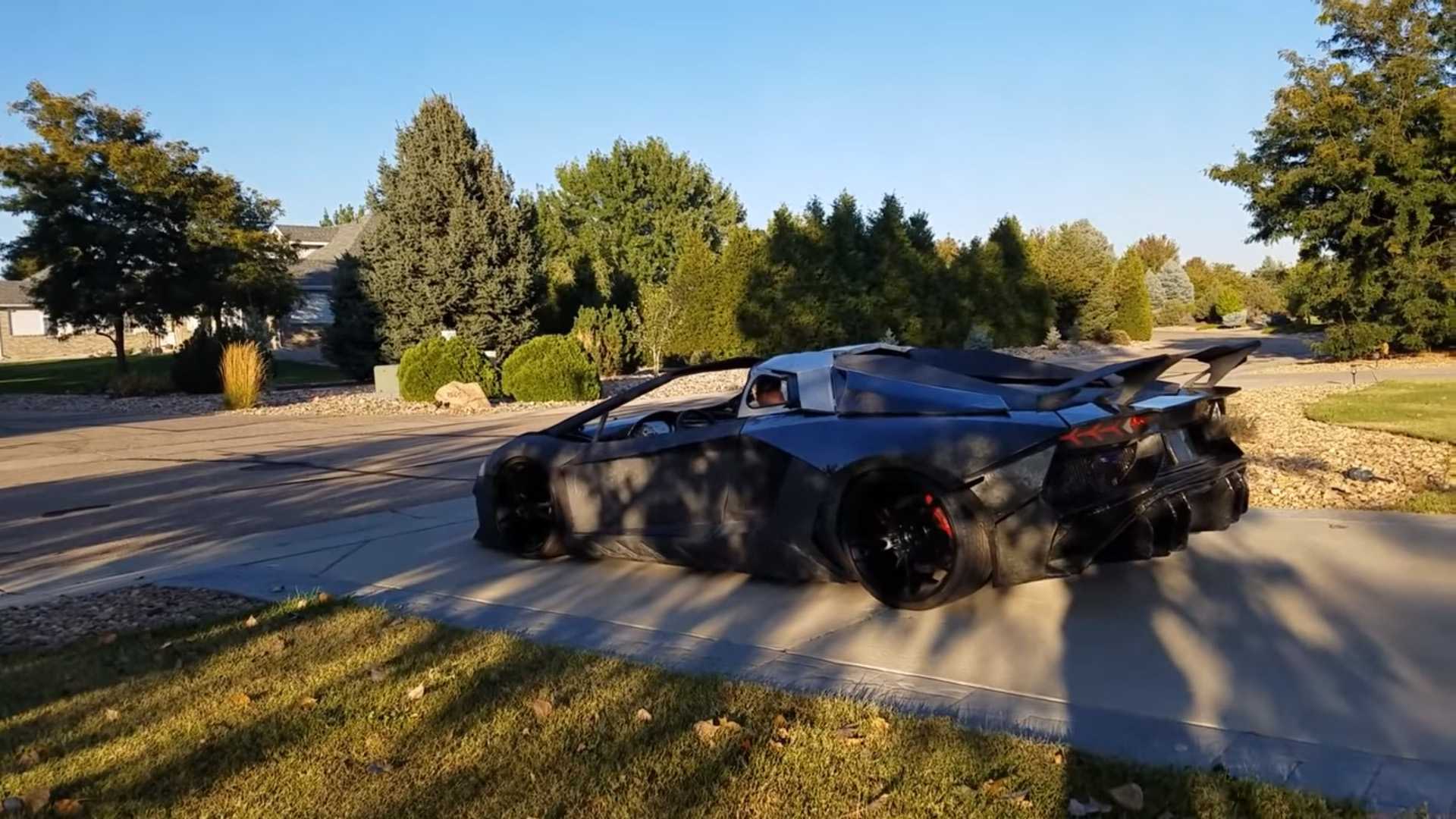 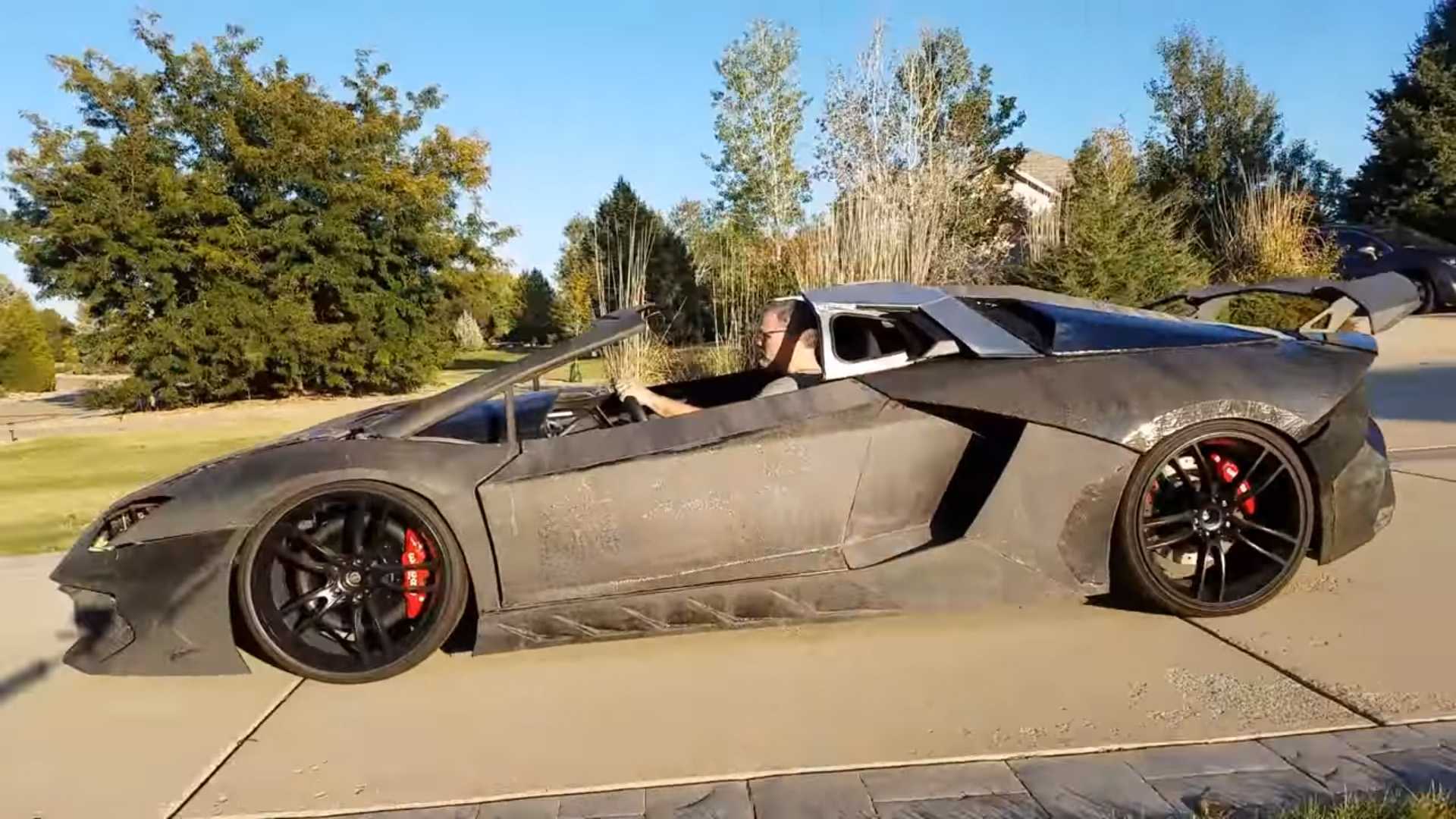