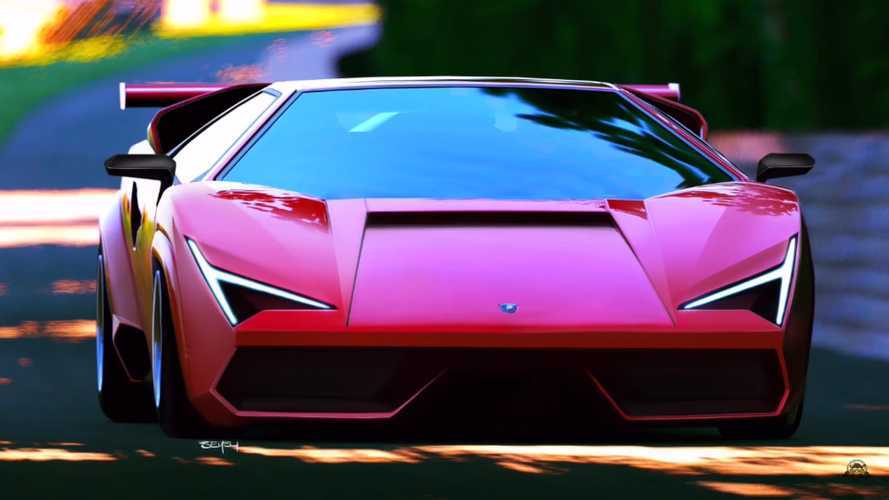 A tribute to the supercar legend.

With 1,983 examples produced, the Countach is one of the most successful models of Lamborghini. It’s not only a market hit but also a pioneering supercar when it comes to design. It popularized the sharply angled "Italian Wedge" design language that, at least in our eyes, looks attractive even today, almost 50 years after the introduction of the Lancia Stratos Zero concept that embodied it.

Of course, cars today feature many design and styling elements that help them look more modern and more recognizable. In his new video, designer TheSketchMonkey tries to incorporate some of these components into the design of the Countach in order to create a spiritual successor to the legendary supercar.

First, he works on the front end of the car and tries to make it sharper with a more aggressive bumper. Then, he adds side air intakes and moves to the headlights. The new units follow the Countach’s angular philosophy but feature LED daytime running lights and blackened internal graphics. A few more touches, like the reshaped side mirrors and more sculptured hood, round up the redesign.

Another video from two weeks ago (see above) details TheSketchMonkey’s work on the rear end of the car, where he follows a similar recipe. For example, gone are the three-section taillights, replaced by single-piece clusters at each side connected with an LED strip.

In line with the new design, we can imagine a hybrid powertrain motivating the revived supercar. The Sian’s 6.5-liter naturally aspirated V12 accompanied by a 48-volt mild-hybrid system for a total system output of 819 horsepower (602 kilowatts) seems like a good fit for the modern-day Countach. Of course, a smaller electrified twin-turbo V8 would also make sense.

Lamborghini Countach Render Is What Bedroom Posters Are Made Of

This Is The True Story Behind The Lamborghini Countach Name

Go Inside The Lamborghini Countach With These 7 Cutaway Closeups