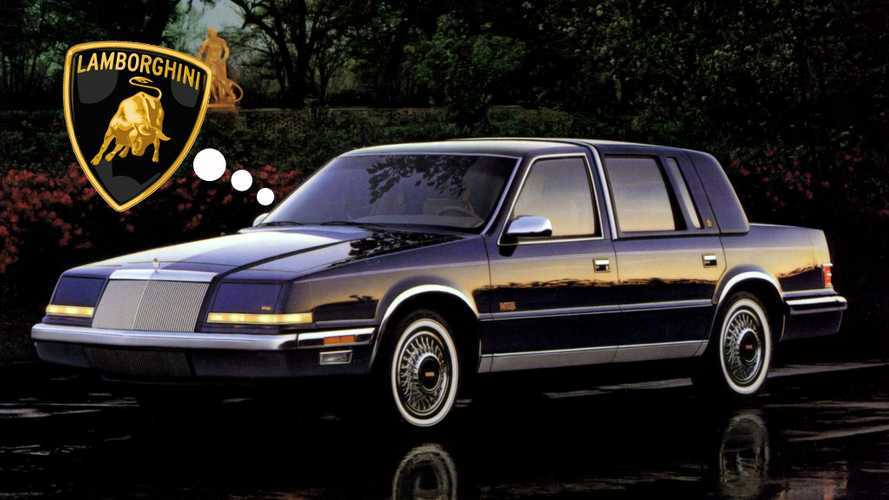 Friends, how amazing would it be to have full disclosure of all the crazy things automakers have considered over the years? Some of those hidden proposals occasionally make their way beyond the halls of world headquarters, like the SVT-powered Ford Crown Victoria (aka the Cobra Vic) that ultimately became the Mercury Marauder muscle sedan in 2003. Fortunately, famed auto executive Bob Lutz is happy to share at least some of his stories from days gone by, and frankly, we’d be happy to spend years listening to tales from his decades-long tenure in high-ranking positions with all three Detroit automakers.

The World According To Lutz:

Bob Lutz Lists The Shadiest People He Ever Worked With

He recently regaled the Road & Track team with something that blows our mind, yet at the same time isn’t that much of a surprise. For a fairly short period of time in the late 1980s and early 1990s, Chrysler owned Lamborghini. That was during Lee Iacocca’s tenure as Chrysler’s boss, and while most people know about the Lamborghini-Chrysler relationship, Lutz explains that Iacocca saw the Italian brand in a very different light. Specifically, it was being considered as an upscale trim to existing Chrysler models, which at that time meant Lamborghini-badged K-cars. You read that right – K-cars with Lambo branding. Because you know, the tarted-up Chrysler Lebaron with leather and a Maserati badge was so well received.

How close did this come to fruition? According to the article, an early 1990s Chrysler Imperial was given a Lamborghini makeover with a dropped suspension, bright red paint, gold wheels, tan leather seats, and enough Lambo badging to block the entire windshield of a Countach. Meanwhile, the bones were still K-car to the core, including a humdrum V6 driving the front wheels.

As Lutz explained it, there were legit car guys in the Chrysler realm that didn’t want this to happen. Obviously (and thankfully) the Chrysler marketing plan for Lamborghini never went through, and the Italian brand was sold 1994 before other nasty ideas could materialize. The short marriage did have one shining moment, however – the all-aluminum V10 engine that would fill the Dodge Viper’s engine bay in 1992.

Lutz has a few other interesting things to say in the article, and it's worth a read. Here’s hoping more inside stories from the halls of Detroit are in our future.