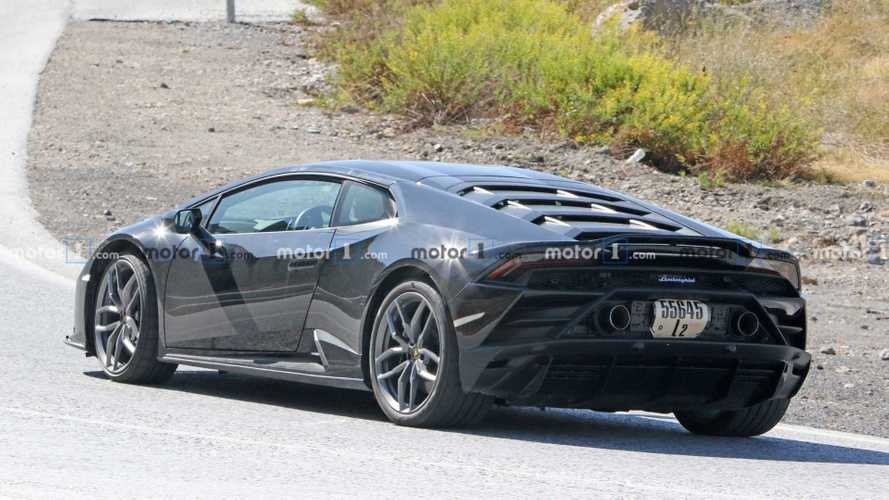 Could there be a Huracán Evo Performante in the near future?

Here’s something completely different for your Thursday. Actually, it's not really that different – this is just a Lamborghini Huracán Evo, right? To be completely honest, we’re not sure what’s going on with this car, but we can say it’s not a typical Huracán. At least, not on the outside.

These images come from our spy sources across the pond, and they are interesting for three reasons. One, the number plates front and rear identify it as a test vehicle. Two, the Evo-specific front fascia is taped in place almost as if it was an afterthought. And three, we’ve never seen that kind of engine cover on a Huracán. That’s the most interesting aspect of these shots, and it’s the reason we present them here for your opinions.

Ordinarily, our spy teams uncover a bit of inside information regarding test vehicles caught on camera, but this time we’re completely in the dark. The rumor mill is silent, and if this is the precursor to yet another Huracán variant, nobody at Lamborghini is talking. The engine cover looks like something we’d expect to see on an Aventador – it’s not anything we’ve seen on the Huracán thus far – and what’s up with the janky Evo front fascia? The rear fascia and side trim are clearly from the Evo and look properly installed, but the front clip looks like a placeholder to us.

We offer a couple of possible explanations. This could simply be an older Huracán Evo test car that, for reasons unknown, is out for a drive. Such things happen all the time in the automaker world, but we propose a second theory that’s a bit more fantastic. Could this be an Evo Performante? That might explain the different engine cover and the rough-around-the-edges front fascia. Such an offering would likely have lighter-weight components and aero tweaks to the front, not to mention additional power.

What do you think? Could Lamborghini have another hardcore Huracán in the works, or is this just an old prototype out for a joyride? 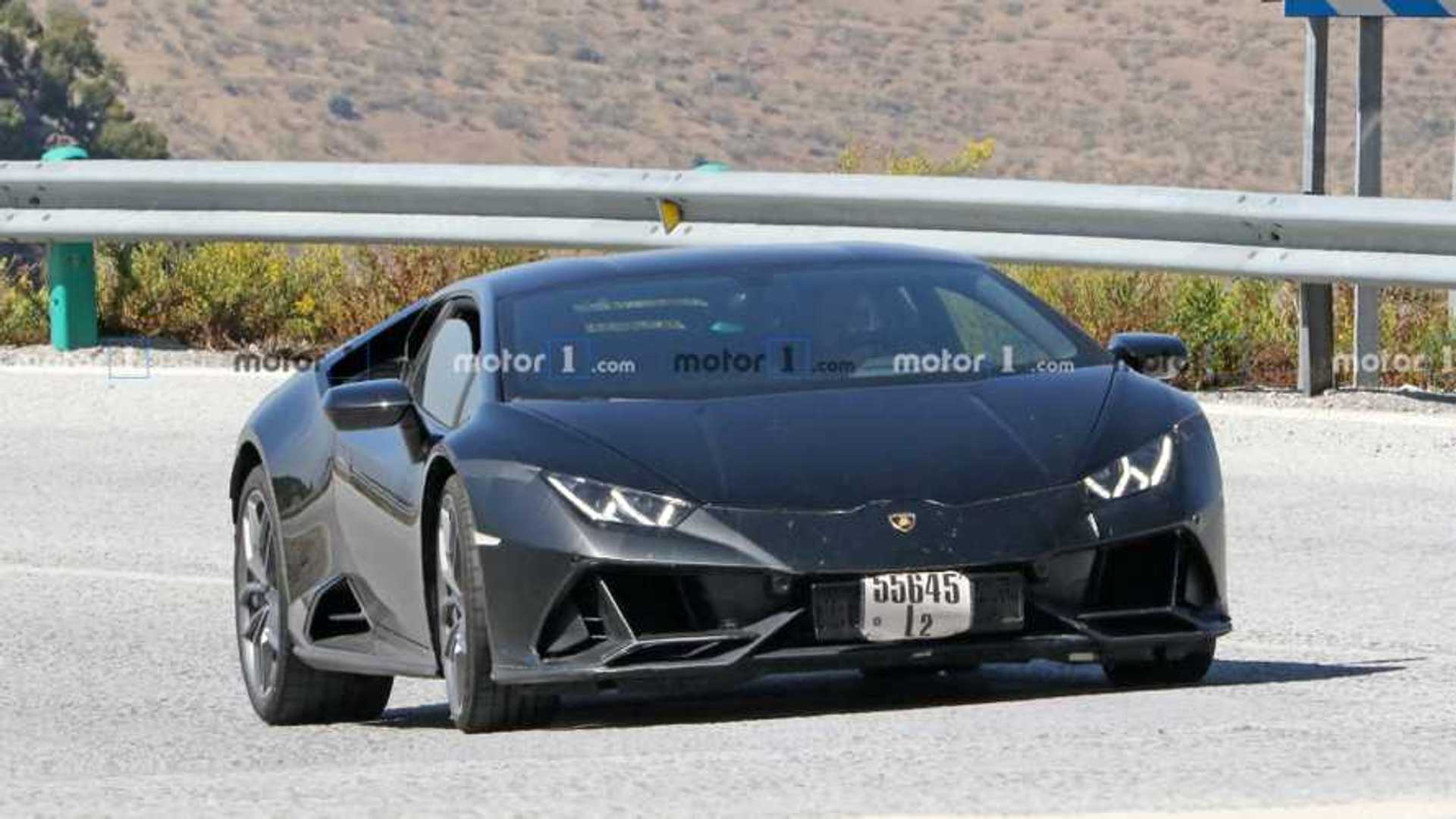