The latest Huracan is also the most hardcore.

Even with the air conditioning blasting cold air at me from every direction, I felt a bead of sweat run down my face as I came over the crest at Turn 6 at Willow Springs International Raceway, pushed the throttle to the floor, and fired off another upshift.

Roughly 45 seconds earlier I had flirted with 160 miles per hour before standing on the brake pedal to scrub off speed for Turn 1. And not long after that, I was dialing in some opposite lock to bring the rear end back in line while climbing the hill between Turns 3 and 4. The Lamborghini Huracan STO was making me earn that lap time – or at least feel like I was. 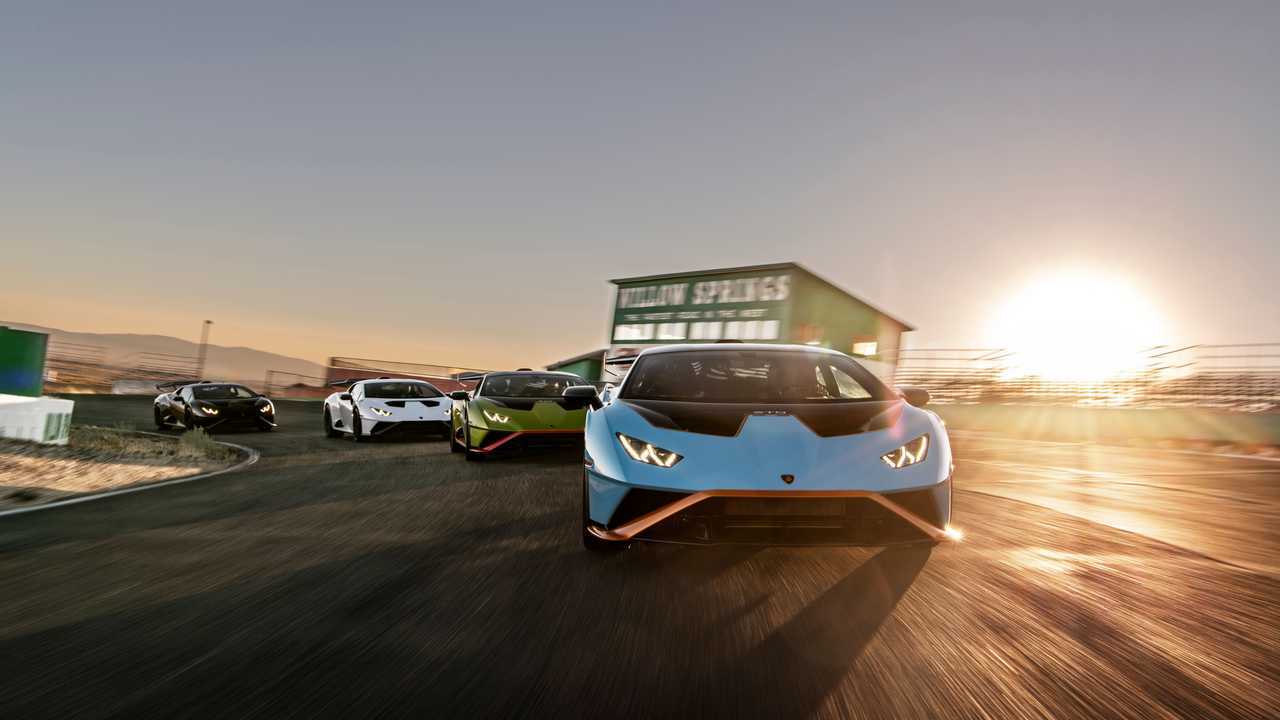 The term “track-tuned” gets thrown around a lot in the performance world, but very few road-going vehicles own it like the Lamborghini Huracan Super Trofeo Omologato does. Ostensibly a homologation special derived from the Huracan Super Trofeo EVO and the Huracan GT3 EVO race cars – the latter of which won its class at the 24 Hours of Daytona three consecutive times between 2018 and 2020 – the STO is the distillation of the Huracan down to the core essentials required for road course prowess.

I know, I know – you’ve heard something along those lines before. But while Lamborghini also developed the Performante with the track in mind, the STO embodies a significantly different development philosophy and benefits from a range of new technologies that were introduced with the debut of the Evo back in 2019. It might be easy to dismiss the array of scoops, vents, and winglets as simply Lamborghini being Lamborghini, but the Italian automaker has been adamant that form follows function in the case of the STO.

The term “track-tuned” gets thrown around a lot in the performance world, but very few road-going vehicles own it like the Lamborghini Huracan STO.

To illustrate this, Lamborghini invited me out to put this new weapon through its paces on a course that’s known as “The Fastest Track in the West.” What I discovered is that the myriad of circuit-honed tweaks on hand not only make the STO a formidable performance machine, but they also result in what may be the most exhilarating road car Lamborghini has ever produced.

Although the STO is eligible to wear a license plate, it’s clear even from a glance that the track is its natural habitat. Sporting bodywork that’s now 75-percent carbon fiber, the hood, front fenders, fascia, and splitter are now a single piece that Lamborghini has dubbed the “cofango,” while the unique rear fenders take inspiration from the Super Trofeo EVO and score NACA-style air intakes.

Speaking of intakes, in case you missed it, that roof snorkel is new, as is the engine cover. Both are designed to improve engine cooling, while the integrated shark fin is part of a larger aerodynamic strategy that includes a new manually adjustable, three-position rear wing.